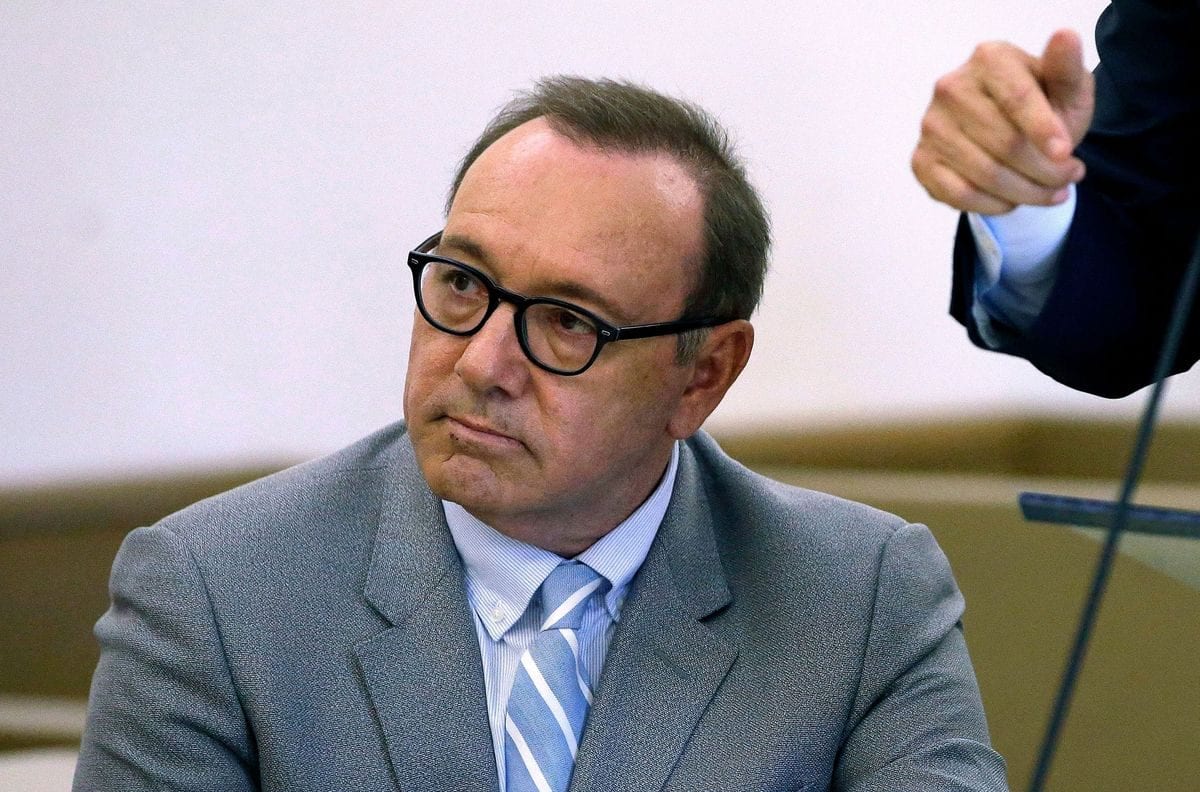 Actor Kevin Spacey is being sued by two men who say he sexually assaulted them whilst they were young teenagers in the 1980s.

One of the accusers is actor Anthony Rapp, best known for the TV series Star Trek: Discovery. Rapp first made allegations against Spacey in October 2017. The second accuser is anonymous in the case.

Both men say they were 14 when Spacey allegedly assaulted them, they are suing him for unspecified damages, claiming to have suffered psychological damage.

In Rapp’s case filed in New York, he says Spacey invited him to a party at his apartment in Manhattan in 1986. While there, he says he was the victim of an “unwanted sexual advance” when Spacey grabbed his buttocks.

Anthony Rapp first made allegations in 2017

The second accuser says he met Spacey when he was 12 when Spacey was teaching an acting class in 1981. When he was 14, he alleges Spacey invited him back to his apartment.

Spacey then allegedly sexually assaulted the boy, according to the legal papers. The pair engaged in sex acts on multiple occasions, it is claimed, and during their first encounter Spacey ignored the boy’s “verbal and physical resistance.”

“This lawsuit sends a strong message that no matter how wealthy, powerful or famous you may be you are not above the law.

“Our clients are looking forward to their day in court and to obtaining justice for a crime that never should have happened,” said Peter J Saghir, the lawyer representing both men.

After Rapp made his allegations public, Spacey said he did not remember the incident but if it did occur, “I owe him the sincerest apology for what would have been deeply inappropriate drunken behaviour.”

Spacey has been largely shunned from Hollywood since Rapp’s allegations, which followed the Harvey Weinstein scandal and sparked a wave of similar accusations in the US and UK.

The two-time Oscar winner was sacked from his Netflix show House Of Cards and Sir Ridley Scott erased him from his completed film All The Money In The World, recasting Christopher Plummer in the role and spending millions doing reshoots.

Spacey has faced legal action in LA, California and Nantucket, Massachusetts, but is yet to be convicted in any case. He is also being investigated by the Met Police.

My Tweets
We use cookies to help identify your computer so we can tailor your user experience, track shopping basket contents and remember where you are in the order process. WTX News Our Cookie Policy
Fall from Grace? Ellen to address ‘it’ as the show returns, a full rundown of the controversies
This Is Paris doc gives rare insight into the real Paris Hilton as she opens up about alleged abuse, fame and her $1bn goal
To Top
%d bloggers like this: