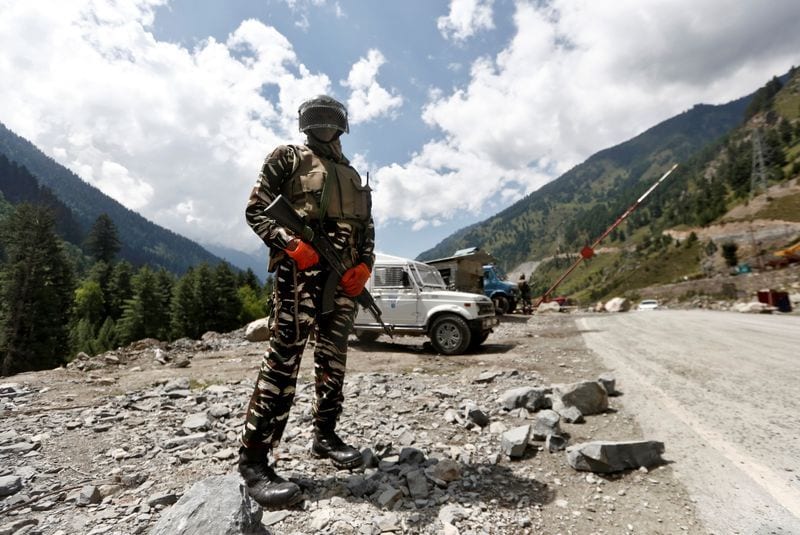 China and India agree to ‘quickly disengage’ at disputed border

China and India agreed in a joint statement from their Foreign Ministers on Friday that their troops must “quickly disengage” from a months-long standoff at the disputed Himalayan border.

The ministers met in Moscow to try and end the dispute, the most serious in decades at the border.

“The two Foreign Ministers agreed that the current situation in the border areas is not in the interest of either side. They agreed therefore that the border troops of both sides should continue their dialogue, quickly disengage, maintain proper distance and ease tensions,” the statement said.

Separately, China’s Foreign Ministry said it would maintain communications with India and commit to “restoring peace and tranquillity” in the border area.

Speaking further about the Moscow meeting, China said their Foreign Minister Wang Yi told India’s Foreign Minister S Jaishankar that the “imperative is to immediately stop provocations such as firing and other dangerous actions that violate the commitments made by the two sides.”

All personnel and equipment that have trespassed at the border must be moves and troops on both sides “must quickly disengage” in order to de-escalate the situation, Wang said.

“This deal is significant but on the other hand, I am still cautious. Let’s wait and see what transpires in the next few weeks and months. That will be the crucial test,” said Sumit Ganguly, a professor of political science at Indiana University in the US.

“I think both sides have considerable reasons to de-escalate,” he told Al Jazeera.

“In the case of India, the economy has cratered in the wake of the Covid crisis and the shambolic handling thereof. And consequently, India can ill afford to devote significant resources to the military at this particular juncture,” he said.

“The Chinese did not want it to become a major distraction as their economy is finally recovering, and they are focused on the November elections in the US.”

“They would involve reducing certain kinds of actual deployment of artillery and other weaponry along particular band of territory.”

The ministers’ meeting came after a border clash earlier this week when both sides accused each other of firing in the air during a confrontation on their border in the western Himalayas, a violation of protocols on the use of firearms on the border.

The Chinese ministry says both countries reached a five-point consensus on reducing tension in the area including the need to follow existing agreements to ensure peace.

My Tweets
We use cookies to help identify your computer so we can tailor your user experience, track shopping basket contents and remember where you are in the order process. WTX News Our Cookie Policy
Daily News Briefing: Oxford Covid-19 vaccine is still possible this year, says AstraZeneca chief
9/11 anniversary plans cut back amid Covid-19 concerns
To Top
%d bloggers like this: