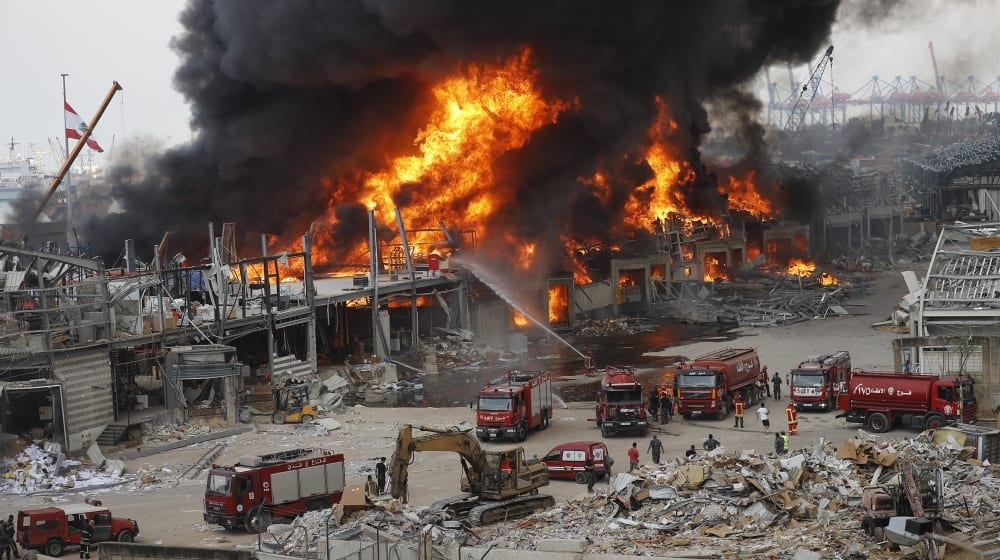 A massive fire has erupted at Beirut’s port – the site of the massive explosion that killed nearly 200 people last month.

The Lebanese army said on Thursday the blaze erupted at a warehouse storing oils and tyres in the port’s Duty-Free area.

Several workers told local media that there had been clearance efforts happening inside the warehouse to remove debris from last month’s explosion, at which point the fire caught.

As was the case with last months disaster, firefighters arrived on the scene without knowing what was on fire – though “we didn’t go in blind,” Lieutenant Michel Murr told Al Jazeera.

Murr said he could not rule out the presence of explosive material in the area, but said it was unlikely.

“We’re being as careful as we can be given the situation,” Murr added, saying there were no injuries resulting from the fire.

On social media people express fear and anger at the latest emergency to grip their capital. And some have raised questions about possible evidence-tampering amid an ongoing investigation into last month’s explosion, there was also a smaller fire on Tuesday at the port.

“Beirut’s port is an official crime scene … having back to back fires in it within a few days is not an innocent accident … it cannot be,” said Karim Namour, a local activist lawyer. “Another investigation should be undertaken to know why is there a fire? And who is responsible?”