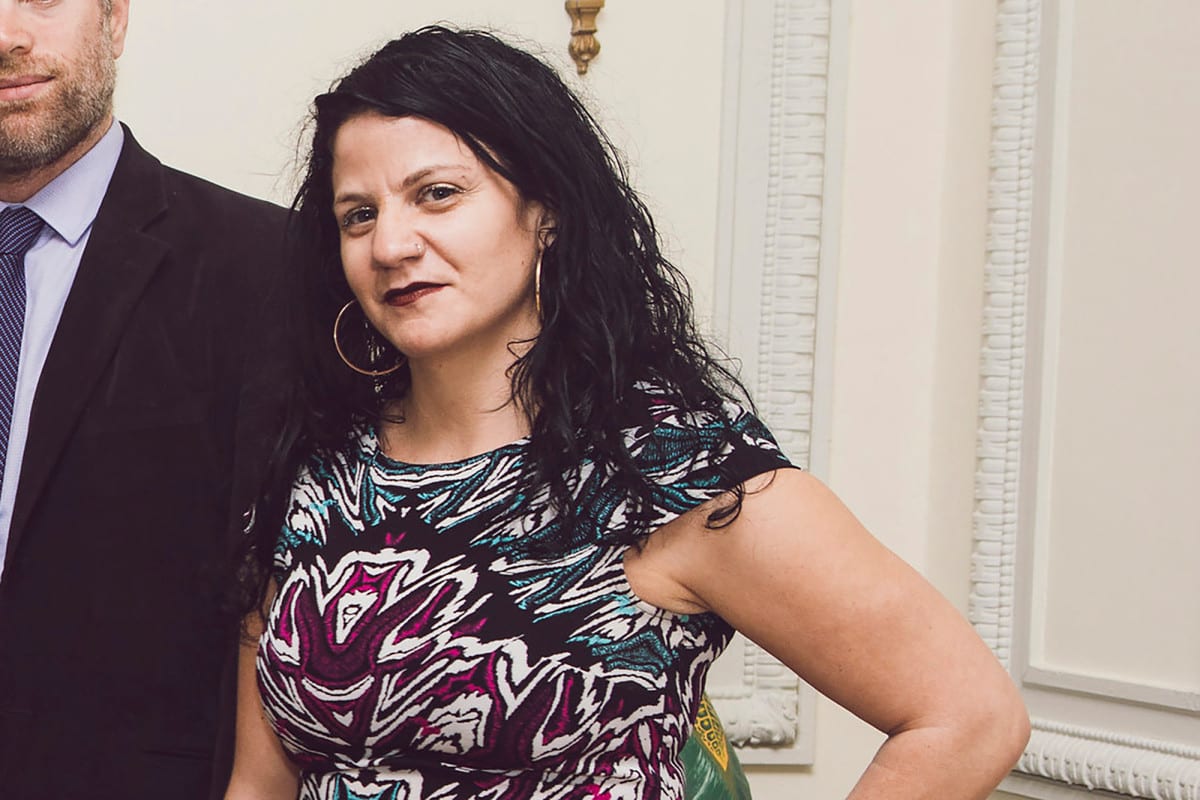 A white professor admits to pretending to be black- but only because she got caught, says a former friend

A white history professor who teaches African, Caribbean and diaspora history pretended to be a black woman for years, reopening the debate into the appropriation of race and identity in the United States.

George Washington University professor Jessica Krug admitted in a blog post on Medium that for the better part of her adult life “every move I’ve made, every relationship I’ve formed, has been rooted in the napalm toxic soil of lies.”

The university has said Krug’s revelations were now being investigated.

Krug wrote: “To an escalating degree over my adult life, I have eschewed my lived experience as a white Jewish child in suburban Kansas City under various assumed identities within a Blackness that I had no right to claim: first North African Blackness, then US rooted Blackness, then Caribbean rooted Bronx Blackness.

“I have built my life on a violent anti-Black lie, and I have lied in every breath I have taken.”

She said childhood trauma was a “likely explanation” for her behaviour.

“But mental health issues can never, will never, neither explain nor justify, neither condone nor excuse, that, in spite of knowing and regularly critiquing any and every non-Black person who appropriates from Black people, my false identity was crafted entirely from the fabric of Black lives,” Krug said.

“I am not a culture vulture. I am a culture leech … I am a coward.”

Hari Ziyad, a black author and screenwriter, posted a series of tweets calling Jessica Krug “a friend up until this morning” when Krug apparently called Ziyad to confess the falsehoods she detailed in her confession titled “The Truth, and the Anti-Black Violence of My Lies.”

“She didn’t do it out of benevolence,” Ziyad wrote. “She did it because she had been found out.”

For years I defended her work, and her from her own self-loathing. I did it despite warnings from Black friends, from those who said she wasn't Black enough even if they could accept that she was Black, and from my own mind and body.

Activist and digital strategist Leslie Mac said Krug’s actions showed that “white women continually harm our communities and are rewarded for their efforts.”

Krug’s behaviour is similar to the case of Rachel Dolezal – a white woman who publicly identified herself as Black.

In 2015 Dolezal was outed. At the time she was president of the Spokane branch of NAACP, a civil rights organisation and a part-time African studies teacher at a local university. She lost both jobs after her fabrications were made public.

Dolezal said she started to identify as Black at around the age of five and was a graduate from Howard University – a historically Black institute. She sued Howard University in 2002 for discrimination against white people and for favouring African American students.

My Tweets
We use cookies to help identify your computer so we can tailor your user experience, track shopping basket contents and remember where you are in the order process. WTX News Our Cookie Policy
Iran’s coronavirus death toll tops 22,000 – officials say schools will still open on Saturday
Insta Talk Ep 3 – Live at 18:15 -Hope at the heart of Beirut & Princess Diana’s fashion legacy
To Top
Weekly