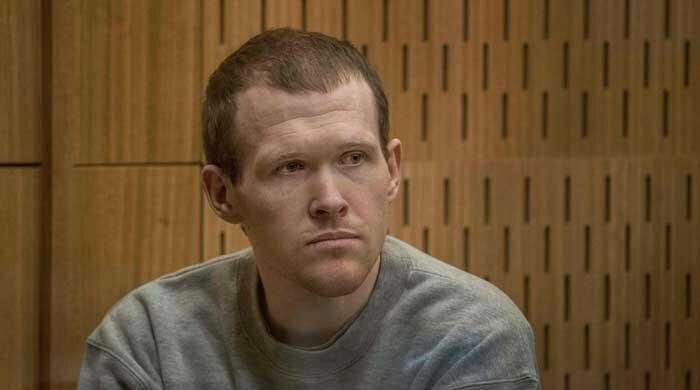 Brenton Tarrant wanted “to have shot more people than he did,” the court heard at the start of the four-day sentencing, held amid tight security and in front of grieving families and survivors.

The court heard how the heavily-armed Tarrant opened fire on men, women and children as he live-streamed the attack on social media, ignoring please for help and driving over one body as he moved from one mosque to the next.

When he saw a three-year-old holding onto his father’s leg, Tarrant shot him “with two precisely aimed shots,” prosecutor Barnaby Hawes told the court.

Tarrant has pleaded guilty to 51 charges of murder, 40 of attempted murder and one of terrorism over the attacks on two mosques in Christchurch in March last year.

Lawyers believe the 29-year-old will be the first person jailed for life without parole in New Zealand.

Tarrant was arrested en route to attack a third mosque in Ashburton, about an hour south of Christchurch.

In court, he remained silent, occasionally looking around the room, as Hawes gave a chilling summary of the facts and members of the Muslim community recounted the impact on their lives.

“He admitted (to police) going into both mosques intending to kill as many people as he could,” Hawes said.

“He stated that he wanted to have shot more people than he did and was on the way to another mosque in Ashburton to carry out another attack when he was stopped,” he said.

“In his interview, the defendant referred to his attacks as ‘terror attacks’.

“He further stated the attacks were motivated by his ideological beliefs and he intended to instil fear into those he described as ‘invaders’ including the Muslim population or more generally non-European immigrants.”

‘I have flashbacks, I see dead bodies all around me’

‘I have flashbacks, I see dead bodies all around me’ victims recount horror

“I see the images and I hear the constant sound rata-rata-rata — the sound of the gun shooting — in my head,” said Jama, echoing the words of several speakers.

“I have flashbacks, seeing dead bodies all around me. Blood everywhere” added a son of Ashraf Ali.

Gamal Fouda, the Al Noor mosque Imam, said he was standing in the pulpit “and saw the hate in the eyes of a brainwashed terrorist” before telling Tarrant: “Your hatred is unnecessary.”

Tarrant arrived in New Zealand in 2017 and based himself in Dunedin, where he built up a collection of high-powered firearms and purchased more than 7,000 rounds of ammunition. He also bought military-style ballistic armour and tactical vests.

Two months prior to the attack he drove to Christchurch and flew a drone over the al Noor mosque, filming the grounds and buildings, including entries and exits and made notes about travelling between mosques.

On Friday, March 15, 2019, he left his Dunedin home and drove to Christchurch armed with a range of high-powered weapons on which he had written references to historic battles, figures of the Crusades and more recent terror attacks and symbols.

He had ammunition pre-loaded into magazines, as well as modified petrol containers “to burn down the mosques and said he wished he had done so,” Hawes said.

Dressed in military-style clothing – including a full tactical vest – with the front pockets containing at least seven fully loaded magazines and a scabbard holding a bayonet-style knife, he mounted a camera on his helmet to record the attacks.

A few minutes before the storming of the al Noor mosque, he sent his radical 74-page manifesto to an extremist website, alerted his family to what he was about to do and sent emails containing threats to attack mosques to numerous media agencies.

Tarrant is representing himself at the hearing. Judge Cameron Mander has imposed reporting restrictions to prevent him from using the court as a platform to share extremist views.

He is expected to be sentenced on Thursday.

My Tweets
We use cookies to help identify your computer so we can tailor your user experience, track shopping basket contents and remember where you are in the order process. WTX News Our Cookie Policy
Daily News Briefing: Abta says Covid crisis could claim 18% of the UK’s travel sector
Daily News Briefing: Eight in 10 poorer UK families feel worse off since lockdown – survey
To Top
%d bloggers like this: