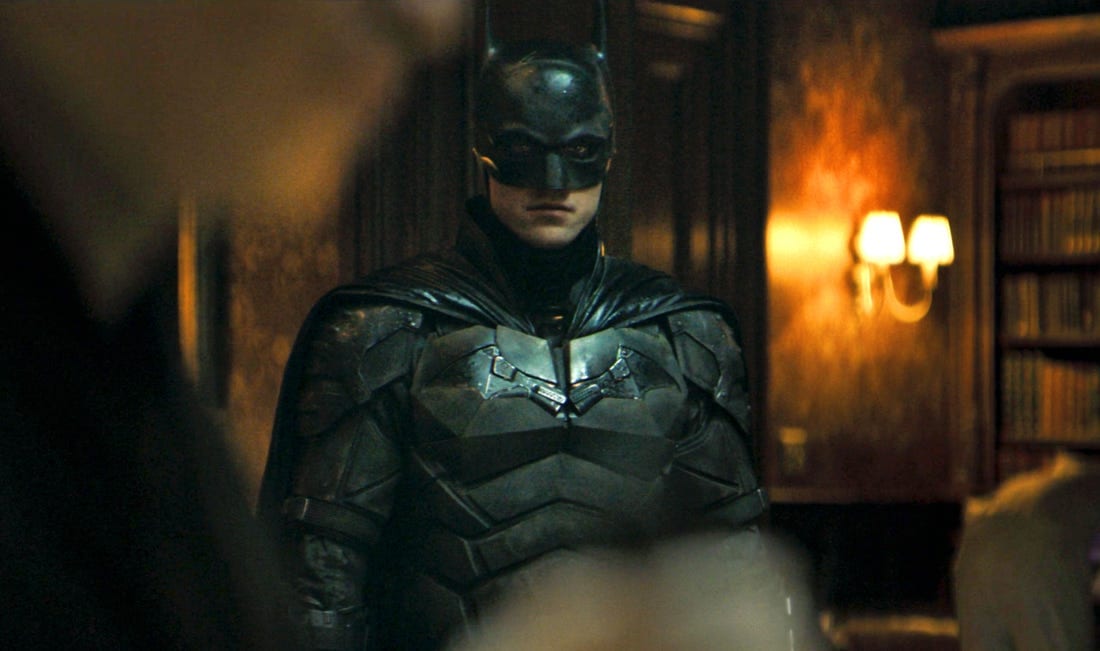 The first teaser trailer for “The Batman” is here, and Robert Pattinson looks like a compelling Caped Crusader.

If you haven’t already watched the trailer, do yourself a favour and check it out a few times over. You may have missed Colin Farrell’s debut as the Penguin the first time around.

Don’t expect this to be the Batman you’re used to seeing on screen. Pattinson’s Bruce Wayne is pretty new at the whole crime-fighting gig and Gotham’s not too sure what to make of its costumed Bat vigilante.

Matt Reeves’ Batman reboot explores the early days of the Caped Crusader’s career, about two years into it, and focuses on a younger Bruce Wayne who is haunted by his past as well as a new villain who’s leaving victims all of the city for him to find.

We see in the trailer as Batman is hunted by a serial killer who is leaving him letters at every crime scene, teasing that the movie will feel more like a detective story than the usual action take. The trailer also gives us our first look at several villains, including Penguin, Catwoman, and a gang that seems to call back to a group first introduced in an animated series.