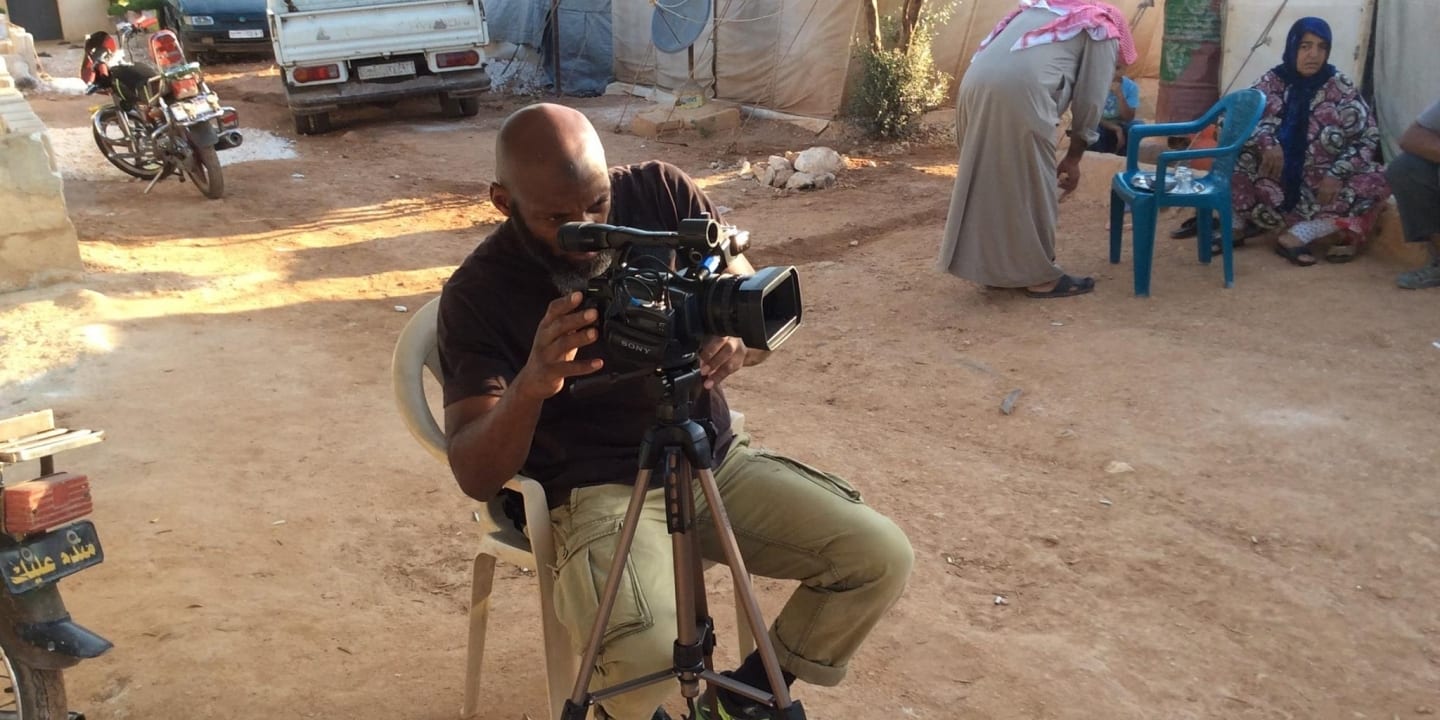 Syrian-based American journalist Bilal Abdul Kareem who took the US Government to court for putting him on a “kill list” in the war-torn region, was arrested yesterday by a Sunni Islamist militant group.

The brash New Yorker’s strong brand of journalism made him unpopular with some and turned him into an assassination target with others, including his own government.

His ability to navigate his way through the treacherous political landscape of rebel-held Syria also made him the first person to see for visiting journalists including members of Sky News, BBC, CNN, Al Jazeera and other major outlets.

Yesterday’s arrest came hours after he spoke to me about his growing concern over the use of torture and indefinite detentions by Idlib’s ruling rebel force Hayat Tahrir al-Sham (HTS). He showed me some of the evidence, including a graphic video, of torture methods, said to be used by the group.

Having seen the images I can say these are similar to the methods used by the Assad regime and includes the medieval practice of foot flogging executed with great brutality.

The discussion with Abdul Kareem was prompted by the re-arrest of another popular figure, British aid worker Tauqir ‘Tox’ Sharif by HTS following a bruising encounter outside a courtroom with a member of the group accused of torturing Sharif during his 24 days in custody as reported by WTX News.

Abdul Kareem, a convert to Islam who co-founded the independent media outlet On The Ground News, has become a familiar figure since he began covering the Syrian revolution since 2011. However, the veteran war correspondent’s fearless style of journalism and determination to speak truth to power has made him unpopular and a target by many groups and governments, including the US.

Abdul Kareem first began to suspect he was being targeted by the US government after narrowly surviving five separate drone strikes in 2016. He was also told by a source working at the Incirlik Air Base in Turkey—where US drones often take off for missions in Syria—that his name was on a list of targets.

Hiring lawyers, he sued the US federal government in 2017 asking them to clarify whether or not he is on the kill list and if so, to give him his day in court rather than execute him in Syria. In one of his most recent interviews, he joked: “Most of my drama revolves around having a big mouth; I got it from my mother.” He was referencing his alleged placement on the notorious American drone “kill list” programme.

However, it has become clear today the Washington administration is the least of his worries. His insightful coverage of the Syrian conflict and ability to interview without fear or favour Islamist groups such as al-Qaida and HTS appears to have back-fired. Apart from upsetting the US, Russian, Iranian and Assad-regime with his news coverage he has also ruffled some of those rebels fighting to bring down the Assad regime.

In recent days he has been working on a charter with a group of Islamic scholars to protect prisoner human rights following the number of unaccountable and forced disappearances and rumours of torture by HTS. It was this work which it is believed first led to the arrest of British aid worker Sharif, another popular figure in Idlib.

Abdul Kareem’s news investigation into practices of torture has cast doubt on the revolutionary and Islamic credentials of the group and appears to have precipitated yesterday’s violent arrest near the Turkish border town of Atmeh, Aleppo.

HTS media relations office issued a statement confirming an arrest warrant had been executed adding: “There are a number of allegations surrounding the accused which are currently being investigated.”

At the time of writing, HTS failed to respond to or address any of the allegations over the use of torture. Their media spokesman also asked that any incriminating videos are not uploaded.

The Sunni group was formed in January 2017 by a merger between Jabhat Fateh Al-Sham, the Ansar Al-Din Front, Jaysh Al-Sunna, Liwa Al-Haqq and the Nour Al-Din Al-Zenki Movement. There are concerns that it has become lawless and authoritarian as Idlib slides into further chaos under attack from Assad regime forces, the Russian military and Iranian-backed militias.

Idlib is regarded as the last major stronghold for anti-Assad rebels and jihadist groups in Syria. While pro-Assad forces and their allies have captured parts of the border province, rebels and Islamist fighters still control strategic areas. HTS is the main Islamist group operating there.

My Tweets
We use cookies to help identify your computer so we can tailor your user experience, track shopping basket contents and remember where you are in the order process. WTX News Our Cookie Policy
Daily News Briefing: Lockdown to ease further Saturday
Dubai sends 24.88 tonnes of humanitarian aid to Beirut
To Top
Weekly