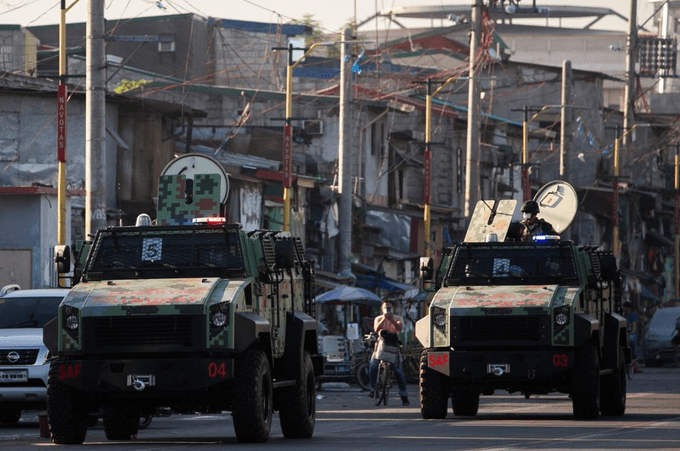 The Philippines has found itself back in lockdown, with millions ordered to stay home on Tuesday, following a surge in global Covid-19 cases and the WHO has warned against relying on a vaccine “silver bullet” to end the pandemic.

More than 18 million people worldwide have been recorded to be infected with the virus since it first emerged in China late last year, and it shows no signs of slowing down.

The Philippines – desperate to contain the spread and relieve pressure on hospitals – has had to reimpose economically painful restrictions on travel and business.

Public transport such as commuter trains and buses were out of action on Tuesday in the capital Manila and police were again staffing checkpoints to restrict public travel as surging cases forced another lockdown.

Officials sent dozens of shuttle buses and army trucks to ferret stranded medical personnel and workers of authorised businesses. Most domestic flights to and from the capital were cancelled and night curfews will be making a return.

President Rodrigo Duterte agreed to a second lockdown after medical groups warned the health care system was being overwhelmed by Covid-19 patients. More than 106,000 people have been infected, including more than 2,100 who have died.

The main island of Luzon – with a population of 27 million – is expected to remain under lockdown for weeks. With only 24 hours’ notice of the shutdown, many have found themselves stranded in the capital and unable to get back to their hometowns.

“We’ve run out of money. We can’t leave the airport because we don’t have any relatives here,” said Ruel Damaso, a 36-year-old construction worker trying to return to the southern city of Zamboanga.

“We will have to stay here for two weeks until we get our flights back.”

This second lockdown is milder than the one imposed earlier this year, which largely confined most people to their homes for weeks, but is more severe than the quarantine restrictions the capital had been under recently.

Businesses such as barbershops, gyms, restaurants and tourist destinations have once again been ordered to shut. Authorised companies including banks, health and food processing firms must shuttle their employees between home and work.

WHO warns against waiting for vaccine ‘silver bullet’

WHO says we should focus on what is known to work: testing, contact tracing, social distancing and wearing face masks.

Despite months of crippling restrictions, the pandemic is gathering pace in regions across the globe, with the worldwide death toll nearing 700,000.

Brazil is driving a surge in Latin America and the Caribbean where infections have topped five million. South America’s largest country has recorded 2.75 million cases and close to half the region’s more than 202,000 deaths.

Only the US has been worse affected, with the number of deaths surpassing 155,000.

Hopes of ending the current cycle of outbreaks and lockdowns rest largely on a vaccine, with research labs around the world locked in a race against time.

Russia said Monday it aimed to launch mass production of a vaccine in September and turn out “several million” doses per month by next year.

But the WHO warned governments and citizens should focus on what is known to work: testing, contact tracing, social distancing and wearing face masks.

“We all hope to have a number of effective vaccines that can help prevent people from infection,” the WHO chief told a virtual press conference.

“However, there’s no silver bullet at the moment — and there might never be.”

Despite rising infection numbers in Europe, some countries are pushing ahead with plans to reopen schools and finding ways to keep their battered tourism sectors functioning.

On Monday, 150,000 children in Germany returned to school in Mecklenburg-Western Pomerania, the country’s first state to restart full-time classes after the summer break.

In France, the PM urged the nation “not to let down its guard” as surging cases led the city of Nice to become the latest to mandate outside mask-wearing.

“The virus has not gone on holiday and neither have we,” the PM said.

My Tweets
We use cookies to help identify your computer so we can tailor your user experience, track shopping basket contents and remember where you are in the order process. WTX News Our Cookie Policy
Lebanon’s foreign minister steps down amid economic crisis
France shuts 22 schools – just days after reopening – due to virus outbreaks
To Top
Weekly