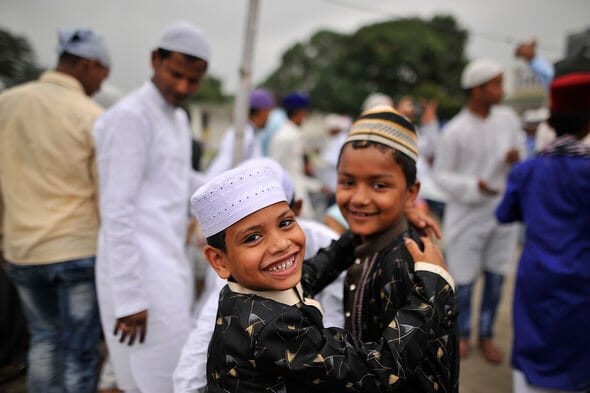 British Asians fear they are increasingly being blamed for the spread of coronavirus which is fuelling a rise in racist abuse.

After outbreaks in towns with high populations of people from Pakistani and Bangladeshi backgrounds – such as Blackburn, Leicester, Blackburn, Oldham and Rochdale – Asian communities say they feel they are being ‘scapegoated’.

Yesterday evening the government announced a new lockdown for northern cities, effective at midnight to prevent Muslims from meeting each other in their homes.

Members of the Asian community say the rise in cases is being blamed on race and religion, and say this is fueling an increase in racist and Islamophobic abuse.

They argue that the spread of coronavirus is being blamed on race and religion, which ignores that people in those towns often live in the most deprived areas in terraced streets and are the ‘victims of circumstance’.

A local politician from Blackburn Saima Afzal said “People are hearing, ‘Muslim, coronavirus, Niqab, death,’ and you are going to start feeling a little bit of angst by it. People need to just be a bit more empathetic, step back from making this a race issue or a religious issue,” she said.

In another incident, a young Asian man in his early twenties reported being told he was “disease spreading” and was abused using a racial slur while out shopping.

Afzal went on to say that the media outlets in Britain are normalising the use of racism by promoting the ethnic relationship to covid outbreaks in the north.

A video circulating on social media questions a bbc news reporter who is deliberately filming outside a mosque in Blackburn whilst reporting in the increase of COVID-19 cases. Despite the evidence to the contrary which shows Mosques are being extra vigilant, taking extra precautions and thus far no Covid-19 cases have been reported in mosques.

Mosques across the UK have brought in a number of preventive measures in preparation for Eid Al-Adha, including temperature monitoring as worshippers arrive, banning hugs or handshakes and limiting the number of worshippers allowed in for prayers.

“I have heard lots of judgmental narrative about how multi-generational households are a ‘problem,’ that ‘Asians have large families’ and so our lifestyle is causing the disease to spread. Every member of this community doesn’t want the cases to rise. It is just really unfortunate Eid is in the middle of it. It could have been Christmas.

“There are always going to be those that don’t understand or don’t care, but that is never a justification to blame and label all sections of the community,” Afzal said. “It is not about us doing something wrong, it is about the circumstances; poverty, multi-generational housing, asymptomatic transmission.

Studies have shown that black and South Asian people are more susceptible to being infected with, and dying from, COVID-19 than other ethnic groups, with health experts citing health inequalities, underlying health issues and cultural and traditional differences as causes.