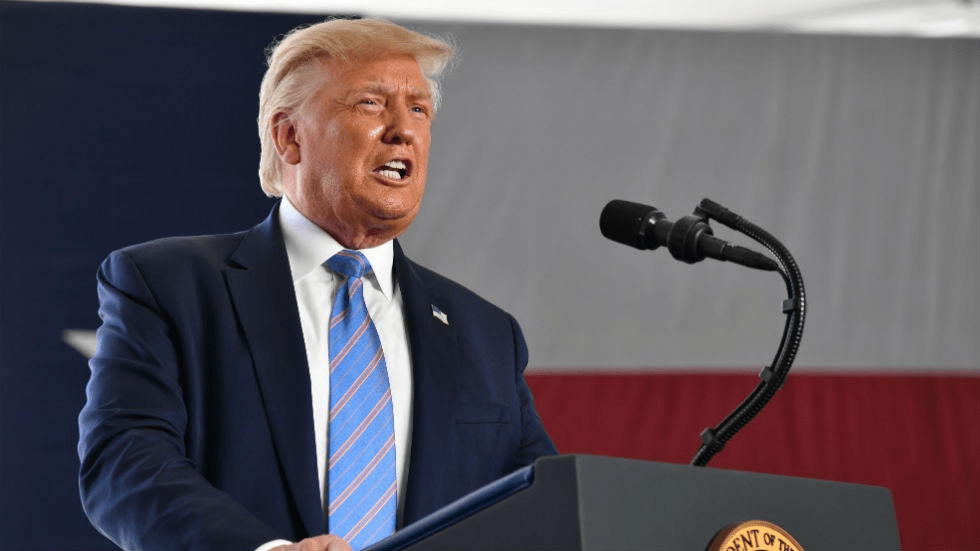 He suggests the election should be delayed until people could “properly, securely and safely” vote.

There is little evidence to support the President’s claims but he has long rallied against mail-in voting which he has said would be susceptible to fraud.

US states want to make postal voting easier due to public health concerns over the coronavirus pandemic.

‘Embarrassment to the USA’

In a series of tweet, Trump said “universal mail-in voting” would make November’s vote the “most inaccurate and fraudulent election in history” and a “great embarrassment to the USA.”

He said – without providing evidence – that mail-in voting would be susceptible to foreign interference.

“The [Democrats] talk of foreign influence in voting, but they know that Mail-In Voting is an easy way for foreign countries to enter the race,” he said.

He said postal voting was “already proving to be a catastrophic disaster” in areas where it was being tried out.

With Universal Mail-In Voting (not Absentee Voting, which is good), 2020 will be the most INACCURATE & FRAUDULENT Election in history. It will be a great embarrassment to the USA. Delay the Election until people can properly, securely and safely vote???

In June, New York allowed voters to vote by post in the Democratic primary poll for the party’s presidential candidate. But there have been long delays in counting the ballots and the results are still unknown.

Is media report that there are further concerns that many ballots will not be counted because they were not filled in correctly or do not have postmarks on them that show they were sent before voting officially ended.

However, several other states have long conducted votes by post.