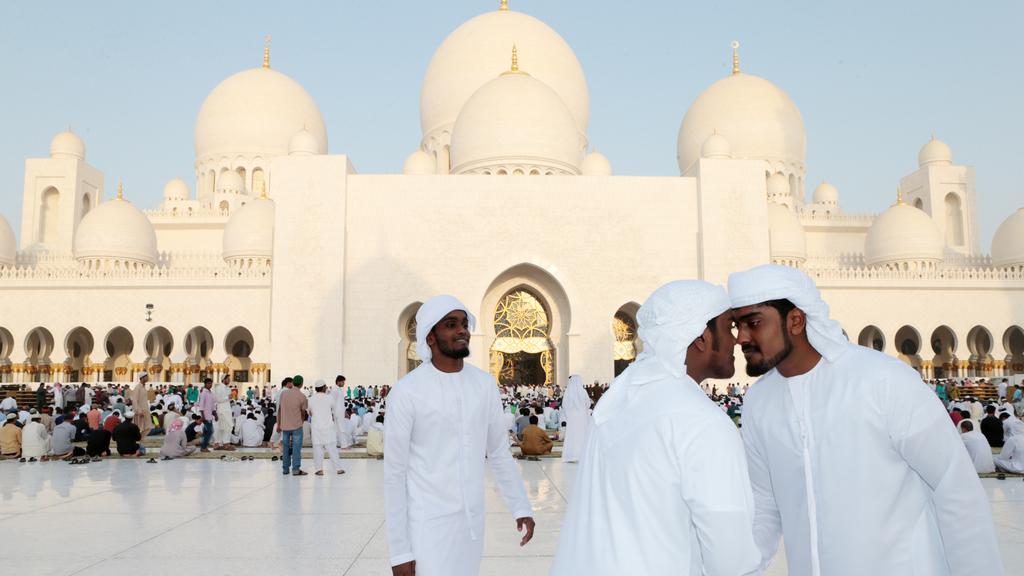 The United Arab Emirates (UAE) Minister of Health and Prevention issued caution today for the upcoming Eid al Adha 2020 celebrations. And stressed the need to adhere to preventive measures during the holiday period to help curb the spread of Covid-19.

Dr Abdul Rahman bin Mohammad bin Nasser Al Owais, Minister of Health and Prevention, on Monday praised the important role and great sacrifices that the heroes and key workers in the Emirates.

He said that the efforts of the medical sector and other teams who are working to protect society and preserving the health of all are continuously contributing to the rates of recovery across the country.

Al Owais was keen to congratulate the frontline heroes on the occasion of Eid Al Adha 2020, pointing out that many individuals often spend these occasions away from their families, which is at a great personal sacrifice and deserves great thanks and appreciation.

Al Owais stressed the need to adhere to preventive measures during the holiday period, noting that the practice of strict social distancing is increasingly important on such occasions and is a national duty of all society, especially considering what is at stake.

Speaking at the UAE Government’s media briefing in Abu Dhabi, Al Owais pointed out that commitment to a simple set of rules and precautionary measures has a significant positive impact on reducing the spread of Covid-19.

During the briefing, Dr Omar Al Hammadi, the spokesperson for the UAE Government, stressed that all workers in the health sector are ready to provide aid and assistance during the Eid period, calling on the public to adhere to the preventive measures significantly.

Al Hammadi announced that the UAE is still at the global forefront of the number of medical examinations in relation to the population and the number of new daily tests has reached 47,299. These tests revealed 264 new cases, all of which are receiving the necessary care in health care institutions. The total number of Covid-19 cases now stands at 59,177.

Hajj 2020: What you need to know about this year’s pilgrimage

The annual Muslim ritual of Hajj, which usually attracts millions of people from across the Muslim world and beyond, is set to be a low-key event this year as the coronavirus pandemic rages on.

Saudi Arabia announced on July 6 it would hold a “very limited” Hajj this year, as the country is still battling the pandemic.

The Saudi Ministry of Hajj and Umrah said the decision to curtail the pilgrimage was aimed at preserving global public health because of the risks associated with large gatherings.

No overseas visitors will be allowed. The pilgrimage would be scaled back and will allow only about 1,000 people residing in the kingdom to perform the Hajj 2020 this year.

Eid al-Adha is expected to be celebrated on Friday 31 July 2020. It was announced by Saudi Arabia last week. The festival falls on the tenth day of Hijjah, the twelfth month of the Islamic Hijri calendar, which means the date varies each year.

Eid al-Adha, the second Islamic holiday of the year which is celebrated alongside Eid al-Fitr (the one after Ramadhan), and is taking place later this month. The festival, also known as Eid ul Adha or Eid Qurban or the ‘festival of the sacrifice’ commemorates Prophet Ibrahim’s willingness to sacrifice his son for God.

He was about to go ahead with the sacrifice, when Allah replaced his son with a lamb, in turn, sparing his life. It had been a test. To celebrate the day, Muslims often slaughter a lamb, sheep or goat as part of the festivities, which is then divided into three parts to be shared among the poor, within your home, and to relatives.

The festival comes the day after Hajj is completed and this year after the spread of the coronavirus pandemic has been limited to local nationals only. A selective process which the Saudi government has initiated to include key workers and those who have been working on the front line during the COVID-19 pandemic.

Al Jazeera reported that the country will only allow about 1,000 pilgrims residing in the kingdom to perform the Hajj this year.