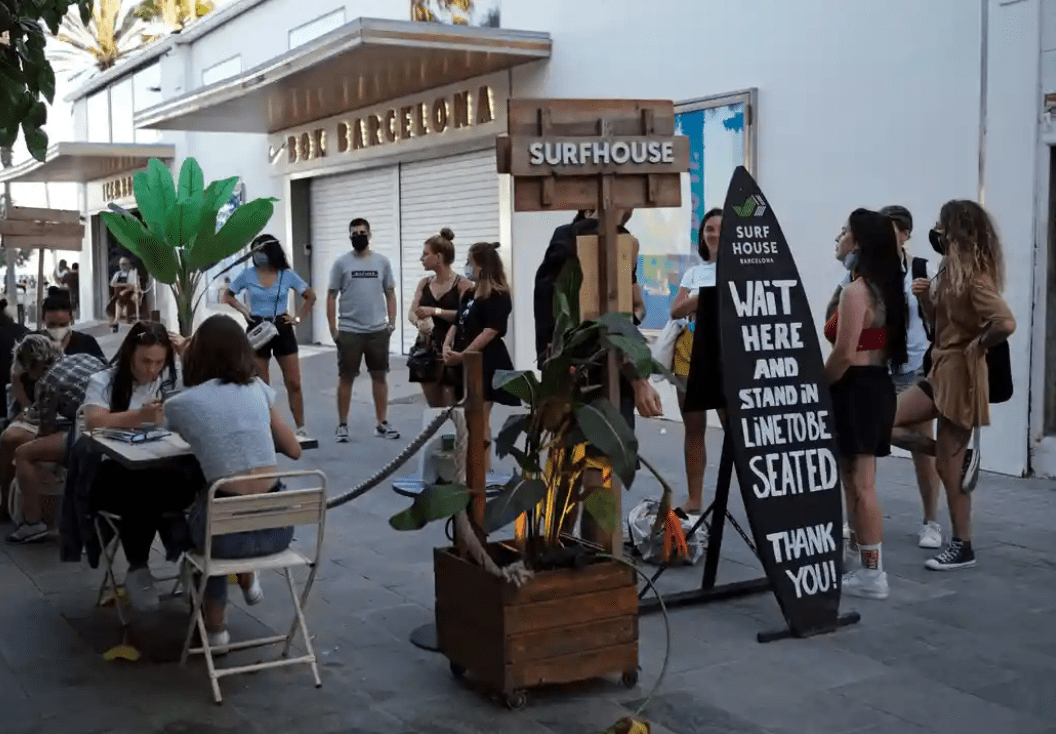 Germans are more confident about life post-lockdown than the French, Spanish and Italians, a Euronews-commissioned poll has found.

Data from the survey has found Germans feel a little less cautious than other Europeans as the continent emerges from months of restrictions due to the pandemic.

The survey recorded the views of 6,000 people in total – 1,500 from each of the participant countries – between July 17-18 to get a better idea of how Covid-19 has continued to affect daily life.

Borders, for instance, are something that more than half the German participants believed should be kept open, unlike their French, Italian and Spanish counterparts.

None of the countries surveyed were confident of travelling to other nations via air, but the Germans did show an individual keenness to travel internationally by car.

But the Germans are not planning to take advantage of an open border- if there is one- as 61% said they do not intend to travel this summer.

All four countries agreed it would not be safe to allow tourists from Germany, the UK and other parts of Northern Europe into Spain, Italy and the rest of Southern Europe, despite extra measures.

Fewer than a quarter of German respondents said they always wear a mask when leaving the house, which compares with 69% in Spain, 53% in Italy and 38% in France.

Masks have become a common sight across the continent to limit transmission of the virus, but Germans appear to be slightly less vigilant with wearing the.

The majority of participants say they believe masks are effective in fighting Covid-19 and they wear them in supermarkets or on public transport. But the universal agreement ends here.

Fewer than a quarter of German respondents said they always wear a mask when leaving the house, which compares with 69% in Spain, 53% in Italy and 38% in France.

Nearly a third of Germans said they do not wear a mask when meeting a friend outside, while just 5%  of Italians and Spanish said the same.

More than half the Spanish respondents and 42% of Italians said they wear a mask to meet a friend outside.

Is the worst yet to come? Economy and world leaders

According to around half the German and Italian respondents, the worst of the pandemic is behind us.

But more than half of the Spanish and French respondents think worse is on the way.

This sentiment may be split when referring to national outbreaks, but for economical matters, all four countries aligned: they think the peak is still approaching.

Spain was the most pessimistic about the financial outlook, with more than three-quarters agreeing the worst is to come, and 72% of the French agreed.

Meanwhile, Germany and Italy were 64% and 63% respectively thinking the financial rock bottom is also still ahead of us.

According to the poll, this sentiment could lie with the nations’ faith in the abilities of their leaders.

Two-thirds of Germans approved Angela Merkel’s handling of the crisis, 37% of Spanish people approved PM Sanchez and 31% approved of France’s Macron. Italy was not involved in this part of the survey.

Germany’s confidence in Merkel appeared to go further than this, with 46% saying they felt she would be able to resume the economy, while 35% voted against and 19% were unsure.

Half of the respondents in Spain and France said they didn’t believe their leaders would be able to get their country’s finances going at all.

The majority did not feel Sanchez and Macron were strong, could tell the truth, knew how to get things done, nor could they unite countries under their leaderships.

Unlike Merkel, who scored positively across the board.

Will there be a second wave?

All the countries surveyed believed that another lockdown is likely.

The majority across the board agreed that people have quickly forgotten the threat posed by Covid-19.

All four countries had majorities saying they observe strict social distancing; however, Germany had more people who said they had actually relaxed their measures.

This could be explained by each country’s experience with the coronavirus.

All countries surveyed have recorded more than 200,00 cases of Covid-19, but Germany’s death rate is far lower.

Germany’s low death toll has widely been attributed to the country introducing wide-scale testing early into the outbreak, meaning even mild cases of the illness were confirmed.

Highlighting further caution, Spain, Italy and France expressed acceptance of a second lockdown in the event of another outbreak – but were not as keen as Germany.

However, all the countries believed that another lockdown is likely.

Ultimately, some countries are showing more caution – possibly due to their trust in governments and how badly they have been stung by the virus – while some appear to be pushing forward for the future.

But two things were widely agreed upon: the impact of the virus has not been exaggerated, and we must get used to living with the threat for the future.