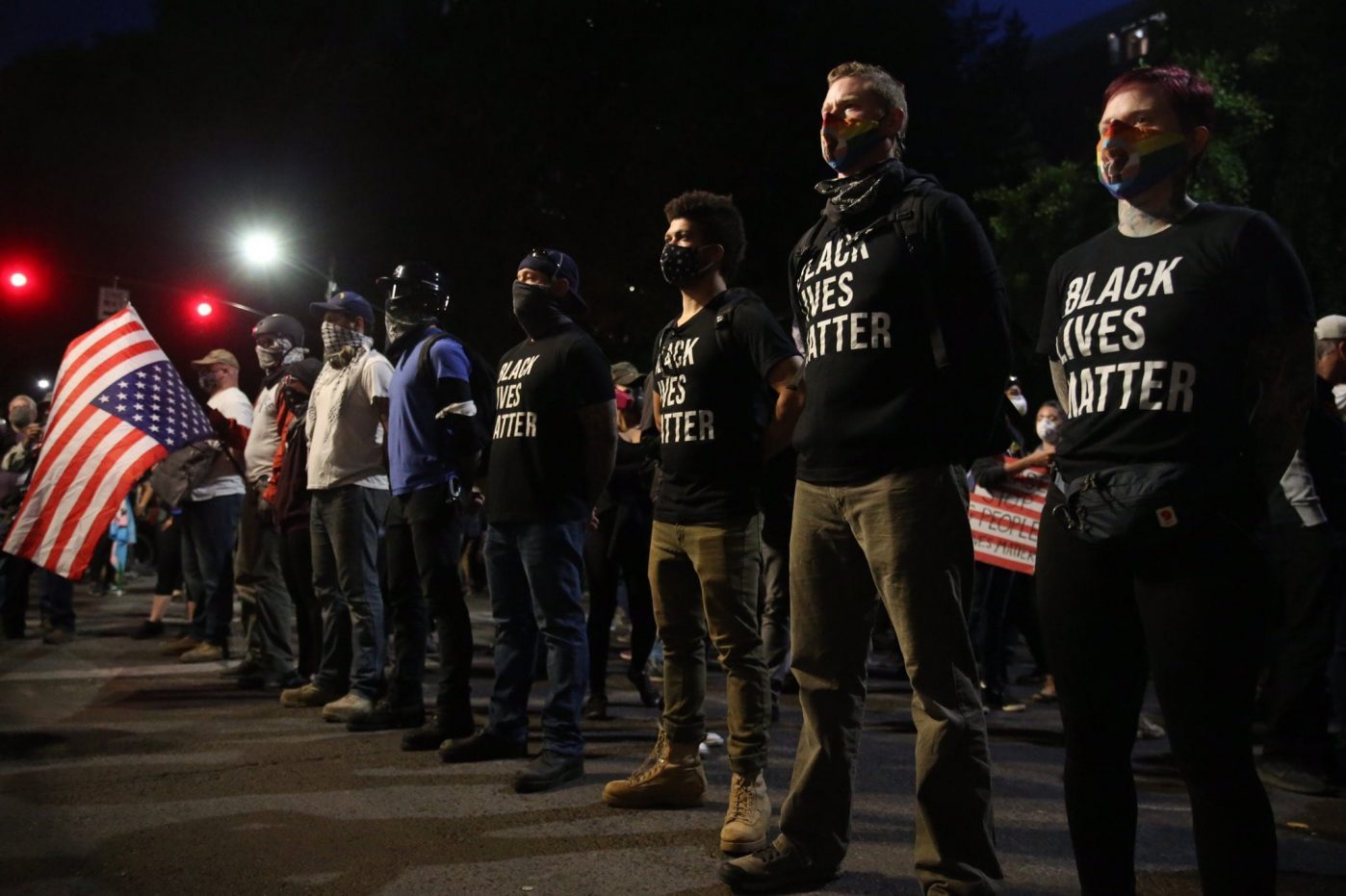 A weekend of protests in the US, 1 dead as violence erupts

The US saw violence erupt across some US cities over the weekend, in a wave of anger sparked by President Trump’s decision to increase the number of federal officers across the country.

Protesters and federal agents squared off outside a courthouse in Portland, Oregon, in Seattle police were forced to retreat into a station house and fires were set in California and Virginia.

Protests against racism and police brutality have surged in the US since the death of George Floyd in May.

Protesters in Seattle slashed car tires and smashed trailer windows during demonstrations on Saturday, prompting police to declare a riot and clear the streets with pepper spray.

Protesters also set fire to trailers by a construction site for a youth detention facility. Police arrested 45 people and said 21 officers were injured.

Portland has taken centre stage in the controversial crackdown by federal agents that Trump ordered – the move is not supported by local officials, who say officers use excessive force.

Protesters in the city broke through a fence surrounding the federal courthouse building where agents have been stationed.

Police later declared a state of “riot” and tried to clear the area with tear gas, but protesters stayed until 02:30 am local time, holding makeshift shields as officers continued to patrol the area.

Multiple people were arrested, though it was not clear how many.

In Austin, a man was killed on Saturday after being shot by a person who drove through a march against police brutality.

The driver and several witnesses told police that the man who was killed – named as Garrett Foster, 28 – approached the driver and pointed an assault rifle in the vehicle at them.

In a Facebook live-stream video, a car can be heard honing before several shots ring out and protesters started screaming and scattering for cover.

Sheila Foster, Garrett’s mother, said she was told her son was pushing his fiancee, who uses a wheelchair, through an intersection when the suspect was driving “erratically” through the crowd.

Garrett Foster, the #BlackLivesMatter protester who was shot and killed tonight in Austin, TX, was interviewed with his AK47 (which he's been legally open-carrying to protests for a while) by @imhiramlive just yesterday. #2ndAmendment pic.twitter.com/IBckkkdNYG

In Denver, a protester shot and wounded a person after a car drove through a crowd marching on an interstate highway, police said.

The injured person was taken to hospital and is in a stable condition.

In Oakland, protesters set fire to a courthouse, damaged a police station, shot fireworks and pointed lasers at officers in what started as a peaceful protest on Saturday evening, police said.

There were more demonstrations in Virginia, Kentucky, Georgia, Nebraska, LA and NY.

‘Anarchists who hate the US’

The protests come as Trump faces an increasingly tough battle for re-election in November, and is campaigning on a “law and order” platform.

He tweeted on Saturday that the protesters are “anarchists” who hate the US.

The “protesters” are actually anarchists who hate our Country. The line of innocent “mothers” were a scam that Lamestream refuses to acknowledge, just like they don’t report the violence of these demonstrations! https://t.co/A0IBAzqVoT