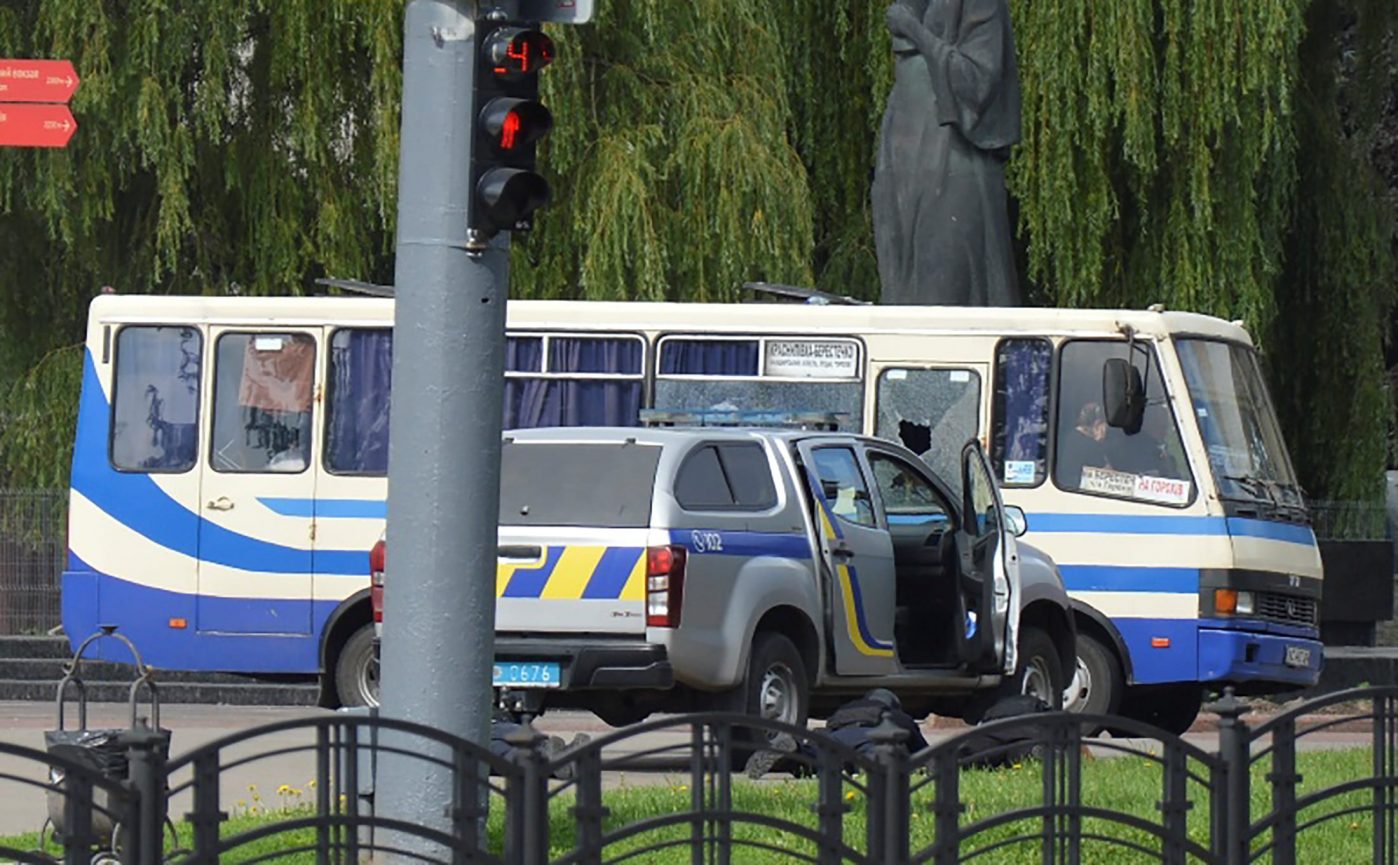 13 hostages have been freed after being held on a bus by a gunman for more than 12 hours after the bizarre request the country’s president posted a movie recommendation to social media. The armed man has been arrested.

The SBU security service said a joint operation had resulted in all the hostages being released unharmed after a police stand-off in the city Lutsk with the man who threatened to detonate an explosive device unless his bizarre requests were met.

The tense hostage situation came to a swift end after the man spoke to the country’s president on the phone. President Volodymyr Zelensky recorded a short video – which was apparently one of the gunman’s demands.

Three hostages were released, followed by the rest about an hour later.

Footage published by officials showed police escorting people as armed special forces stood over a man lying face down on the pavement near the bus, with his hands behind his back.

The gunman had earlier fired shots and thrown an explosive package into the street in the centre of Lutsk.

The man had contacted the police and identified himself as Maksym Plokhoy, a pseudonym which translates to “Bad Maxim”, police said.

He was identified as Maksym Kryvoch, 44, who had previously spent around 10 years in prison on various charges.

A Twitter account under Kyrvosh’s name –  that has since been suspended – had posts claiming he was armed, including with bombs, and demanding top Ukraninan personalities convey anti-establishment messages on social media.

President Zelensky apparently carried out one of the demands posted on the account when he recorded a Facebook video calling on people to watch the 2005 documentary film “Earthlings”. The film, narrated by Joaquin Phoenix, tells of the harsh treatment of animals at the hand of humans.

“He had a telephone conversation, speaking with him for 15 minutes, he convinced him to release three hostages,” deputy head Kyrylo Tymoshenko said at a briefing.

The president later deleted the short video from his account.

“Today loved ones can hug everybody who languished all day on the bus with a gun pointed at them,” Zelensky wrote after the crisis was over.

“We did not lose a single person,” added the president.

President Zelensky spoke to the gunman for 15 minutes

‘A lengthy sentence awaits him’

“He really had a functioning pistol, an automatic rifle, he really had a grenade. There was a threat. But it’s all in the past,” Avakov said.

“A lengthy prison sentence awaits him,” he said, calling Kryvosh an “unstable man”.

The hostages were on board the bus from around 9 am (0600 GMT) with no access to food or a toilet. They were given access to water many hours later.

The SBU security service pronounced the situation an “act of terror” and launched a probe.