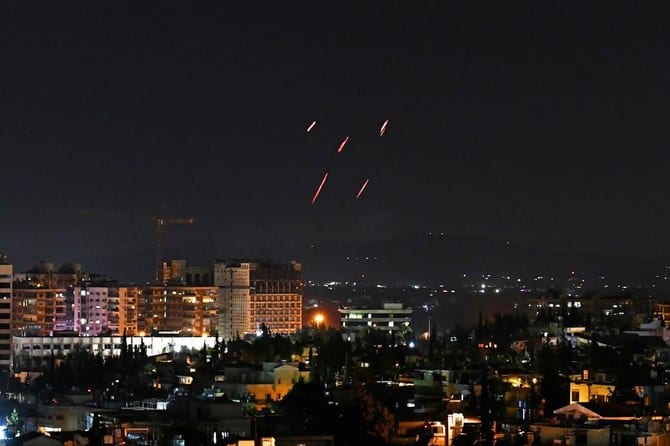 Five ‘freedom fighters’ were killed in an Israeli missile that struck in the south of the Syrian capital of Damascus. In a conflict that Israel has denied being part of but has launched hundreds of attacks, including killing Russian soldiers.

The missile attack was executed on Monday night and had targeted a weapons depots and military positions belonging to Syrian regime forces, something Iran alleges is Iranian-backed militia fighters south of Damascus.

According to the official SANA news agency, the attacks wounded at least seven Syrian troops and some civilians were injured as well. which said the missiles were launched by warplanes over the Israeli-occupied Golan Heights. A significant area approximately 700 square miles in the levant, which Trump and Israel claimed as part of Israel.

So far the news agencies back that the five killed were all non-Syrian paramilitary fighters, but these reports are unconfirmed.

It added that 11 combatants were wounded in total — four non-Syrian fighters and seven Syrian troops, of which two were in critical condition.

Israel has launched hundreds of strikes in Syria since the start of the country’s civil war in 2011.

Video footage of the Israeli strikes shows that Isreal struck multiple targets in Damascus on Monday night. On the ground reports also suggest they injured many more civilians in the attacks.

BREAKING – Syrian air defenses activated around Damascus as Israel strikes multiple targets in the vicinity of the capital.pic.twitter.com/5o7nAWBkSE

It has targeted government troops, allied Iranian forces and fighters from the Lebanese Shiite militant group Hezbollah, saying its goal is to end Tehran’s military presence in Syria.
It rarely confirms details of its operations in Syria but says Iran’s presence in support of the regime is a threat and that Israel will keep up strikes. A military spokesman in Israel told AFP that its army “does not comment on foreign reports”.

The nine-year-old conflict in Syria has killed more than 380,000 people and displaced more than half of the country’s pre-war population.