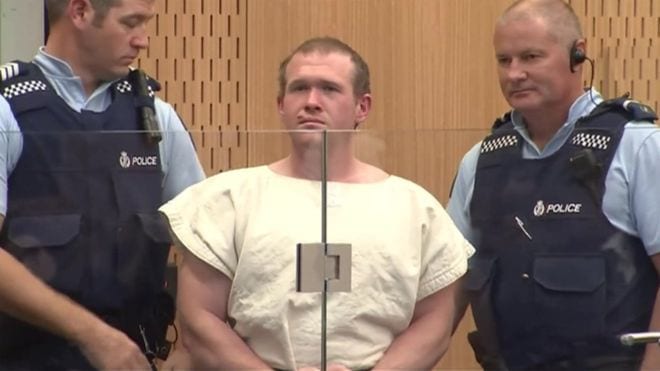 Brenton Tarrant, a Facebook-live terrorist, is accused of killing 51 Muslim worshippers in the New Zealand mosque terrorist shooting incident, has decided to represent himself at the sentencing of the case.

Tarrant pleaded guilty earlier this year to 51 charges of murder, 40 charges of attempted murder and one charge of committing a terrorist act. His guilty plea made a six-week trial due to begin in June redundant.

His decision to represent himself would not affect the sentencing hearing set to begin on Aug. 24, Judge Cameron Mander said in minutes of a hearing released by the court.

The judge approved Tarrant’s request in a pre-trial video call after he was satisfied that Tarrant understood his rights to have legal representation and that he wished to waive those rights.

Tarrant’s lawyers said there was no “conflict or relationship breakdown” between them and Tarrant, and that the request was consistent with his rights.

“Tarrant has instructed counsel that he wishes to act for himself at the sentencing (hearing),” the lawyers, who have appeared for Tarrant since his second court appearance on April 5 last year, said in an emailed statement.

“We are not disappointed by Mr Tarrant’s decision.”

The sentencing date was formally confirmed on Monday at the high court in Christchurch in the presence of shooting survivors and family liaison representatives, the New Zealand Herald said in a report.

Tarrant has been in police custody since March 15, 2019, when he was arrested and accused of using semi-automatic weapons to target Muslims attending Friday prayers at two mosques in the city of Christchurch.

It was the worst incident in New Zealand’s recent history and the bloodbath was streamed live and promoted on Facebook for 20 minutes, on Tarrants page and related white supremacists pages and groups.

Facebook has failed to address this hate speech promotion issue on its platform but has begun censuring celebrities and influential personalities for promoting Palestinian rhetoric, As Isreal plans to extend its annexation of the West Bank. Last week Bella Hadid’s post was removed for displaying that her father was born in Palestine.

He was inspired by the Norwegian Terrorist Anders Behring Breivik. Another White supremacist based in Norway who wanted to kill Muslims.

In July 2011 he killed 77 people in twin terror attacks on the same day. He had written a chilling manifesto explaining his evil mission of slaughter. After causing carnage on the streets of Norway he surrendered to police before claiming to be the commander of a secret Christian military order plotting an anti-Muslim revolution in Europe.