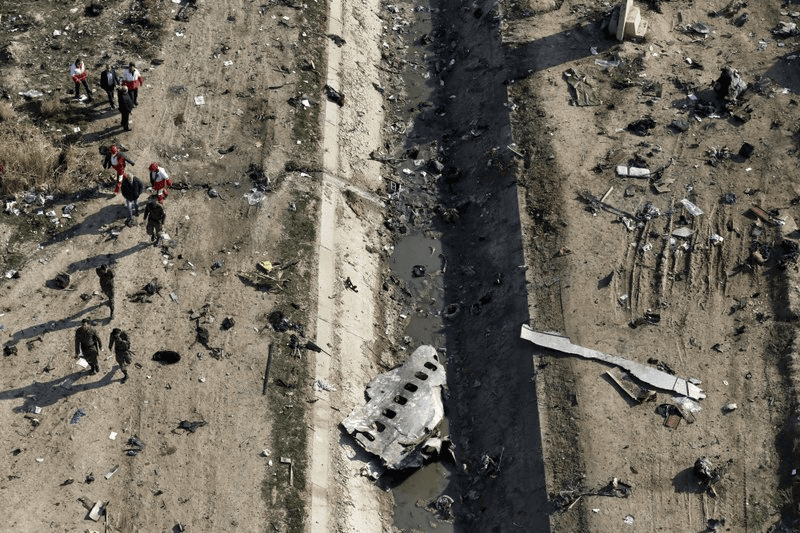 Iran report details the errors behind the decision to down Ukrainian passenger flight.

A report released late Saturday by Iran’s Civil Aviation Organisation details the errors made that led to Iran’s Revolutionary Guard shooting down a Ukrainian jetliner in January,  killing all 176 onboard.

The report claims a misaligned missile battery, miscommunication between troops and their commanders and a decision to fire without authorisation led to the downing on the jet.

Authorities had initially tried to deny responsibility but changed course days later after Western nations presented evidence that Iran had shot down the plane.

The plane’s black box flight recorder is due to be sent to Paris, where international investigators will be able to examine it. It also comes as the public opinion remains low over Iran’s government as it faces devastating US sanctions and domestic economic problems.

The downing of the plane happened on the same night Iran launched a ballistic missile attack on US soldiers in Iraq, its response to the US assassination of Gen, Qassem Soleimani on Jan 3.

Iranian troops were bracing for a US counter-attack and appear to have mistaken the plane for a missile. The civil aviation report does not acknowledge that only saying a change in the “alertness level of Iran’s air defence,” allowed previously scheduled air traffic to resume.

“Horrifying” is a descriptor that shows up relatively rarely in the @nytimes news pages. The likely final moments of the passengers of Ukrainian Airlines flight 752 warranted it. https://t.co/BTPkmESgOa pic.twitter.com/2UDTPhGXqf

‘A series of moments where the downing could have been avoided’

The report details a series of moments where the downing of the plane could have been avoided.

It said the surface-to-air missile battery that targetted the plane had been relocated and was not properly reoriented.

Those manning the missile battery were unable to communicate with their command centre, they misidentified the civilian flight as a threat and opened fire twice without getting approval from ranking officials, the report said.

“If each had not arisen, the aircraft would not have been targeted,” the report said.

The report did not say why the air defence system had been moved, though that area near the airport is believed to be home to both regular military and bases of the paramilitary Guard.

According to the report, the Ukrainian flight had a normal flight until the missile launch, with its transponder and other data being broadcast.

“At the time of firing the first missile, the aircraft was flying at a normal altitude and trajectory,” the report said.

The plane had taken off from Imam Khomeini International Airport when the first missile exploded, possibly damaging the plane’s radio equipment. The second missile likely directly hit the plane, as videos show the plane exploding into a ball of fire before hitting the ground.

The report blames the crew of the missile battery. Six people believed to be involved in the incident have been arrested, judiciary spokesman reportedly said in June.

In recent months, Iran has repeatedly delayed releasing the plane’s black box which includes data and communications from the cockpit leading up to the downing. The US, under international regulations, has a right to be part of the investigation as the plane involved was a Boeing.

Iran will send the black box to France on July 20, where Ukrainian and French experts are expected to examine it, Iran’s state-run IRNA news agency recently reported. Iran did not have the equipment on hand to read data from the black box.

The plane was en route to the Ukrainian capital when it was shot down. The 167 passengers and nine crew members included 82 Iranians, 57 Canadians and 11 Ukrainians, according to officials.

After the assassination of Solemani, millions came out for his funeral across Iran. However, his burial came just as the Guard shot down the airliner which ignited public anger against a paramilitary force that only answers to Supreme Leader Ayatollah Ali Khamenei.

My Tweets
We use cookies to help identify your computer so we can tailor your user experience, track shopping basket contents and remember where you are in the order process. WTX News Our Cookie Policy
Daily News Briefing: WHO reports record increase in global cases, rising by 230,370 in 24 hours
Man City ban overturned – City will play in next years Champions league
To Top
Weekly