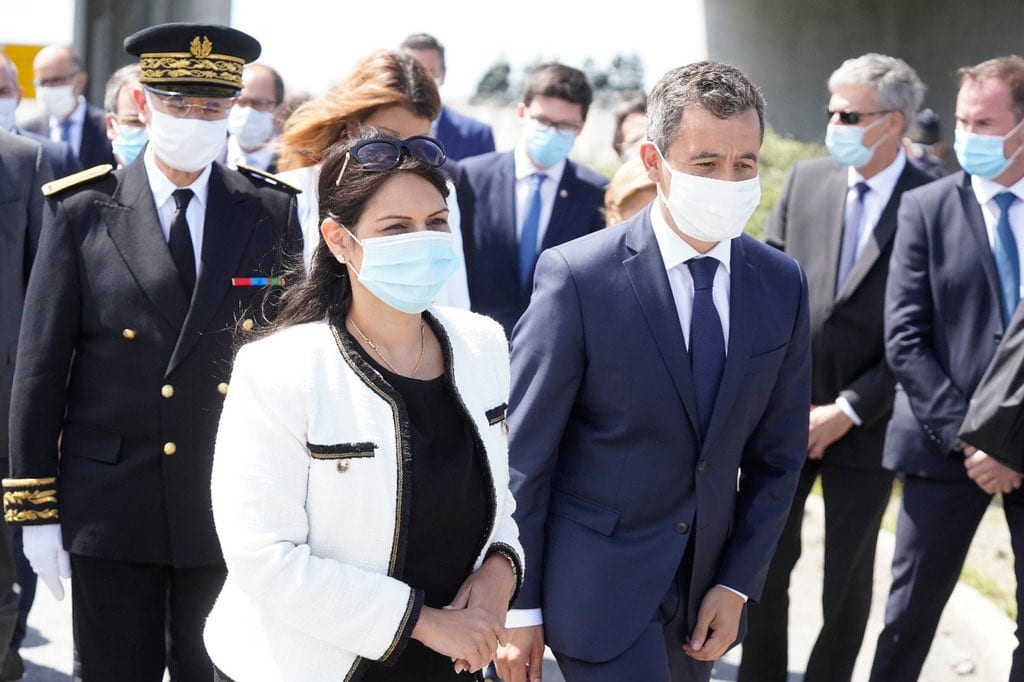 Britain and France agree to join together to fight migrant traffickers.

The interior ministers of Britain and France have signed an agreement creating a new joint police intelligence unit to fight migrant traffickers and reduce the “unsustainable” numbers crossing the Channel illegally.

Priti Patel met with France’s new Interior Minister Gerald Darmanin on Sunday in Calais – a region where migrants usually gather to find a way to Britain.

“We signed a new agreement to create a joint intelligence cell which will crack down on gangs behind people smuggling operation,” Patel wrote on Twitter.

She said they had discussed “the unsustainable levels of illegal migration across the Channel.”

The joint unit will allow services to share intelligence quickly and will consist of six British and six French police officers based in Coquelles outside Calais, Daranin told reporters.

Traffickers “are those who take advantage of the human distress of people who want to cross the English Channel and who, no doubt, are not being punished sufficiently at the moment,” said Darmanin.

Attempts to cross the Channel have increased over the last year despite the danger of heavy maritime traffic, strong currents and low water temperatures.

“Together, we must strengthen our security cooperation, in particular in [the] fight against the illegal crossing of the English Channel by migrants risking their lives,” Darmanin wrote on Twitter.

Pleased to meet newly appointed French Interior Minister @GDarmanin to discuss the unsustainable levels of illegal migration across the Channel.

We signed a new agreement to create a joint intelligence cell which will crack down on gangs behind vile people smuggling operation. pic.twitter.com/t60e60sxP9

In 2019, 2,758 migrants were rescued by French and British authorities while trying to cross – four times more than 2018, according to French officials.

The global coronavirus pandemic has reinforced the trend, with a limited number of trucks going through the Channel Tunnel leading migrants to opt for small boats instead.

Darmanin told Patel more resource would be needed to combat migrant trafficking following French emergency services rescuing 21 migrants in the Channel on Saturday as they tried to reach Britain.

“The British government has done a lot to protect the coast but we still need more resources both in terms of equipment and human resources.”