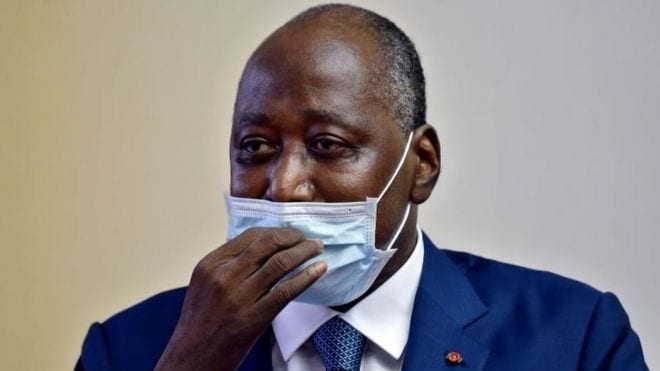 In a statement, President Alassane Ouattara said the nation was in mourning over Coulibaly’s death on Wednesday afternoon, which occurred shortly after he attended a cabinet meeting in the Presidential Palace.
He described the prime minister as his closest collaborator over a 30-year period.

He said Mr Gon Coulibaly had become unwell during a weekly cabinet meeting and was taken to hospital where he later died.

“I pay tribute to my younger brother, my son, Amadou Gon Coulibaly, who was for 30 years my closest partner,” the president said. “I salute the memory of a statesman of great loyalty, devotion and love for the homeland.”

He had received a heart transplant in 2012 and had travelled to Paris on 2 May for the insertion of a stent.

He returned last Thursday saying: “I am back to take my place by the side of the president, to continue the task of developing and building our country.”

Mr Gon Coulibaly was among the favourites to win the presidential election.