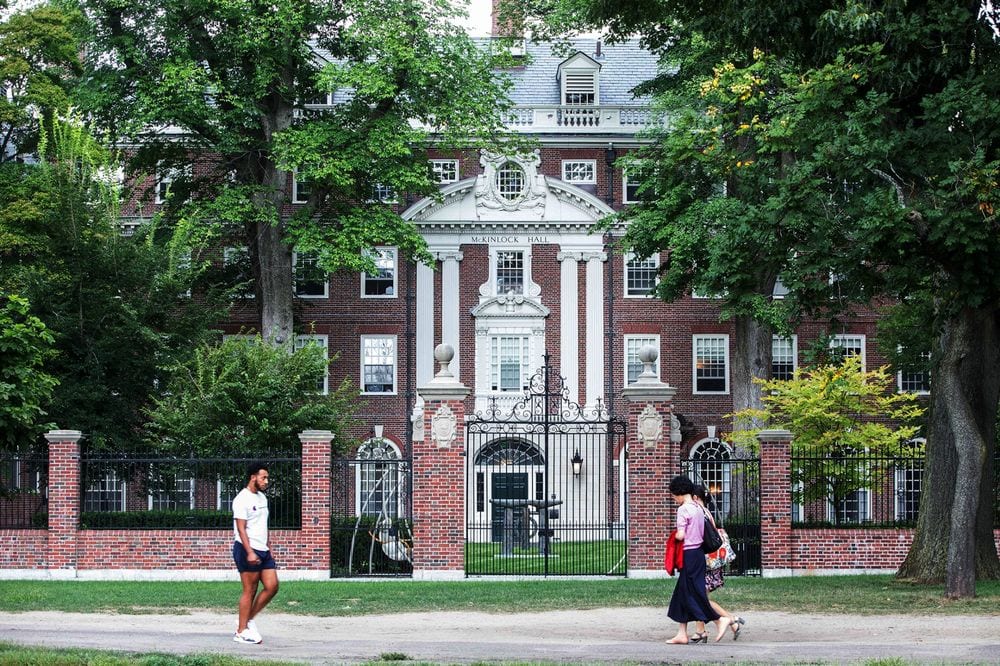 “Nonimmigrant F-1 and M-1 students attending schools operating entirely online may not take a full online course load and remain in the United States,” US Immigration and Customs Enforcement said in a statement.

“Active students currently in the United States enrolled in such programs must depart the country or take other measures, such as transferring to a school with in-person instruction to remain in lawful status,” ICE said.

“If not, they may face immigration consequences including, but not limited to, the initiation of removal proceedings.”

ICE said the State Department “will not issue visas to students enrolled in schools and/or programs that are fully online for the fall semester nor will US Customs and Border Protection permit these students to enter the United States.”

Universities will not survive

Universities with a hybrid system of in-person and online classes will have to show that foreign students are taking as many in-person classes as possible, to maintain their status.

Most US colleges and universities have not yet announced their plans for the fall semester, but are urgently dashing to include actual classes to prevent the US government from adopting a policy to send foreign students back home.

A number of schools are looking at a hybrid model of in-person and online instruction but some, including Harvard University, have said all classes will be conducted online.

Harvard said 40% of undergraduates would be allowed to return to campus — but their instruction would be conducted remotely.

There were more than one million international students in the United States for the 2018-19 academic year, according to the Institute of International Education (IIE).

That accounted for 5.5% of the total US higher education population, the IIE said, and international students contributed $44.7 billion to the US economy in 2018.

With more than 130,000 deaths linked to the novel coronavirus, the United States is the hardest-hit country in the global pandemic.

While cracking down on immigration is one of his key issues, Trump has taken a particularly hard stance on foreigners since the health crisis began.

In June, he froze until 2021 the issuing of green cards — which offer permanent US resident status — and some work visas, particularly those used in the technology sector, with the stated goal of reserving jobs for Americans.

Trade tensions between Beijing and Washington have been building for years, leading the Trump administration to label the Asian nation “a threat to the world.” Yet the tally of gifts and contracts from China to U.S. universities since the start of 2013 is approaching $1 billion.

About 115 colleges got monetary gifts, contracts or both from sources in mainland China in the six and a half years through June, according to a Bloomberg analysis of U.S. government data. The leader was Harvard University, which pulled in $93.7 million, the majority as gifts. The University of Southern California and the University of Pennsylvania were second and third.

About $12 billion poured in from foreign sources to U.S. colleges in the period. Hong Kong tallied separately, accounted for $700 million.

Harvard, which finished a fundraising drive in 2018 that gathered more than $9.6 billion, attracted donors from 173 countries, according to a spokesman. USC and Penn representatives didn’t reply to requests for comment.