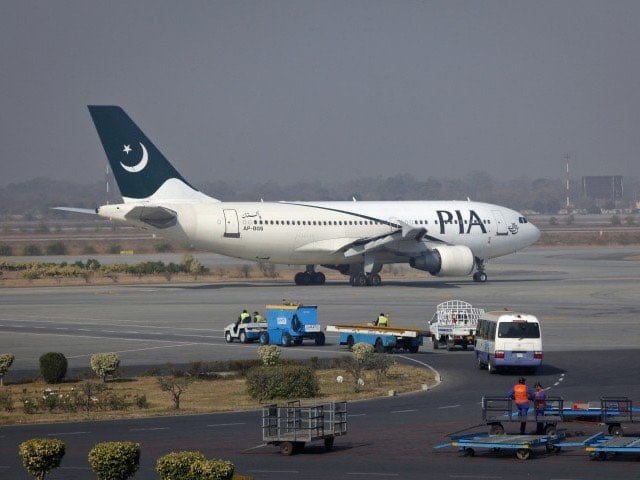 Pakistan International Airlines (PIA) the largest airline operating in Pakistan has grounded 150 of its pilots over claims they may not hold a valid licence or had cheated on exams.

The licence scandal emerged following a report into a plane crash in May. On 22 May 2020, a plane crashed in Karachi killing 97 people and leaving two survivors. It is unknown if the pilots held fake licences.

According to the report, the pilots were distracted talking about coronavirus and repeatedly ignored warnings from air traffic controllers before the plane went down in a residential area.

Pakistani Aviation Minister Ghulam Sarwar Khan said the pilots were told three times by air traffic controllers that the plane was too high and they should not attempt to land, “but the captain did not pay any heed to these instructions.”

The pilots still tried to land without lowering the landing gear.

Pakistan’s aviation authorities have been probing allegations of PIA pilots’ fake qualifications since 2018. The troubled airline has since 1965 suffered 10 major crashes and several minor incidents. The country’s national carrier has also been mired in financial and administrative troubles.

The airline has long been criticised for being overstaffed and is often referred to as the retirement home for the military. There have been questions around the lax of quality control and many appointments are seen as a result of political pressure.

Officials say the company is running a loss of around 6 billion rupees (£64 million) per month.

Mr Khan told Parliament last month that of the country’s 860 pilots working for Pakistani air carriers, 262 had either fake licences or cheated on their exams.

The examination system for pilot licences has been accused of failing to uphold regulatory standards. The process involves taking several theoretical tests – and many pilots have reportedly tried to get around it by either cheating or paying others to take the tests for them.

Earlier this week, Vietnam grounded 27 Pakistani pilots who fly for Vietnamese airlines. The UAE has sought verification of the credentials of Pakistani airline employees and the PIA has been banned from operating in Europe for six months.

Global humiliation or a chance for reform?

The investigation started over a 2018 crash landing when it was discovered the test date for the pilot involved had been on a national holiday and therefore could not have sat the exam. This discovery led to 16 PIA pilots been grounded in early 2019.

Aviation experts are divided on the licence scandal. Khan has said the grounding of the pilots is an attempt to make Pakistani Airlines credible and dispel global concerns.

“Losing people’s lives is far worse than losing a temporary image before institutional reforms. There is a lack of induction, lack of training and lack of oversight in the PIA,” Shahzad Chaudhary, a retired vice air force Marshal said.

But others feel the grounding of the pilots is a global humiliation for Pakistan.

“There is the sweeping statement from the government and the list [of grounded pilots] issued by the government is doubtful. It has many mistakes and it will lead to disaster. People will not even think of boarding the PIA with fake licence pilots flying the planes,” said Ijaz Haron, who was managing director of the airline until 2011.

PIA downgraded to 1 star airline. Any value Pakistan could have got from privatisation has gone down the drain. Any hopes of turning it into a profitable entity has evaporated as no one would travel on PIA.

This is NOT how you reform institutions. https://t.co/GJB0s5IWBP

“It is now an uphill task to revive the PIA. When the confidence level in the flying crew is lost, everything is lost, This move is going to be the last nail in the coffin,” he added.