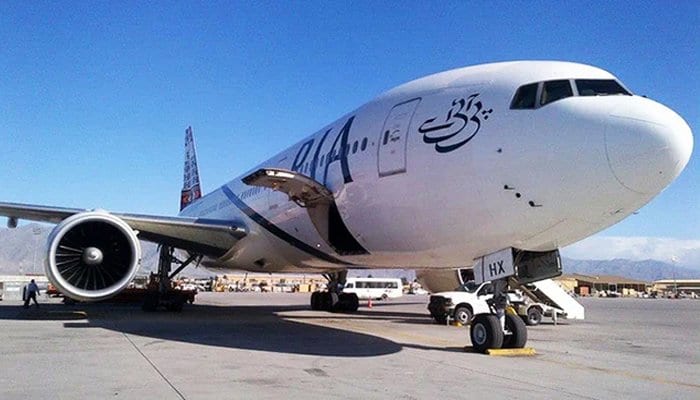 The move announced on Tuesday afternoon follows the decision by the European Union Aviation Safety Agency (EASA) to suspend PIA’s air operations permit for a period of six months over concerns that Pakistan is “not capable to certify and oversee its airline operators”.

EASA has suspended PIA's permission to operate to EU member states for 6 months w.e.f July 1, 2020: 0000Hrs UTC. PIA is in touch with EASA to allay their concerns and hopes that the suspension will be revoked with our CBMs soon.

The UK Civil Aviation Authority is required under law to withdraw PIA’s permit to operate to the UK pending EASA’s restoration of their approval that it meets international air safety standards.”

UK consumers intending to travel via PIA flights from either of these airports have been advised to follow instructions provided here.

A spokesperson for PIA confirmed the development in a conversation with Geo.tv. He said, “EU has suspended PIA for six months, starting from July 1, 2020. This ban comes in the aftermath of the pilots’ licence controversy which severely disrupted the confidence of the EU.”

The spokesperson said that PIA was dedicated to implementing new confidence-building measures and would try to get this decision reversed as soon as possible. As far as the same development in the UK was concerned, the spokesperson said he had not received official correspondence in that regard as of the present moment.

There are over 1.6 million British Pakistanis in the UK who regularly travel between the UK and Pakistan. Previously, PIA flew 25 flights to the UK every week with 7,500 passengers flying.