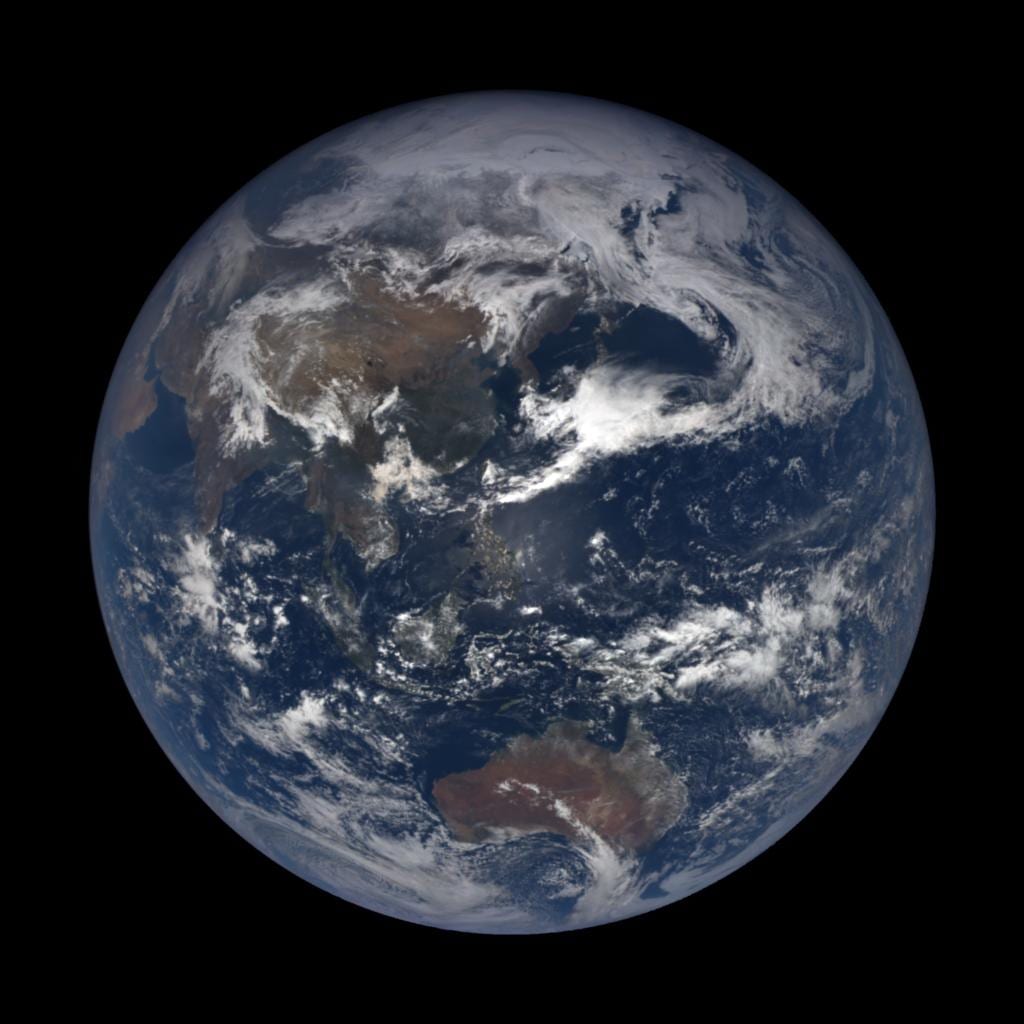 2020 so far: As lockdown nears to an end, let’s look back on six months that changed the world and the stories you may have forgotten. But despite the global lockdown a lot has happened in 6 months

Every day we publish multiple five-minute reads, including our Briefings, Columns and Trend Lines. Our briefings are written by our global network of expert contributors, on matters of current importance. Our lineup of five columnists provides a different authoritative take on international affairs every day of the week. Trend Lines items are brief looks at current events, written by our editors, including our “Global Insider” interview series.

In-depth, full-length reports provide comprehensive examinations of single subjects. These include our Features, Special Reports, and Country Reports. And now we have put together a review of some of the major headlines from this year so far.

On 3 January 2020, Iran’s General Qasem Soleimani was killed by a US drone strike near Baghdad International Airport. The death of Soleimani was widely described by mainstream media as an assassination.

His death raised tension between the US and Iran. France24 reported the targetted killing of Solemani “caused alarm around the world, amid fears that Iranian retaliation against American interests in the region could spiral into a far larger conflict.”

It led to #WW3 trending on Twitter over genuine fears of a war breaking out between the two nations.

Iran’s General Solemani killed by an American drone, increasing tensions between the US and Iran.

In January 2020 the Australian bushfires were still dominating the news. The record-breaking temperatures and months of severe drought had fuelled a series of massive bushfires across Australia.

At least 34 people had been killed and more than 18 million hectares of bush, forest and parks across Australia burned.

The bushfires had started back in September 2019 and by January 2020 Ecologists from The University of Sydney estimated 480 million mammals, birds and reptiles had been lost to the fires.

In early January a Ukrainian Boeing 737-800 with 176 people on board was shot down in Iran.

Ukraine International Airlines flight PS752 to Kyiv went down just minutes after taking off from Tehran’s airport at 06:12 local time.

The majority of passengers were from Iran and Canada. All 176 passengers and crew were killed.

It was later announced the plane was shot down by the Islamic Revolutionary Guard Corps (IRGC), which attributed it to human error.

On 26 January 2020 NBA superstar Kobe Bryant, his 13-year-old daughter Gianna, family friends and the pilot died in a helicopter crash in Calabasas California.

The cause of the crash is still unknown, as the helicopter was not equipped with a black box.

On February 7, Bryant and his daughter were buried in a private funeral. A public memorial service was held on February 24 (2 /24 marking both Kobe’s and Gianna’s jersey numbers) at the Staples Centre.

NBA legend Kobe Bryant, his daughter Gianna and seven other people died in a helicopter crash in California.

The UK leaves the EU

On 1 February 2020, the UK officially left the European Union after 47 years of membership – and more than three years after it voted to do so in a referendum.

The historic moment, which happened at 23:00 GMT, was marked by both celebrations and anti-Brexit protests.

Brexit is official. The UK left the EU in February this year after 47 years of membership.

The impeachment of US President Donald Trump kicked off in December 2019. The House of Representatives approved articles of impeachment on charges of abuse of power and obstruction of Congress.

By February 5, 2020, Trump was acquitted by the Senate on the two counts of impeachment.

On 15 February 2020 British TV presenter Caroline Flack was found dead at her home in North East London. Her death was ruled a suicide.

The news was met with great sadness and sparked a backlash against the British media for hounding and sensationalising the events leading up to her death.  #BeKind started trending on Twitter.

In February 2020 Hollywood film producer Harvey Weinstein was found guilty of 1 count of third-degree rape, 1 count of criminal sexual assault in the first degree. He was sentenced to 23 years behind bars.

In October 2017, following sexual abuse allegations, Weinstein was dismissed from his company and kicked out of the Academy of Motion Pictures Arts and Sciences.

More than 80 women made allegations against Weinstein by October 31. The allegations sparked the #MeToo movement on social media.

The former King of Hollywood, Harvey Weinstein was found guilty, his arrest kicked off the #MeToo movement on social media.

Started with most of the EU and Middle Eastern countries imposing a lockdown, with Italy and Iran being the worst-hit zones outside China. In the middle of March, as the coronavirus deaths hit the UK, the British Prime Minister Boris jOhnson forced a lockdown on all the UK, banning any non-essential travel.

WHO declares Covid-19 a pandemic

By March 2020 the World Health Organisation (WHO) took centre stage as it officially declared Covid-19 a pandemic.

Covid-19 started in Wuhan, China back in late December 2019. In early January 2020, the WHO issued a comprehensive package of technical guidance online with advice to all countries on how to detect, test and manage a potential case.

On March 11 the WHO declared the new coronavirus a pandemic and on March 23 PM Boris Johnson announced the lockdown measures with further restrictions being added in April.

Well over 100 countries worldwide had instituted either a full or partial lockdown by the end of March 2020, affecting billions of people.

WHO declares Covid-19 a pandemic

Prince Harry and Meghan step down as senior Royals

On March 31, 2020, Prince Harry and the Duchess of Sussex officially stepped down as senior royals.

As of 31 March 2020 they no longer represent the Queen, use their HRH titles and have become financially independent. They now reside in Los Angeles, California.

Harry and Meghan step back down as senior royals

The enforced lockdown created a binge-watching environment and tiger King fever broke out around the world. But we were also inspired by some local heroes who used the time to make a difference.

A 99-year-old war veteran has been left “speechless” after raising more than £23m for the NHS.

Capt Tom Moore originally aimed to raise just £1,000 for NHS Charities Together by completing 100 laps of his garden before his 100th birthday.

The Duke of Cambridge hailed him as a “one-man fundraising machine”.

His daughter Hannah Ingram-Moore said: “There are no words left to say. We cannot believe people’s generosity and he’s just floored by it.”

The petition, which was set up earlier this week, has received more than 680,000 signatures after his efforts grabbed the nation’s attention.

Tiger King: Murder, Mayhem and Madness is a 2020 American true crime documentary series about the life of zookeeper Joe Exotic.

It was released on Netflix on March 20 2020 and Tiger King fever quickly swept the world. The series is one of Netflix’s most successful releases to date and prompted many memes of the show’s stars.

In May The Daily Mirror and The Guardian broke the news of Dominic Cummings trip to Durham during the coronavirus lockdown.

The PM’s most senior adviser drove 260 miles from London to Durham, and took a 60-mile round trip from Durham to a nearby town on his wife’s birthday – a trip he says he made to test whether his eyesight was good enough to drive.

He faced calls to resign, both from opposition politicians and members of the Conservative party.

In a strange move, Mr Cummings decided to give a press conference. He said he believed acted “reasonably” and within the law. The prime minister backed Dominic Cummings.

The public widely condemned Mr Cummings’ actions and questioned why one of the government’s most senior employees ignored the rules he helped to set for the nation.

On 25 May 2020 Geoge Floyd, a 46-year-old black man was killed in Minneapolis, Minnesota during an arrest. Derek Chauvin, a white police officer, knelt on Floyd’s neck for almost nine minutes whilst Floyd was handcuffed and lying face down, begging for his life and repeatedly saying “I can’t breathe.”

Even after Floyd became unresponsive and laid motionless, Chauvin did not remove his knee off Floyd’s neck. He only did when medics arrived and told him to do so.

George Floyd’s death sparked national protesting and rioting that quickly spread internationally. With protesters calling for the officers to be arrested and the end to systemic racism and police brutality.

The officers have been charged but released on bail.

May 2020 George Floyd was killed whilst being arrested by police officers. His death sparked international outrage.

On 30 May, SpaceX and NASA launched two astronauts to space aboard the Crew Dragon spacecraft. It marked the first time a private company has flown humans into orbit and the first crew launch from US soil since the end of the space shuttle programme in 2011.

Liverpool’s 30-year wait for a top-flight title is over after Manchester City lost 2-1 at Chelsea to confirm the Reds as Premier League champions.

Jurgen Klopp’s side needed one victory to seal the league but City’s failure to win means they cannot be caught. It is Liverpool’s 19th top-flight title and their first since 1989-90.

Despite being urged to “stay home” by the city’s metro mayor because of coronavirus, thousands of fans gathered at Anfield to celebrate.

As the global pandemic disrupted life in England and led to the suspension of the Premier League for three months, Liverpool supporters endured a nervous wait to see how the season would end, with some early suggestions it might have been declared null and void, thus wiping their remarkable efforts from the record books.

The Premier League’s return this month enabled them to cap their stunning success.

My Tweets
We use cookies to help identify your computer so we can tailor your user experience, track shopping basket contents and remember where you are in the order process. WTX News Our Cookie Policy
Daily News Briefing: UK needs ‘biggest ever peacetime job creation plan’ to stop mass unemployment
Terrorist attack on Karachi Stock Exchange sponsored by India
To Top
Weekly