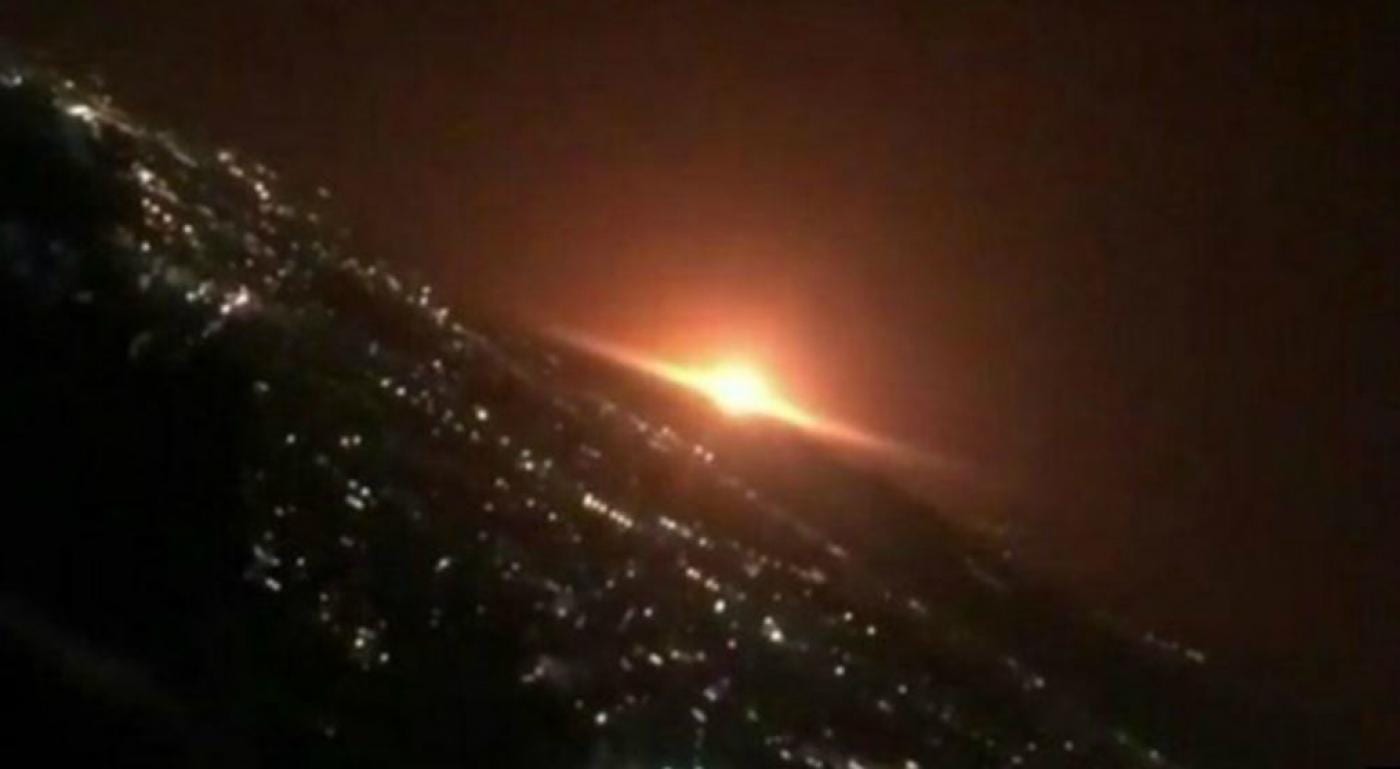 Reports of a massive explosion in Iran on Friday. The explosion took place at an Iranian missile plant that shook Tehran and sent a massive fireball shooting into the night sky was almost certainly caused by sabotage.

An explosion that rattled Iran’s capital came from an area in its eastern mountains that analysts believe hides an underground tunnel system and missile production sites. A key target for Israeli intelligence.

The blast happened at the Khojir military explosive manufacturing and testing site in the Parchin defence industries area, in the Alborz mountains about 20 km east of the capital.

What exploded in the incident early Friday that sent a massive fireball into the sky near Tehran remains unclear, as does the cause of the blast.

“Although military and defence industry accidents do occur in Iran, the consensus appears to be a cyber strike by Israel against Iran,” said Dr Theodore Karasik, senior adviser at Gulf State Analytics in Washington, DC. The ongoing cyberwar between Iran and Israel is not a new phenomenon.

However, Iran’s defence ministry spokesperson Davoud Abdi told state TV on Friday the blast happened at a gas storage facility in a “public area” of Parchin.

He added that firefighters put out the fire. Investigations were underway to determine the cause of the incident. No casualties were reported, he added.

The tank blew up around midnight on Thursday, with Fars news agency saying “a number of social media users reported seeing an orange light” in the east of the Iranian capital.

First video report of a massive explosion with red light around Tehran, heard by many residents. Reports of a military outpost around there. #Iran pic.twitter.com/lQT4CPFLUC

The plant, which has a hidden underground tunnel system, produces and tests artillery rockets and ballistic and cruise missiles. New satellite photos of the site showed hundreds of meters of charred and blackened scrubland.

Iranian state TV said the explosion in Iran had been caused by leaking gas in “a public area,” but did not explain why the incident was handled by military officials rather than civilian firefighters. The explosion on Friday appeared to have struck a plant operated by the Shahid Bakeri Industrial Group, who make military equipment.

Satellite photos of the area, some 20 kilometres (12.5 miles) east of downtown Tehran, showed hundreds of meters (yards) of charred scrubland not seen in images of the area taken in the weeks ahead of the incident. The building near the char marks resembled the facility seen in the state TV footage.

Such sites “support most facets of Tehran’s ballistic missile capabilities, including the operational force and the missile development and production program,” the DIA said in 2019.