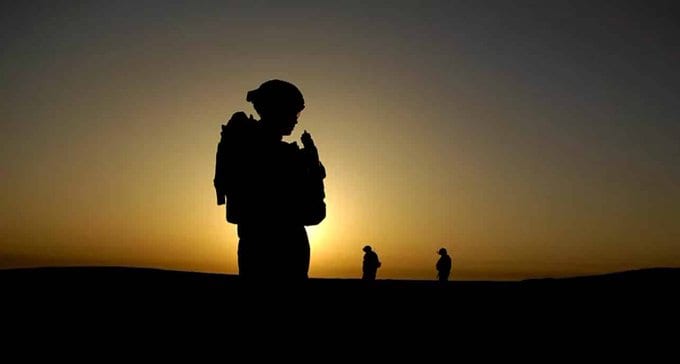 A US soldier has been accused of planning an attack on his Army unit by giving classified information to a neo-Nazi satanist group based in the UK.

Ethan Melzer, 22, has been charged with:

Melzer was arrested by the FBI on June 10 after investigators claimed he gave sensitive military information to the Order of Nine Angles.

The Order of Nine Angles (O9A) is a British neo-Nazi Satanist group that encourages extreme violence. They aim to destabilise society and overthrow what it views as Jewish control of global culture and economics.

The UK group Hope Not Hate referred to O9A as a major influence on Nazi terror groups both in the US and abroad.

“Ethan Meler plotted a deadly ambush on his fellow soldiers in the service of a diabolical cocktail of ideologies laced with hate and violence,” Assistant Attorney General for National Security John C Demers said. “Our women and men in uniform risk their lives for our country, but they should never face such peril at the hands of one of their own.”

Acting US Attorney Audrey Strauss said Melzer was “motivated by racism and hatred as he attempted to carry out this ultimate act of betrayal.”

Melzer joined the Army in 2018 and a year later he allegedly joined O9A. In October 2019 Melzer and his unit were deployed abroad.

Prosecutors say prior to planning his attack he consumed extremist propaganda from multiple groups including ISIS.

Authorities say he used an encrypted application to send messages to members of O9A as well as a group known as the “Rape Waffen Division.” Melzer allegedly pledged his allegiance to O9A and gave them sensitive information about his unit’s upcoming deployment including location, movement and security of the servicemembers.

Investigators said Melzer and his co-conspirators planned what they referred to as a “jihadi attack” on his unit.

Melzer purportedly told the hate group he was aware he could be a casualty of the attack but wrote, “who gives a f— … it would be another war … I would’ve died successfully … cause another 10 year war in the Middle East would definitely leave a mark.”

Melzer allegedly admitted his role in plotting the attack during a voluntary interview with military investigators and the FBI.