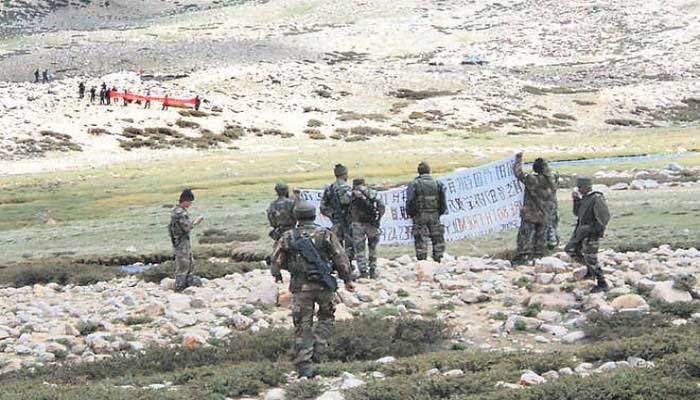 A total of 20 Indian soldiers died on Tuesday as a result of border clashes with Chinese troops in the northern Himalayan region of Ladakh, according to a statement by the Indian military.

“Indian and Chinese troops have disengaged at the Galwan area where they had earlier clashed on the night of 15/16 June 2020,” said the Army’s statement.

According to local Indian army sources, WTX News learned that four soldiers are currently missing and a further 32 “were handed back after being captured”.

According to local Indian army sources, WTX News learned that four soldiers are currently missing and a further 32 “were handed back after being captured”.

According to local reports, both sides “have disengaged” after 17 Indian troops were injured. The injured troops “exposed to sub-zero temperatures in the high altitude terrain have succumbed to their injuries”, added ANI. This brought the death toll, from the earlier reported three to 20, it said.

“Indian Army is firmly committed to protecting the territorial integrity and sovereignty of the nation,” it added.

The US, UK and all other civilised pro democracy nations must support ⁦@PMOIndia⁩ as India faces down the hostile imperialism of China. In my view China shouldn’t gain one inch of Indian soil. https://t.co/lAVOo6QENI

According to earlier reports by Indian media, three troops, including an officer and two soldiers were among those killed near the Line of Actual Control (LAC).

The soldiers were killed in a “physical fight” which involved the use of stones and batons, in a brutal fight.

“During the de-escalation process underway in the Galwan Valley, a violent face-off took place yesterday night with casualties. The loss of lives on the Indian side includes an officer and two soldiers. Senior military officials of the two sides are currently meeting at the venue to defuse the situation,” quoting an official statement.

China, in response to India’s statement, accused Indian troops of crossing a disputed border between the two countries, reported AFP.

Beijing has lodged “strong protests and solemn representations” to Delhi, he said.

“We once again solemnly ask the Indian side to follow our consensus, strictly regulate its front-line troops and do not cross the line, do not stir up troubles or make unilateral moves that may complicate matters,” Press Trust of India quoted Lijian as saying.

He added, “China and Indian side agreed to resolve the bilateral issues through dialogue to ease the border situation and maintain peace and tranquillity in border areas.”

My Tweets
We use cookies to help identify your computer so we can tailor your user experience, track shopping basket contents and remember where you are in the order process. WTX News Our Cookie Policy
Water parks to reopen in Dubai from June 18
China suffers casualties in border clash with India
To Top
Weekly