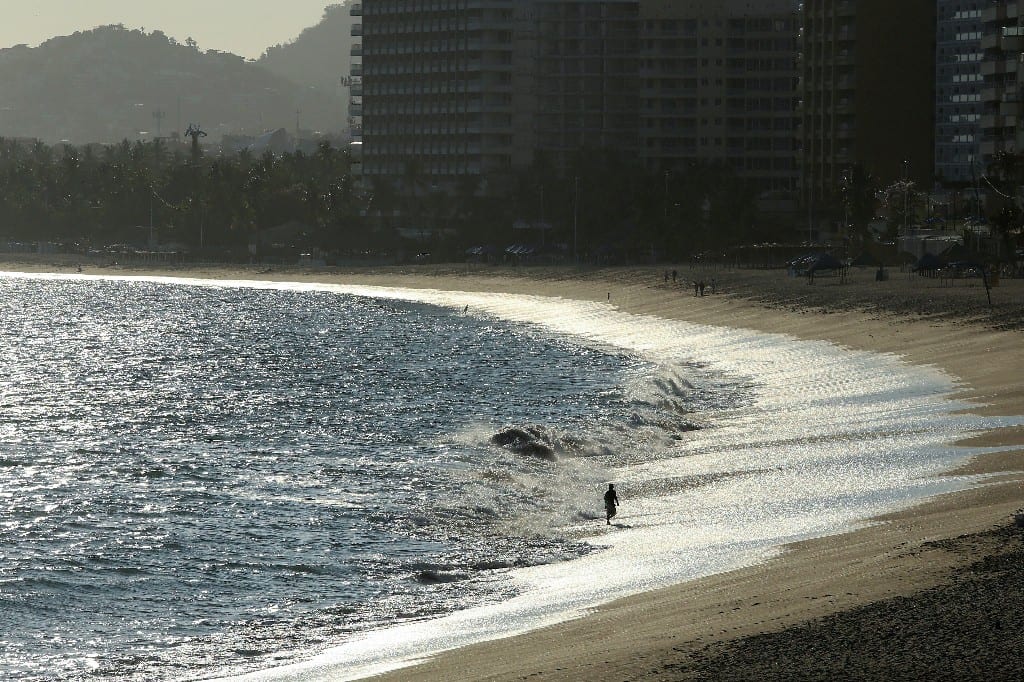 Foreign visitors have begun to trickle back to the white sands and warm waters of the Caribbean coast of Mexico as its popular beaches gradually reopen to tourism with new sanitary measures in place to prevent the spread of the  CORONAVIRUS.

“I’ve been stuck in New York City in my apartment for three months, so I decided that on the beach somewhere open was probably a good call,” said web designer Sam Leon, 31, after arriving Saturday at the airport of famed resort town Cancun.

He said he planned to head to the trendy beach of Tulum with a friend and said he had no qualms about possibly picking up the virus while travelling because he was in good health.

Others were similarly undeterred, even as Mexico reported record infection levels in recent days and in certain areas is at the peak of the pandemic. Mexico has registered 16,448 overall deaths.

“We travel all the time… we’re really not super concerned,” said Canadian national Brad Kendell, 32, who lives in Panama. He had been in Mexico City with his wife last March when Panama put the country on lockdown.

They chose to decamp to Cancun for a “change of pace” while waiting for travel restrictions to ease.

About 20 tourists splashed in the water and relaxed on the sand on a recent day at Hard Rock Hotel, which re-opened on June 8 along with 16 other beachside resorts in Cancun. Hard Rock said it installed hand sanitizer stations, ramped up cleaning and is enforcing distancing rules at the pool and beach areas.

Although hotels can allow guests into the water, public beaches remain closed.

“The most important thing right now is to revive the state’s economy, but we have to be careful with the health of our people,” Carlos Joaquin, governor of Quintana Roo state which includes Cancun, said last week.

A full recovery for Mexico’s tourism sector – which represents 8.7% of gross domestic product and employs 4.5 million people – looks far off.

Mexico registered only 86,000 foreign visitors in April, down from 2.8 million the same month the year before, according to official data.