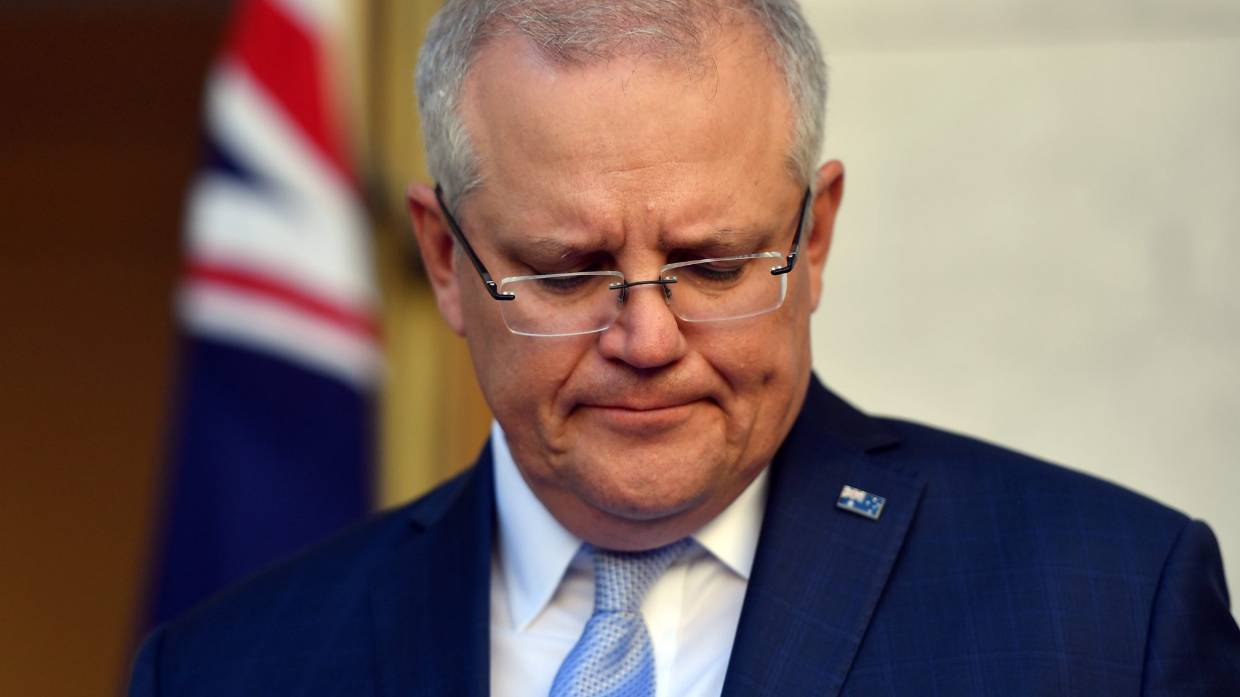 Australian officials warned Black Lives Matter supporters they could arrest them if they breach CORONAVIRUS restrictions to take part in public protests, as debate erupted over the country’s own indigenous history.

Prime Minister Scott Morrison drew strong criticism on Thursday after he said “there was no slavery in Australia” during a discussion of the early days of British settlement, which he acknowledged was “pretty brutal.”

Historians, Aboriginal activists and some lawmakers expressed shock and dismay at the comments.

However, Australia does have a history of forced labour and stolen wages of Aboriginal people, which lasted until the 1970s.

Scott Morrison: "There was no slavery in Australia"

What does he think the chains were for, PPE? #BlackLivesMatter #ScottyFromMarketing #Grub pic.twitter.com/BRLmVzsiAG

The Black Lives Matter movement has refocused attention in Australia on the mistreatment of indigenous Australians, including Aboriginal deaths in custody.

Senator McCarthy said the Cocos-Keeling Islands began with slavery and indentured labour, while parts of north Queensland’s prosperity was built by South Sea Islanders kidnapped from their homes to work in cane fields.

“In the Northern Territory, the pastoral industry was built on the backs of Aboriginal people who were not paid equal wages to their white counterparts,” she said.

“The PM would do well to look into the history of the country he is trying to lead.

“These are all part of our nation’s history, as well as the arrival of Captain Cook and the First Fleet. Truth-telling must be an integral part of unifying our country, not dividing it.”

Besides, Victoria state officials confirmed on Thursday that one of eight new cases of COVID-19 reported on Thursday was a man who attended the Melbourne weekend rally. More unauthorised protests are planned for Friday.

“We will start writing tickets of A$1,000 ($700) and we can use all of our powers to move people on,” New South Wales Police Commissioner Mick Fuller said. “If you don’t move on, well then you’ll be arrested.”

Call to remove statues in Australia, Morrison said: “get a grip”

Morrison rejected growing calls to remove statues of white leaders, including one of the country’s first prime minister, Edmund Barton, which is located near an Aboriginal burial site. Barton played a key role in drafting the national constitution, which negated Aboriginal rights.

Asked whether he supported the removal of statues of Captain Cook, Morrison said: “Cook was no slave trader.

Morrison said the initial motives of protesters were “fair”, but the push for the removal of the statues was being driven by political agendas.

International Black Lives Matter protests have led to the removal of many statues linked to slavery.

Australia on Tuesday recorded its first day without any community transmissions of COVID-19 since the crisis began. It has recorded 7,285 cases, including 102 deaths.

My Tweets
We use cookies to help identify your computer so we can tailor your user experience, track shopping basket contents and remember where you are in the order process. WTX News Our Cookie Policy
Daily News Briefing: Crisis means local authorities could go bust
Daily News Briefing: UK economy shrinks by record 20.4% in April lockdown
To Top
Weekly