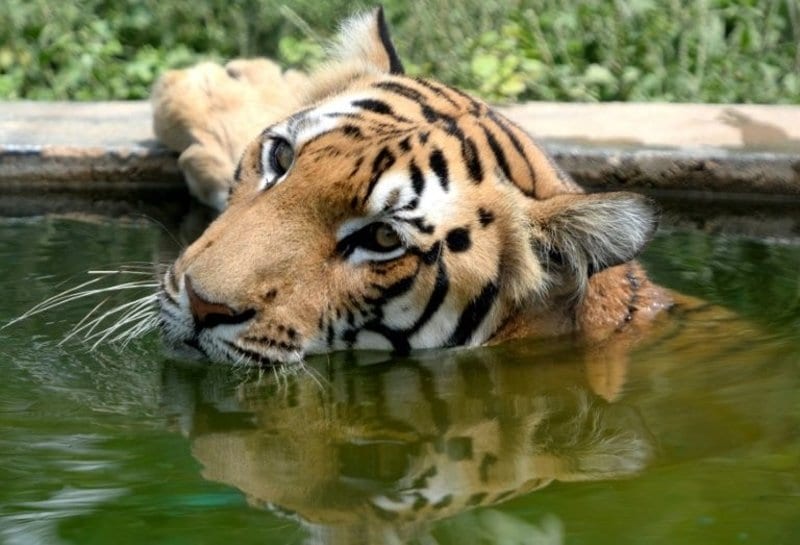 Indian officials have sentenced a tiger to a life in captivity after killing three people, stating it was “too dangerous” to be allowed to roam free.

Moreover, It is blamed for attacking cattle.

The five-year-old male predator had embarked on a trek more than 500 kilometres (310 miles) long from western Maharashtra state to central India’s Betul district in Madhya Pradesh state in 2018.

“The only option left was to put it in captivity to ensure both the tiger and humans are safe,” he added

Indian authorities trapped the tiger in December 2018 after its long journey and imprisoned it for two months.

Eventually, they fitted the tiger with a tracking collar releasing it between a tiger reserve and a national park.

Finally, the tiger was tranquilised and sent to a zoo in Madhya Pradesh capital’s Bhopal on Saturday.

“It will take him some time to adjust to the new environment. Bhopal’s Van Vihar National Park director, Kamlika Mohanta, said.

“We will be monitoring his behaviour,” he added

“As of now, it will remain in solitary confinement.”

“A decision to put it on display at the zoo or send it to a (fenced) safari will be taken later.”

Human attacks on tiger territories have increased in recent decades in the nation of 1.4 billion people.

This has led to deadly conflicts between humans and tigers, which have caused the death of many tigers and humans.

Tiger attacks killed nearly 225 people between 2014 and 2019, according to government figures.

Poachers have killed more than 200 tigers between 2012 and 2018, however, local wildlife conservationists suggest this number is much higher.

INDIA is home to around 70% of the world’s tigers.