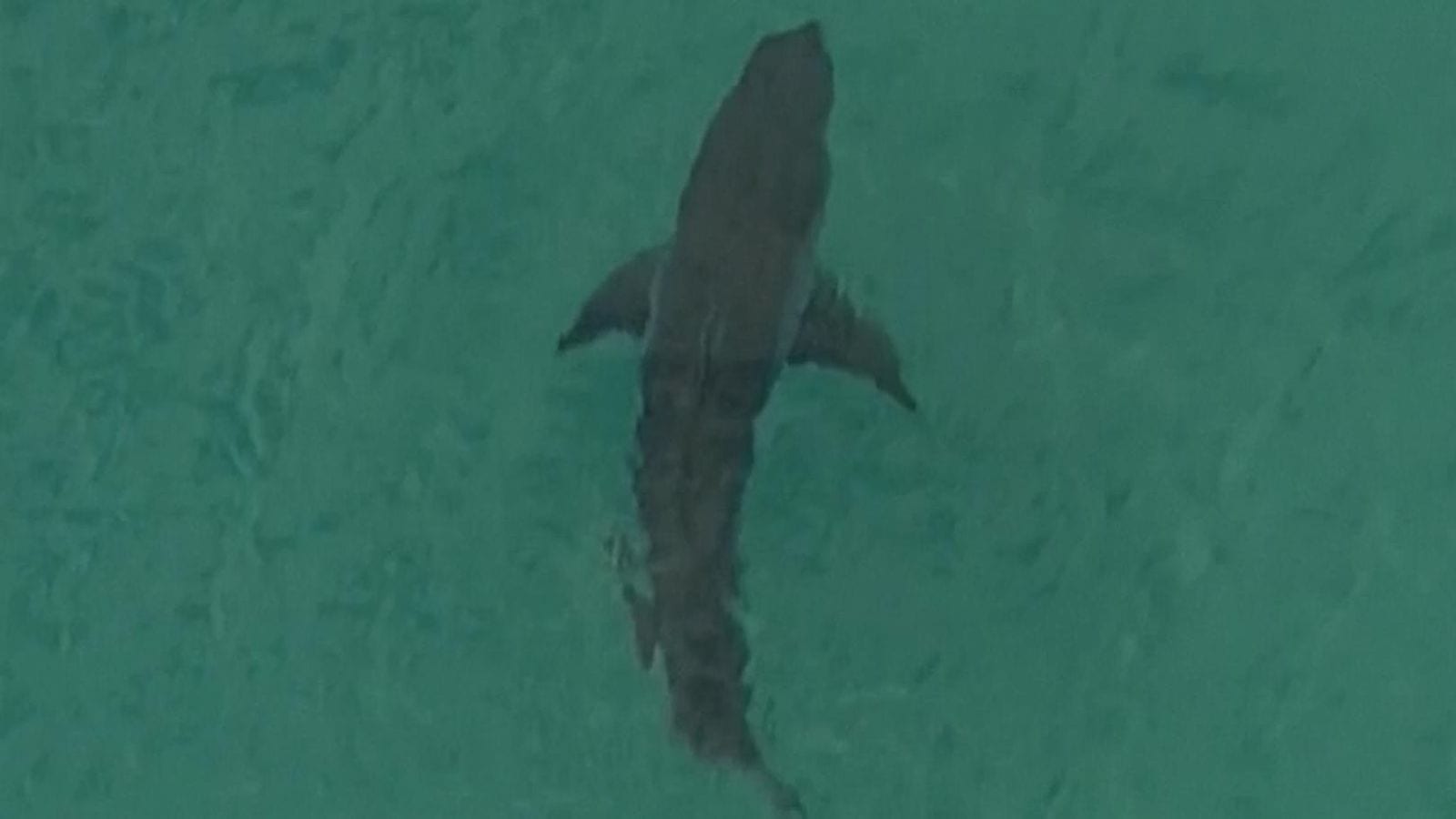 A 10-foot (3m) great white shark has attacked and killed a 60-year-old surfer off of Australia, police have said.

Several surfers tried to help the man after he was attacked in the waters off Salt Beach in South Kingscliff, New South Wales, just after 10 am on Sunday.

Two men fought off the shark before taking him onto the beach where he was given first aid.

Despite their efforts, the man, from Tugun, Queensland, died on the beach, police said.

Nearby beaches were cleared of swimmers and surfers and will remain closed for 24 hours.

“there was nothing else we could do”

This is the third fatal shark attack in Australian waters this year.

The Sydney Morning Herald said that although police gunmen were deployed to find the shark, they were unable to kill it and it left the area after several hours.

Police are licensed to kill sharks if they are considered a threat to human life but no shots were fired in this case.

The shark bit the man’s thigh then circled those who came to his aid, reportedly ramming one of their boards.

Paramedic Terry Savage praised the men who brought the surfer ashore, saying: “It was nothing short of heroic to get him to the beach.

“Unfortunately there was nothing else we could do,” he said

People were ordered out of the water, with jet skis used to bring some in.

Salt Surf Life Saving Club member, James Owen, told the Herald: “It’s a bit of a shock for everyone at the moment. There’s a very sombre mood here. I don’t know of a previous fatal shark incident in this area.”

White sharks are said to be active in the area at this time of year.

This is the third fatality from shark attacks this year.

In April, a 23-year-old Queensland ranger was killed in an attack on the Great Barrier Reef.

In January, a 57-year-old diver was killed off Western Australia.

No deaths were recorded last year.