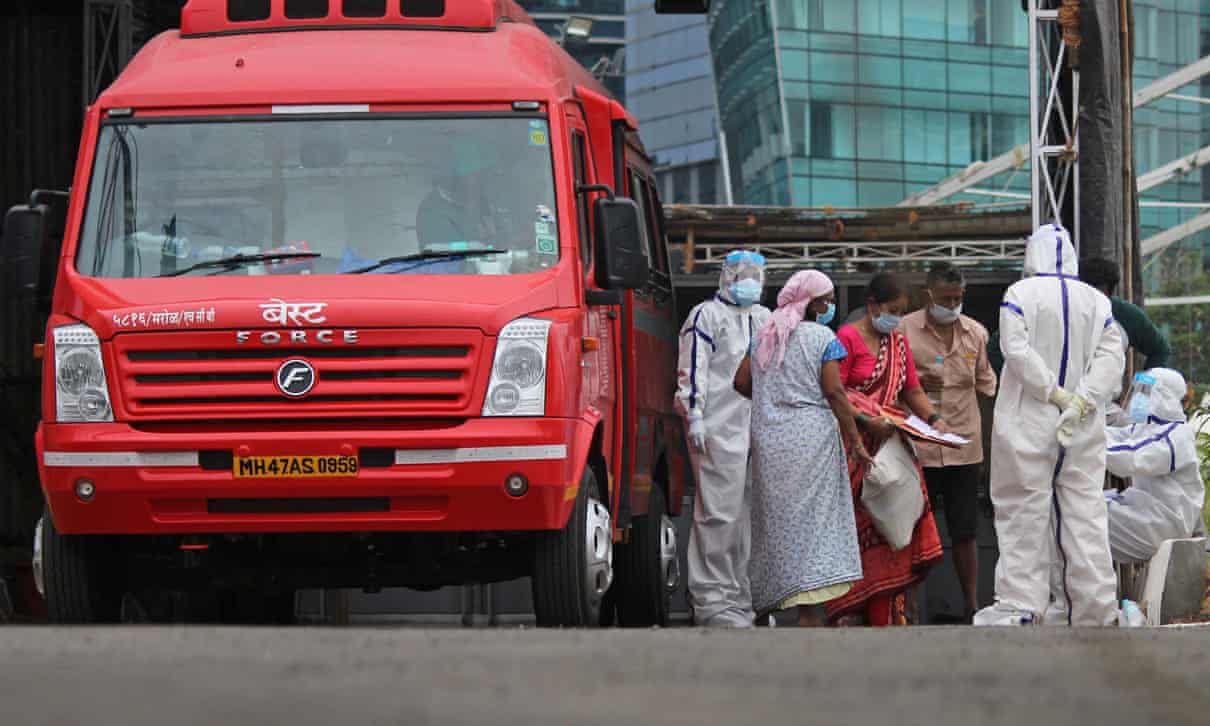 India’s authorities have moved at least 100,000 people including coronavirus patients to safety as India’s west coast braced for a cyclone – especially Mumbai-

It is the first such storm to threaten Mumbai in more than 70 years.

Cyclone Nisarga, which is approaching from the south-west, would be the first serious cyclone to make landfall in the city since 1891.

The chief minister of Maharashtra state, Uddhav Thackeray, of which Mumbai is the capital, said they instructed people living in flimsy homes near the shore to move to safer places before Cyclone Nisarga made its scheduled landfall later on Wednesday.

DOs and DONTs for Mumbaikars to take on Cyclone Nisarga.

Dial 1916 and Press 4 for any cyclone related query or concern.#BMCNisargaUpdates pic.twitter.com/HY9xYVUmLD

Mumbai is India’s most populous city and its financial capital, With 20 million people.

The  Coronavirus outbreak has already badly hit Mumbai to become the worst-affected city in India.

India’s authorities delivered extra generators to hospitals in the past few days.

“Everything we didn’t want to happen right now is happening,” one city official told a TV channel.

Animation on the movement of Severe Cyclonic Storm NISARGA from Goa Radar. pic.twitter.com/AnJBYnTPpP

The tens of thousands of people evacuated before the cyclone.

They included 150 patients from a recently-built Covid-19 field hospital.

The local government said people living in flimsy homes near the shore were being moved. The coast guard said it had taken 109 fishermen in 18 boats to safety.

At 05:30 local time (00:00 GMT), the Indian Meteorological Department said the cyclone was 215km (134 miles) from Mumbai – and had intensified into a “severe cyclonic storm”.

They later said the cyclone had speeded up and was moving at around 13 kilometres an hour.

There has already been heavy rain in Mumbai since Tuesday.

The government urged people to secure their homes, prepare an emergency kit, and keep documents and valuables in waterproof containers.

Amphan and Nisarga cyclones in India

Mumbai has rarely faced the brunt of cyclones.

The last severe storm to hit the city struck in 1948, killing 12 people and injuring more than 100.

Cyclone Amphan killed more than 100 people when it hit eastern India and Bangladesh in May.

It flattened villages, destroyed farms and left millions without electricity