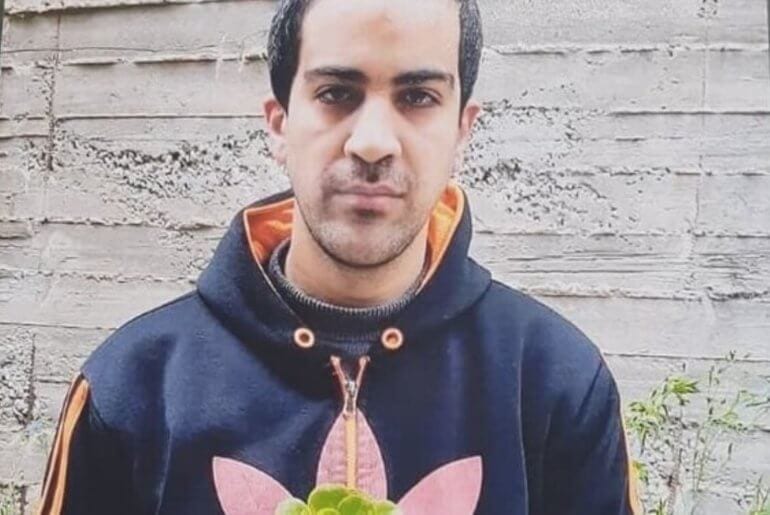 Hundreds of people have attended the funeral of, Iyad Halaq, 32. An autistic Palestinian man who was shot dead by Israeli police.

He was killed on Saturday in occupied East Jerusalem while he walked to his special needs school.

He was shot dead reportedly after becoming confused by shouting police and fleeing in a panic to hide among rubbish bins.

Israel’s police force said officers suspected Mr Halaq was carrying a weapon and that they opened fire when he failed to obey orders to stop.

He was later found to have been unarmed.

Warda Abu Hadid, Halak’s caregiver, told Israeli media she had tried to alert police to the fact that he was severely autistic and did not understand their calls.

“Suddenly they fired three bullets at him, in front of my eyes,” she told Channel 13.

“I shouted: ‘Don’t shoot him.’ They didn’t listen; they didn’t want to hear.”

“We are sorry about the incident in which Iyad Halaq was shot, and we of course share in the grief of his family,” he said.

“I am sure this issue will be quickly investigated and conclusions will be drawn,” he told a cabinet meeting on Sunday.

The mother of Iyad Halak mourns her son who was shot dead on his way to a special needs school in the Old City by Israeli border police.

Mr Gantz added that Israeli security forces would “make every effort to use necessary force with the intention of reducing casualties as much as possible”.

Tensions have risen in recent weeks after Israeli Prime Minister Benjamin Netanyahu said he would press ahead with a plan to annex parts of the occupied West Bank.

The Palestinian Authority has responded by saying it is no longer bound by agreements with ISRAEL and the United States.

The US backs Israel keeping part of the West Bank, including those relating to security.

Iyad Halaq would walk every day from his home in Jerusalem’s Wadi al-Joz area to the Old City to go to the Elwyn El Quds centre.

It’s a centre which provides services for children and adults with disabilities.

Mr Halaq’s cousin, Dr Hatem Awiwi, said he was on the low-functioning end of the autism spectrum and that he had trouble communicating with people.

“He didn’t know what a police officer is,” Dr Awiwi told Israel’s Haaretz newspaper. “He saw a stranger and fled, and then they shot him.”

An Israeli police statement said units on patrol in the Old City “spotted a suspect with a suspicious object that looked like a pistol”.

“They called upon him to stop and began to chase after him on foot. During the chase, officers also opened fire at the suspect, who was neutralised,”

“No weapon was found at the scene after the area was searched,” it added.

An autopsy carried out on Sunday found Mr Halaq was shot twice in the chest.

“The findings increase the suspicion that the policemen committed crimes, and we expect those responsible for the investigation to move it forward and put the policemen on trial,” the Halaq family’s lawyer, Jad Qadmani, said.

The secretary-general of the Palestine Liberation Organisation (PLO), Saab Erekat, said it was “crime that will be met with impunity unless the world stops treating Israel as a state above the law”.

Halaq and Floyd side by side

Eyad and George were victims of similar systems of supremacy and oppression. They must be dismantled.

It is time for justice. pic.twitter.com/EoE0opIKiR

He drew parallels with the killing of George Floyd in the US, which has sparked widespread protests.

The Ramallah-based Palestine Institute for Public Diplomacy shared a drawing on Twitter of Halak and Floyd side by side, with “two countries, similar systems” written above them.

“[Iyad] and George were victims of similar systems of supremacy and oppression. They must be dismantled,” the advocacy group said.

Palestinians and Israelis protested against the killing of Mr Halaq in Jerusalem, Tel Aviv and Jaffa on Saturday and Sunday.