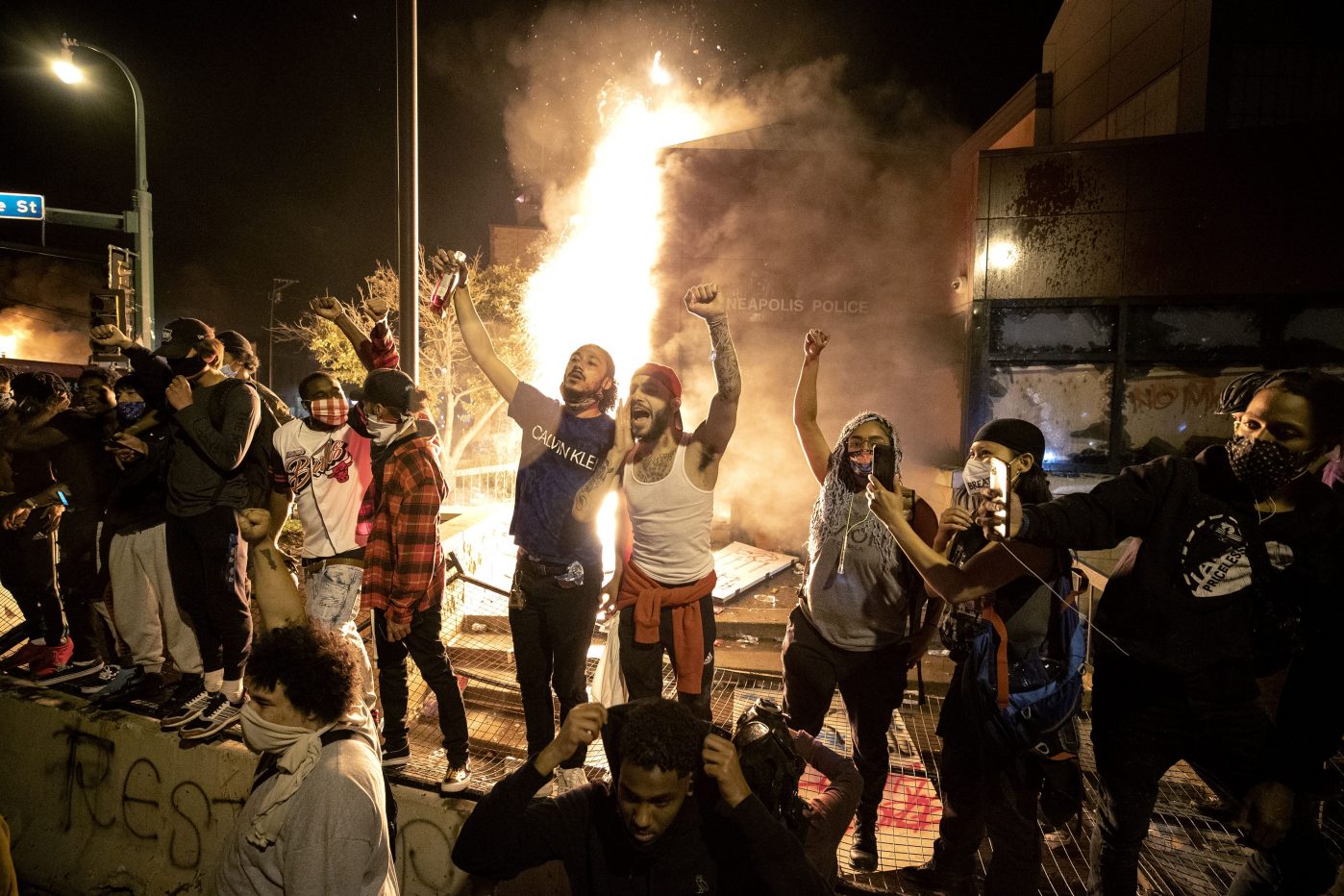 Authorities in the US city of Minneapolis and its sister city St Paul called in the National Guard on Thursday as they struggled to contain the fresh protests and violence due to the shocking police killing of a handcuffed African-American man.

After stores were looted and burned overnight Wednesday in Minneapolis, officials in the so-called Twin Cities warned they would not tolerate violence while seeking to assure that investigation into George Floyd’s death were underway.

Protests rock the Twin Cities area after the shocking death of an unarmed black man during an arrest. One demonstrator says putting an end to police brutality is long overdue, adding: “Time’s up.”

Hundreds of people began marching in Minneapolis in the late afternoon, while in St Paul, just to the east, police said there was ongoing looting.

“But we can’t tolerate people using this as an opportunity to commit crimes,” he said.

“We are not going to tolerate our buildings being burned down.”

At the request of both cities, Minnesota Governor Tim Walz called up hundreds of National Guard troops and state police to help with security.

“George Floyd’s death should lead to justice and systemic change, not more death and destruction,” he said.

Three days after a policeman was filmed holding his knee to Floyd´s neck for more than five minutes until he went limp, outrage continued to spread over the latest example of police mistreatment of African Americans.

Floyd’s family demanded the officer and three others who were present, all since fired from their jobs, face murder charges.

“Justice is these guys need to be arrested, convicted of murder and given the death penalty,” Floyd´s brother, Philonise Floyd, told CNN.

“But people are torn and hurting because they are tired of seeing black men die, constantly, over and over again.”

Sharpton said videos, including police bodycam footage, were all the evidence needed to arrest the police officers involved.

“We are going to make sure that this prosecution goes down,” said Sharpton.

The case is ‘top priority’

The videos appeared to show that Floyd had not fought back when he was arrested on Monday on a low-level charge of using a counterfeit banknote.

After his arrest, the police handcuffed him and held him to the ground, with a bystander video showing one officer pressing his knee on the neck of Floyd, who repeatedly cried that he couldn’t breathe until he went silent and limp. He was later declared dead.

We are here with the Minneapolis Fire Department ready to assist so they can safely do their mission. pic.twitter.com/FjsCJ5B8d0

Local and federal investigators said they were working the explosive case as fast as they could.

“The Department of Justice has made the investigation, in this case, a top priority,” said Erica MacDonald, the US federal attorney for Minnesota.

“To be clear, President (Donald) Trump, as well as Attorney General William Barr, are directly and actively monitoring the investigation in this case.”

The White House said Trump was “very upset” upon seeing the “egregious, appalling” video footage and demanded his staff see that the investigation was given top priority.

Minneapolis is a Warzone

This is still an ongoing situation, people are still on the streets as the fires keep burning, the neighbourhood in Minneapolis looks like a warzone.

A large number of protesters are still out early this morning in Minneapolis and a number of buildings are on fire. Hundreds of people are still protesting near the Minneapolis police building in the 3rd Precinct.

At least five other buildings in the vicinity of the station are in flames. One of the burning structures that have now been destroyed by the fire was an events space with multiple restaurants about a block away from the police station. A liquor store across the street from the station has also been burned down.

Dramatic scenes have unfolded in Minneapolis after the police arrived on the scene and clashed with protesters. It was the first time authorities had been seen on the scene in more than an hour.

The police officers, some in riot gear, immediately launched into action, using pepper spray and batons to disperse crowds near the police station. Police were seen shoving at least one person, while protesters responded by throwing projectiles at the officers as others fled the site.