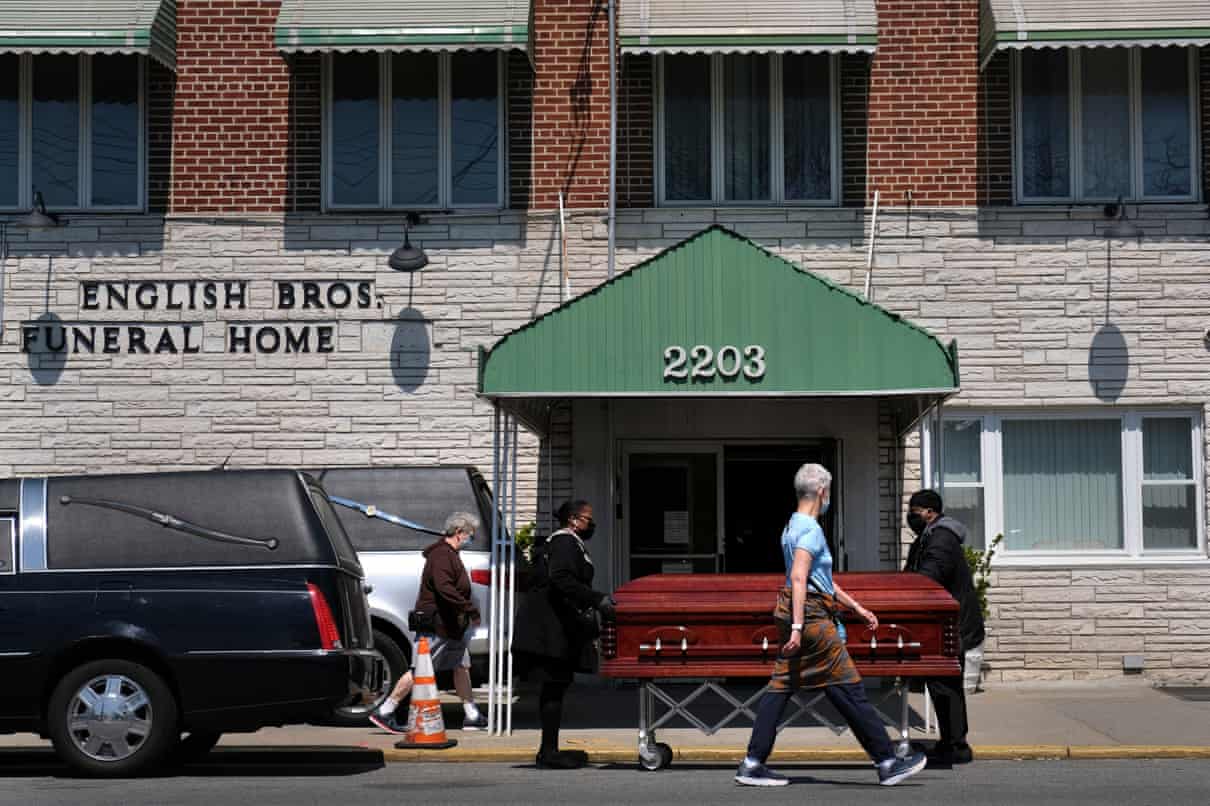 The US has passed 100,000 deaths in the Coronavirus outbreak in less than four months.

The 1.69 million confirmed infections in the US account for about 30% of the worldwide total.

The first US infection was reported in Washington state on 21 January.

Globally there have been 5.6 million people recorded as infected and 354,983 deaths since the virus emerged.

The US death toll stands at 100,276, according to Johns Hopkins University in Maryland, which has been tracking the pandemic.

It is almost the same as the number of American servicemen and women killed in Korea, Vietnam, Iraq and Afghanistan over 44 years of fighting.

But on a per capita basis, the US ranks ninth in its mortality rate behind the likes of Belgium, the United Kingdom, France and Ireland.

US states and coronavirus diffusion

Twenty states reported a rise in new cases for the week ending on Sunday, according to a Reuters study.

North Carolina, Wisconsin and Arkansas are among those seeing a steady rise in cases.

The caseload remains stubbornly high in a number of metropolitan areas, including Chicago, Los Angeles and suburban Washington DC.

Some hard-hit states are seeing a drop in death rates, including New York, where 21,000 residents have died.

During the peak of the crisis in the city, the daily death toll was in the hundreds.

Hospitals were overwhelmed and makeshift morgues were built outside health facilities.

President Donald  Trump has insisted that without his administration’s actions the death toll would be 25 times higher.

Even though, critics have accused him of a slow response.

Initially, the Republican president downplayed the pandemic, comparing it to the seasonal flu.

Back in February, he said the US had the virus “under control” and that by April it could “miraculously go away”.

Mr Trump also argued this month it was “a badge of honour” that the US had the world’s highest number of confirmed infections.

“because it means our testing is much better”. he said

A study from Columbia University in New York suggested about 36,000 fewer people would have died if the US had acted sooner.

“To those hurting, I’m so sorry for your loss,” the former vice-president said via tweet. “The nation grieves with you.”

Easing coronavirus lockdowns in the US, surging numbers of cases and deaths

Nearly 39 million Americans are out of work during the pandemic.

In spite of the death toll surging, the US is pressing ahead state by state with reopening the coronavirus-frozen economy.

All 50 states have begun to ease  COVID-19 rules in some form.

The world’s largest theme park, Walt Disney World in Florida, has plans to begin opening on 11 July, if the state governor allows it.

Currently, there is no vaccine for Covid-19.

There is also no confirmed treatment for the disease, but there are several being tested.

An AP-NORC poll conducted this month found just 49% of Americans said they would get a coronavirus vaccine.