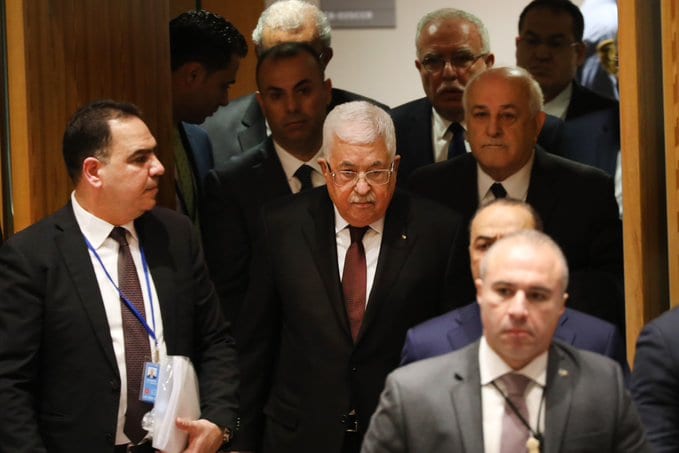 Palestinian President Mahmoud Abbas declared on Tuesday an end to all agreements signed with Israel and the United States.

The president made the announcement during an emergency meeting in Ramallah to discuss Israel’s plans to annex parts of the occupied West Bank.

He said the decision included security agreements with Israel, including those set out in the Oslo Accords signed in 1993.

Palestinian President Mahmoud #Abbas announced he was exiting all agreements with #Israel and #US governments, including security, as a result of their "deal of the century" that he said paved the way for the Israeli annexation of the West Bank. https://t.co/7Od54wctWs

The dramatic announcement comes as Israel prepares to annex parts of the occupied West Bank in a stance adopted by a new coalition government sworn on Sunday.

Israeli Prime Minister Benjamin Netanyahu promised in his election campaign to annex the Jordan Valley area of the Palestinian territory.

Abbas said his cutting of the agreements meant Israel would now have to “shoulder all responsibilities and obligations in front of the international community as an occupying power.”

He also lashed out at the US, which under Donald Trump’s administration has taken a tough line against the Palestinians, including returning the US embassy to Jerusalem.

“We hold the American administration fully responsible for the oppression befalling the Palestinian people and we consider it a primary partner with the Israeli occupation government in all its aggressive and unfair decisions and measures against our people,” Abbas said.