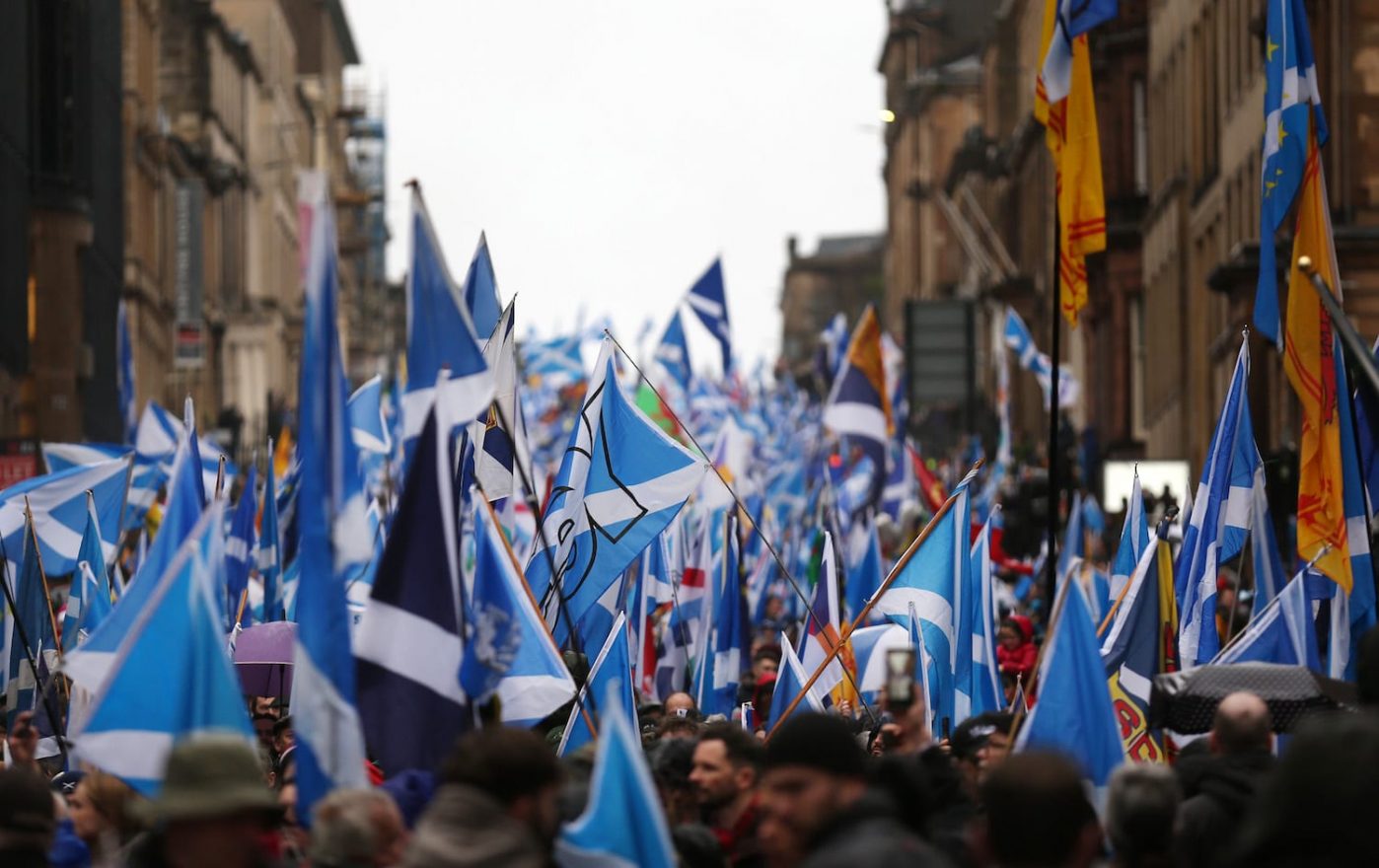 The UK’s Coronavirus crisis has reignited one of the country’s most bitter political debates: Can the United Kingdom and Northern Ireland survive as a union of four nations or will the PM’s approach to coronavirus Lockdown split the Kingdom.

On Sunday night, Prime Minister Boris Johnson addressed the country from 10 Downing Street in a recorded message, announcing his plan for the UK to emerge from lockdown.

He called on millions of people to return to work and gave a rough outline of when schools and shops might reopen over the comings months. He also shifted his government’s core message from the simple “Stay Home, Protect the NHS, Save Lives” to the more ambiguous “Stay Alert, Control the Virus, Save Lives.”

Government is on edge

But before Johnson’s message was even broadcast, Scottish First Minister Nicola Sturgeon delivered her own address. In doing so, she revealed the uncomfortable reality that Johnson has little practical power over the people living in Scotland, Wales and Northern Ireland.

In relation to Number 10’s roadmap, Nicola Sturgeon said the Scottish government had “not yet seen the full detail of the plan, so it’s not possible for us to simply adopt it for Scotland,” and that she had asked Downing Street “not to deploy their ‘Stay Alert’ advertising campaign in Scotland.” The message there was still clear to “stay home.”

Since the late 1990s, Westminster has ceded much power to legislative bodies in Scotland, Wales and Northern Ireland, allowing devolved governments to set domestic policy in areas such as health and education.

England has started lifting lockdowns and large parts of England returned to work. In stark contrast, the other three nations, which are advising people to stay home, are keeping their economies in stricter lockdown.

In England, you can now meet one other person outside your household in public — that’s not something you can do anywhere else in the UK.

Denham thinks that the pandemic has been a wake-up call for how different the four nations have become. “In relative terms, England has a much weaker state than the other three and has a far more centralized centre of power.

Coronavirus has revealed that on some key issues the other nations cannot and do not want to work with England and the way in which it is governed.”

McEwen agrees that the pandemic has shone a light on the asymmetrical political power in the UK, which had taken a battering over the past four years of the country’s Brexit debate.

“The strained relationships between the UK government and the devolved governments over the past few years have been exacerbated by the fact that the four nations are now run by different political parties who have different ideologies and different ideas about the UK’s future.”

While no one believes that the  COVID19 pandemic will bring about the death of the union, Boris Johnson’s handling of the crisis has exacerbated divisions between its four nations at a time when the UK was already in the middle of an existential crisis over Brexit.

“The English-centric idea of union was fostered as part of imperial Britain,” says Denham. “The truth is that the old idea of the union lost its sense of purpose decades ago. If the government really wants the union to survive, it has to be a partnership between all the nations.”

The latest polls suggest support for Scottish independence is now around 50 per cent with opponents disproportionately represented among the old and higher-income groups. The most radical opinion is firmly in the Yes camp. Ireland is on the road to unification. the finalisation of the Brexit process later this year will undoubtedly push these numbers along.

The question is, are the English more British than English, and can the English, who make up over 80% of the United Kingdom, really be bothered enough to save the union? or will the Brexit process and the global coronavirus pandemic increase cross-border tensions?