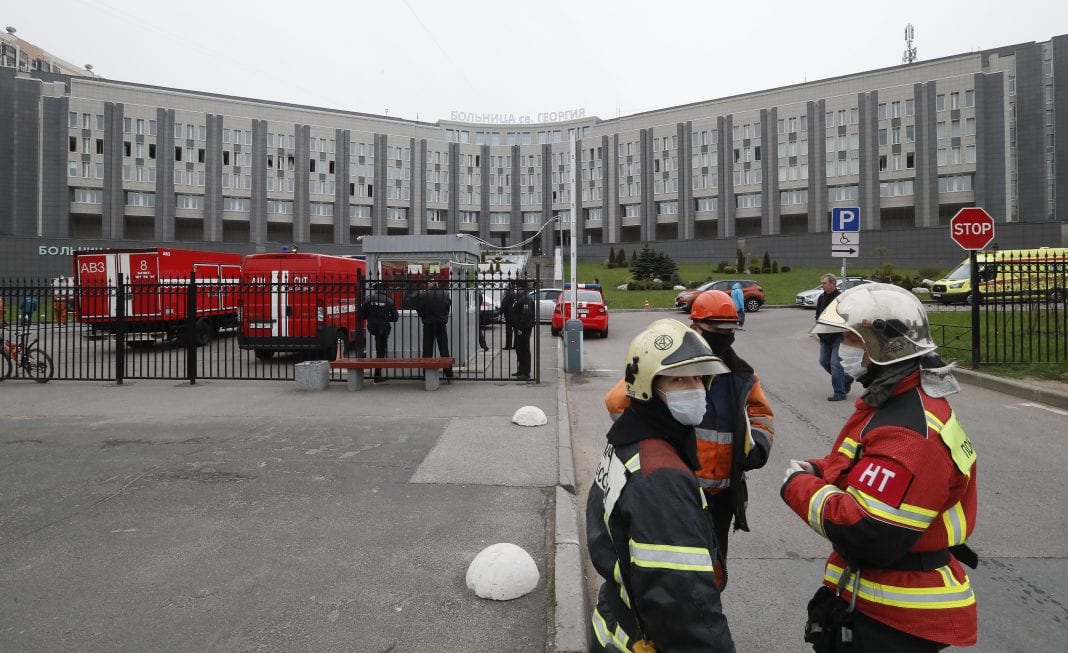 “Ventilators are being used to their limits. And according to preliminary data, there was an overload and the machine ignited, which caused the fire,” a source said

The fire has now been contained and 150 people were evacuated from the hospital, the country’s emergency ministry said and confirmed that the ventilator fire killed five patients in the Coronavirus wing of the hospital.

Russia has recorded the world’s second-highest number of Covid-19 cases, with over 232,000 confirmed cases and over 2,100 deaths, as of publication.

The fire in St.Petersburg was the second incident within a few days in Russia, as on Saturday, a fire in ICU in a Moscow hospital killed a Covid-19 patient and 200 people were evacuated.

Russia now has the third-highest number of confirmed infections worldwide.

Only Britain, Spain and the United States have recorded more cases with Brazil closely behind, in a race no-one wants to win.