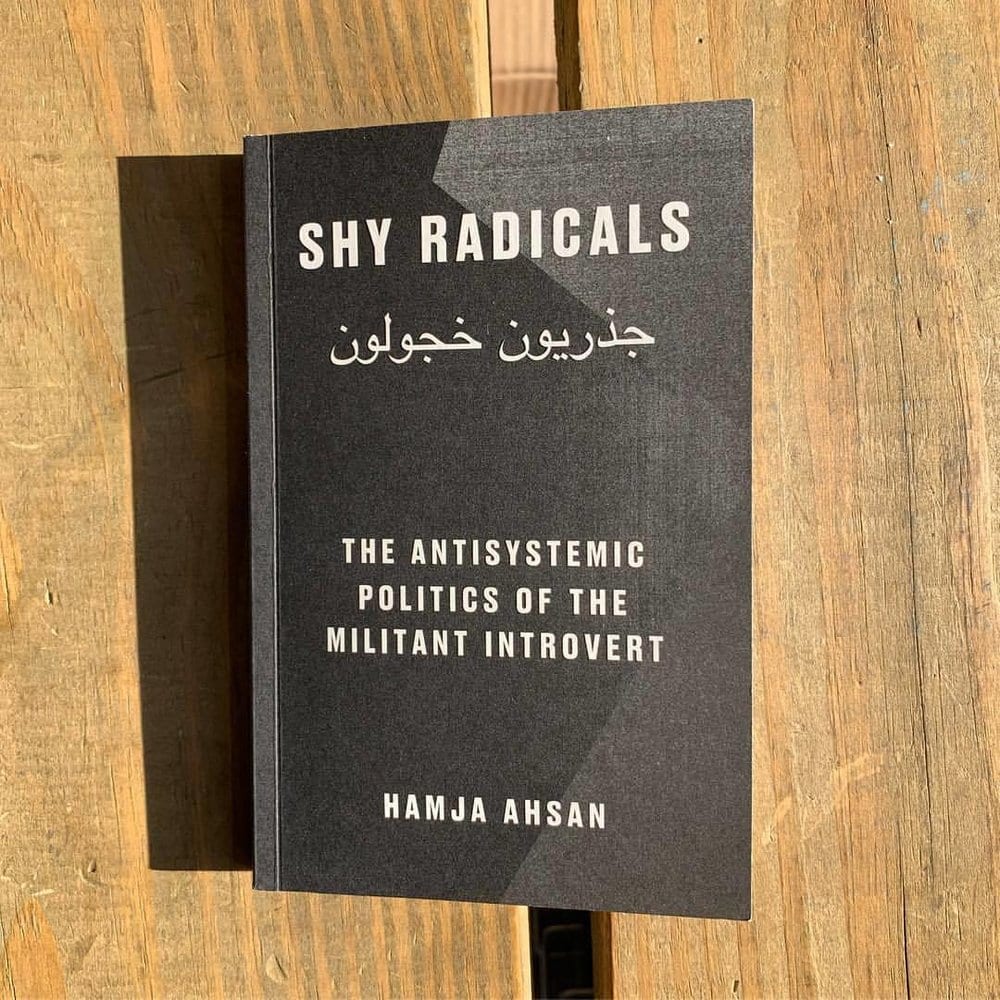 Whenever I think of Tooting I think of Citizen Smith, the young man who sticks his fist in the air and loudly proclaims: “Power to the People” as he strides out of Tooting Broadway station.

For those of you who think Lockdown Madness is setting in, I’ve just recalled a 40-year-old TV comedy, the main character being the loud, ebullient Wolfie Smith, a self-styled Che Guevara who kept us all laughing with his anti-social revolutionary tactics as the leader of the Tooting Popular Front.

So fast forward to today and Tooting has given birth to another revolutionary but he’s quite the opposite of Citizen Smith – in fact, you probably wouldn’t notice him in a crowd.That’s not to put down Hamja Ahsan, the author of Shy Radicals: the Anti-systemic Politics of the Militant Introvert.

The book is small but it is packed with humour and is exceedingly clever. It wouldn’t surprise me if it is somehow turned into a film or TV series.

In a world where many crave fame, limelight and attention through reality TV, Hamja craves isolation, quiet and the desire to live in a world far away from extroverts.

His book is a part manifesto for the imaginary nation of “Aspergistan” which is populated by other introverts whose voices have previously been silenced by the extrovert crowd.

Since he’s written Shy Radicals he’s discovered he’s not alone. The book has resonated with many around the world and slowly they are connecting, united by shared experiences of not being heard or listened to.

There’s no room for bullies and marauding gangs in Aspergistan; it’s a place for thinkers populated by people who want to be left alone, a world where it is OK to be yourself.

It’s a great book for victims of bullying to read and that’s possibly why Ofsted is impressed by its contents and quiet way of saying: Enough to those of us who pump up the volume.

The book is turning the author into the leader of a quiet revolution and Shy Radicals is now gaining momentum as a movement, a voice for those without a voice or those who choose to sit silently in the background.

The contents of the book is a tapestry of legalistic writing as befits a political manifesto but it also has a poetic weave running through its pages. The humour is subtle and dark and very, very funny. it has been described as a Black Panther-style movement but for shy people.

I’m not quite sure what Tooting’s Wolfie would make of this new revolution but, like Citizen Smith, Hamja is attempting to stand up and resist tyranny and oppression in a surveillance state. His message is resonating with others too and so, it seems Tooting has given birth to another revolutionary but this one is far quieter.

The author first became politicised in early 2006 when anti-terror police descended on the family home and arrested his brother, Talha Ahsan, on suspicion of terrorism. The SOAS graduate and poet was treated as a terror suspect on the basis of an online document (which turned out to have nothing to do with terrorism) that passed through him.

Like his brother, Talha was an introvert, shy and had been diagnosed with Asperger’s syndrome.

This traumatic experience has obviously had a major influence on Hamja who has somehow managed to draw humour from the suffering and oppression experienced by the raid on the family home and the injustice meted out to his brother.

You can see the influence the war on terror has had on Hamja as well as the thorny issues of integration and assimilation in a celebrity-obsessed society which is so busy shouting it has no time to listen.

The book is thought-provoking, insightful and a quiet space for introverts where the base of power is reversed and the volume is pumped up not by noise levels but clever use of vocabulary and articulation which gives power and empowerment to those who feel bullied into silence.

In truth, being a noisy, loud individual I found it difficult to connect or understand those who would desire to live in the state of Aspergistan – a safe haven for all Shy, Introvert and Autistic Spectrum people everywhere – but at least I now know they are there and maybe I’ll dial down the noise in their presence.

It’s certainly a great read for lockdown and hopefully, we’ll all emerge with a little more thought for those who literally just want a quiet life.

Shy Radicals: The anti-systemic Politics of the Militant Introvert, published by Book Works, 2017. Available online at Amazon and there’s a Lockdown Sale! 30% off all books until the end of April. Was £9.95 – Now £6.97