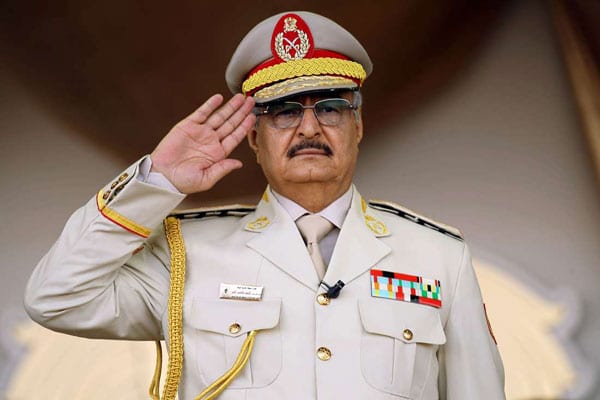 Tensions in the region have been high since Libya’s UN-recognised government Tuesday accused rival military strongman Khalifa Haftar of seeking to stage a new coup after he claimed to have a “mandate” from the people to govern the country.

The military commander Khalifa Haftar said on Monday he had “a popular mandate” to govern the country, declaring a key political deal was over as he vowed to press his assault to seize the capital, Tripoli.

Haftar, who controls swathes of eastern Libya and in April last year launched an offensive to seize Tripoli, on Monday said his self-styled “army” had “accepted the will of the people and its mandate”.

The announcement came two weeks after forces loyal to the internationally recognised Government of National Accord (GNA) in Tripoli expelled Haftar’s troops from several key cities in the country’s west.

The 76-year-old leader of the self-styled Libyan National Army (LNA) dismissed the 2015 United Nations-brokered agreement to unite the country as “a thing of the past”. In a televised address, he also pledged to create a new government.

World powers have reacted with alarm to Haftar’s latest announcement, fearful that the move could see the country, already mired in conflict since the 2011 overthrow of longtime ruler Muammar Gaddafi, plunge into further chaos.

The oil-rich North African nation has been gripped by chaos since the ouster and killing of longtime dictator Moamer Kadhafi in 2011, with rival administrations in the east and west vying for power.