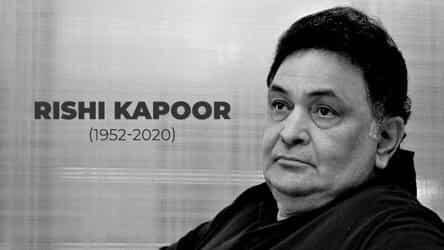 Actor Rishi Kapoor has died at 67 after a two-year battle with cancer. Rishi breathed his last at the Sir HN Reliance Foundation Hospital in Mumbai. His wife and actor Neetu Kapoor was by his side, confirmed brother Randhir Kapoor. “Yes, he is no more” he told local Indian media.

Minutes earlier, Amitabh Bachchan tweeted the news saying he was devastated. He’s GONE .. ! Rishi Kapoor .. gone .. just passed away .. I am destroyed !” wrote Amitabh, who has been a friend and colleague of Rishi’s for years.

He was part of hit films such as Amar Akbar Anthony, Laila Majnu, Rafoo Chakkar , Sargam, Karz, Bol Radha Bol and others. In the later stage of his career, he was seen in films such as Kapoor and Sons, D-Day, Mulk and 102 Not Out.

He started his career early, as a child actor in his father’s film Mera Naam Joker (1970), for which he also won a Filmfare Award. His first role as an adult came in the iconic Bobby (1973) opposite Dimple Kapadia. He also received the Filmfare Best Actor Award in 1974 for the film.

The actor was last seen in Emraan Hashmi’s The Body and had recently announced his next project, a remake of Hollywood film The Intern, also featuring Deepika Padukone.

His death left the country shocked and distressed. Fans and colleagues who were still reeling from the death of actor Irrfan Khan a day ago, voiced their thoughts.

Akshay Kumar called it a nightmare for Bollywood after the death of actor Irrfan Khan just a day before on Wednesday. “It seems like we’re in the midst of a nightmare…just heard the depressing news of #RishiKapoor ji passing away, it’s heartbreaking. He was a legend, a great co-star and a good friend of the family. My thoughts and prayers with his family,” he tweeted.

In 2018, Rishi Kapoor was diagnosed with cancer, following which the actor was in New York for more than a year to receive treatment. While he returned to India this year, he had again been hospitalised in New Delhi in early February, while on a visit to New Delhi.

My Tweets
We use cookies to help identify your computer so we can tailor your user experience, track shopping basket contents and remember where you are in the order process. WTX News Our Cookie Policy
Today’s Press briefing: lockdown extended for further three weeks
Daily News Briefing – PM to update UK on ‘steps to defeat’ coronavirus
To Top
Weekly