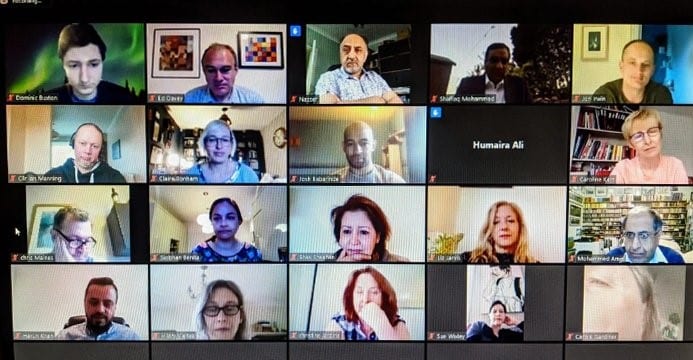 Liberal Democrat leader Sir Edward Jonathan ‘Ed’ Davey fasted on Saturday and took part in an online iftari with Muslims to show support for Britain’s Muslims observing the month of Ramadan, unusually, under a strict lockdown due to coronavirus.

This is a first for Muslims in Britain, unlike other years, there will be no Iftari party’s or extended family meals together in restaurants and no congregational prayers at Masjids.

Several Prominent Liberal Democrats are joining Muslims during Ramadan and will fast with them to raise money for a food charity in the UK.

Sir Ed Davey, MP Layla Moran, Siobhan Benita, and several other British Liberal Democrats have agreed to fast alongside Muslims and then shared his experience online. This is the first time a political party has fasted alongside the Muslim community in the UK.

The goal was to show solidarity with the Muslim community, who are having to come to terms with a Ramadan behind closed doors, not being able to congregate in people’s homes for iftar or to visit the mosque.

The spread of the virus has had a significant impact on Ramadan this year. Celebrating the Islamic holy month is typically a very social event, but the closures of mosques and current social distancing measures will adversely impact the holiday.

The Liberal Democrats aim to display solidarity with Muslims while supporting those in need.

“Muslims, and indeed many others, will be feeling a loss of community spirit. By taking part in this fast, and sharing our experiences over social media, we can help re-create the Ramadan spirit online,” Hina Bokhari wrote in the fast’s announcement on Liberal Democratic Voice.

Liberal Democrats have also encouraged other members of their party to join them if they are able, to show their support for the Muslim community as well as those who are suffering from hunger.

Harun Rashid, the Muslim Council of Britain (MCB) Secretary-General, said, “It was a pleasure to join the virtual iftar with Ed Davey and his colleagues who were all fasting in solidarity with Muslims. It was heart-warming to witness their commitment to fast the entire day to appreciate how Muslims carry out their duty to abstain from food and drink whilst continuing to go about their daily business.”

“I hope actions such as this help us to bring greater understanding between people of all faiths and none and forge greater bonds of friendship,” he added.

Participants also raised money for charities which are tackling the cause of hunger in the UK, an issue which has been exacerbated in the last few weeks.