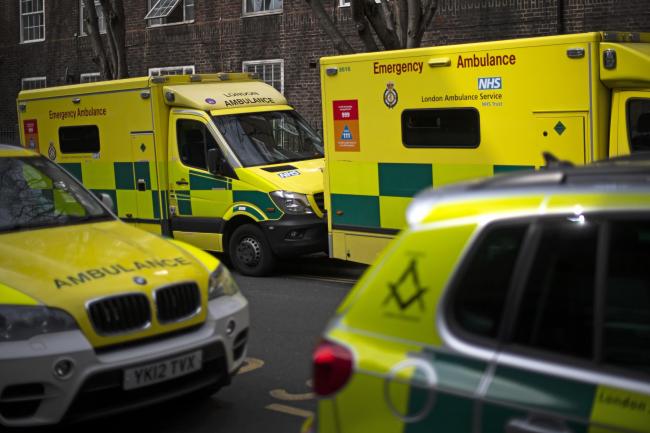 West Herts NHS Trust is urging people to go to other hospitals “even in an emergency”. Those with non-urgent issues are being told to call 111.

According to a Doctor who works at the hospital, last night the hospital ran out of Oxygen in one of the patients rooms.

The announcement on social media by Watford General Hospital came soon after the latest UK coronavirus figures have been released by the government.

Officials say that as of 17:00 BST on Friday, 3 April, of those hospitalised in the UK who tested positive for coronavirus, 4,313 have died – an increase of 708 from the previous day.

Hospitals are beyond max capacity in the UK

The Worldwide cases of COVID-19 have passed 1.1 million, and at least 60,000 people have died. In the UK, health officials reported a record 708 more deaths, with the public, urged to stay at home as the weather turns warm this weekend.

It is understood that the hospitals are overrun, with no more spaces for patients and critically. The concern for the spread of OCVID-19 is rising in hospitals. Beyond max capacity and overflowing it will be higher, as they don’t have enough protective equipment for their staff.

A source has confirmed to the Watford Observer that a critical incident has been declared and that a statement will be issued shortly.

The trust has not expanded on why this action has been taken as of yet however a statement is expected imminently.

The number of 708 deaths is a new high, but a fall in cases indicates the UK is slightly below trend. The drop in new confirmed cases from 4,450 on Friday to 3,735 cases shows a continued slowdown. New cases were growing by about 20% a day up to last weekend. And in the last week, they have slowed to about 10% a day.

The figure of 708 new deaths is a record high, but it is also below scientific expectations. Showing that the UK lockdown is working. Deaths have been growing by just under 25% each day. That means doubling every 3.5 days. A continuation of that would have taken us from 684 deaths on Friday to more than 800.

The first day of a below-trend growth is too soon to call a turn, but there is hope that the slowdown we’re seeing in case numbers will eventually feed through into the numbers of new deaths.