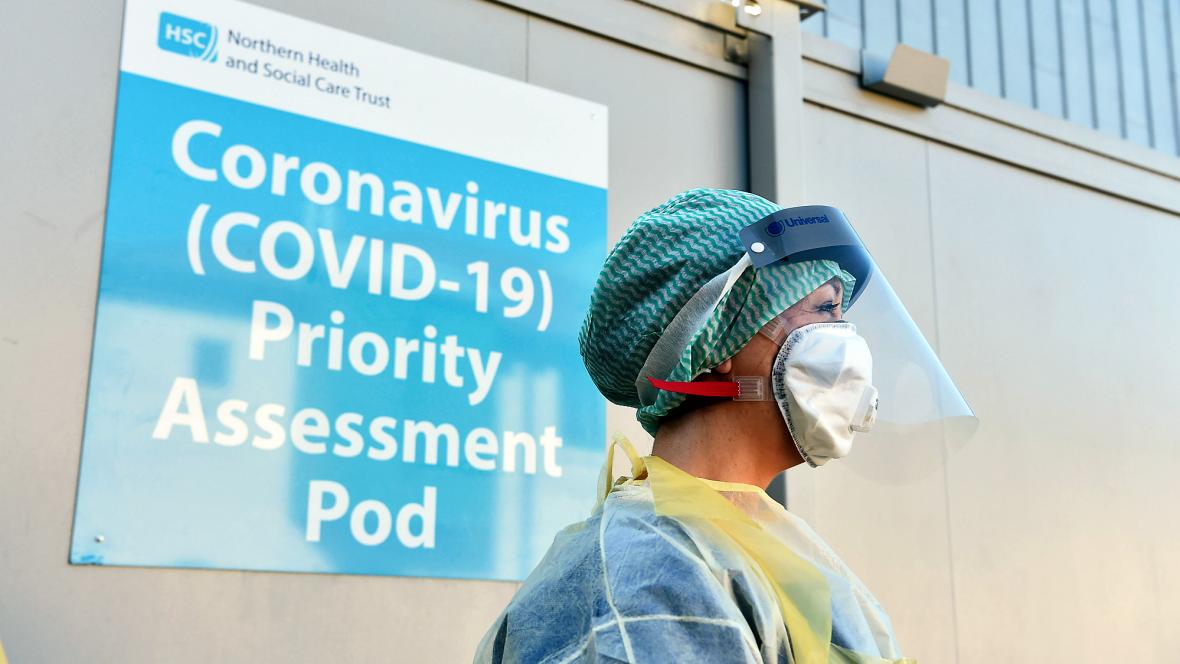 Hospitals in the British capital are being overwhelmed by COVID-19 patients, the head of an organisation representing bosses in the state-run National Health Service said on Thursday and it’s only going to get worse as the NHS is expecting a tsunami of patients in the coming weeks.

UK deaths have risen to 465, out of 9,500 confirmed cases. But this figure will rise significantly over the coming weeks, we are on the verge of the spike And London will be the epicentre as London makes up a third of the UK total. The UK is bracing itself for the upward curve, the death toll and numbers of infected will to grow significantly. Even with the provisions, the NHS is making they simply do not have the resources to cope with the numbers that will flood in.

The chief executive of NHS Providers, Chris Hopson, told BBC radio that London hospitals had seen an “explosion of demand… in seriously ill patients,” likening it to a “continuous tsunami,” with numbers predicted to surge in the next fortnight. “They talk about a wave, after wave, after wave,” he said. “The word that’s often used to me is a sort of continuous tsunami.”

The government is opening a temporary 4,000-bed hospital at the London Excel exhibition centre in London next week to treat patients with the virus. It is reported that 10 similar facilities could be set up around the country.

Hopson said the problem of dealing with the increased number of patients was exacerbated by the “unprecedented absence rate” of medical staff.
“We’re now seeing 30, 40 and even some places 50 percent sickness rates,” he said, adding that there was also a “real problem” with ventilator capacity in hospitals.

His comments came as the government announced it had ordered 10,000 emergency ventilators to help tackle the pandemic from billionaire entrepreneur James Dyson.

In an email to staff, the inventor said his company designed the “CoVent” at the request of Prime Minister Boris Johnson and promised to donate 5,000 to the international relief effort.
Dyson said teams of engineers had been working on the design since receiving the call 10 days ago.

“We have received an initial order of 10,000 units from the UK Government, which we will supply on an open-book basis,” he said.

Hospitals have cleared the decks

From next month all routine operations, such as hip and knee replacements, are being cancelled for three months. There is also a drive to get as many patients discharged from the hospital who do not need to be there.

At the start of March, about eight in 10 were occupied. But several hundred are occupied by patients following routine operations so stopping those will give the NHS extra headroom.

The NHS is aiming to get up to 12,000 intensive care beds in total by sourcing extra ventilators.

Retired NHS staff are covering for the ill

One of the reasons retired doctors and nurses are being recruited is because of the need to cover staff who are off sick themselves. This is in addition to the 400,000 volunteers who are working with the NHS that the Prime Minister announced yesterday in his daily briefing.

Hospitals have already started reporting that large numbers are having to self-isolate at home because they fear they have the virus or a member of their household does.

One of the problems is that health staff still cannot get tested. Currently, the government is only able to test about 6,000 people a day and this is being prioritised for hospital patients.

However, the government is looking to increase this to 10,000 daily tests by next week and 25,000 by mid-April to cope with the tsunami of patients that will flood the NHS.