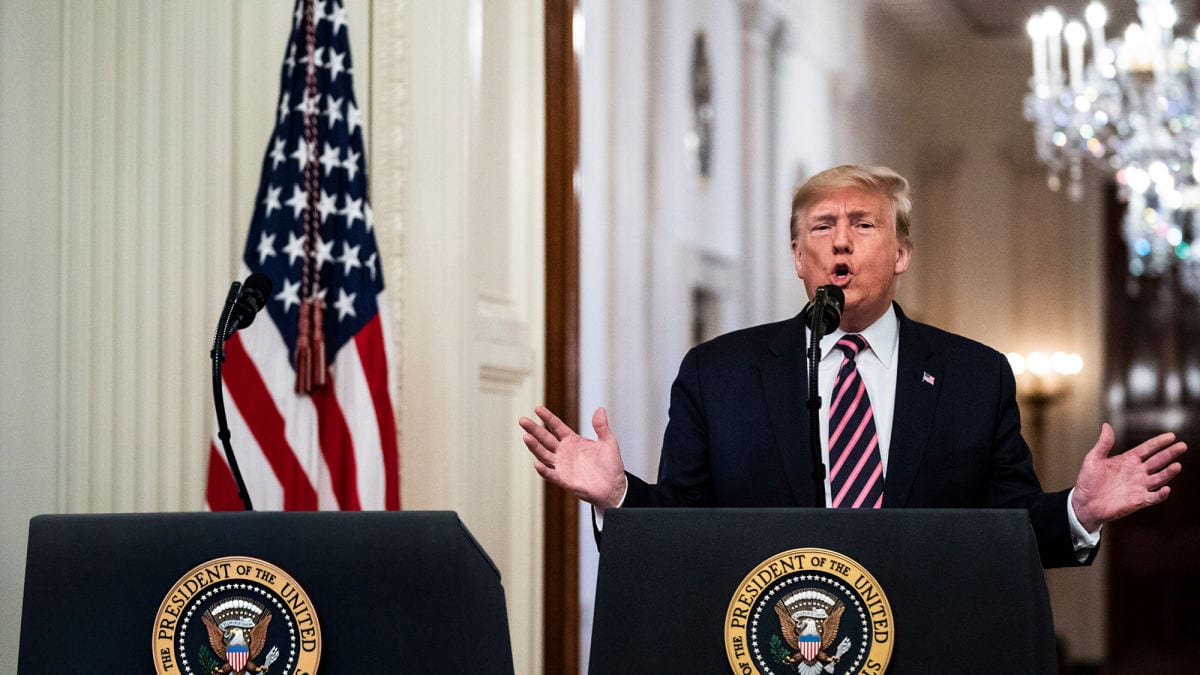 American President Donald Trump and his coronavirus taskforce have been delivering another update on the state of the country amid the coronavirus crisis.  And so far this is what we heard from Washington DC.

The defence department will be making millions of respiratory masks and other personal protective equipment available, including up to 2,000 ventilators for the health services to use.

The president announced that he is suspending all foreclosures and evictions until the end of April, as deaths are rising and the number of infected has risen rapidly.

Research into the coronavirus is going to get a push, in the coming days, laboratories will be able to run tens of thousands of tests per day; the US is also working on creating a self-swab test. Concerns about monitoring them have been levied by analysts reacting the President’s statement.

The task force cautioned that early reports from Europe show some younger people have become seriously ill with Covid-19 and called on millennials to practice social-distancing.

Trans States Airlines is closing nine months earlier than planned to become the second airline to wind up during the coronavirus outbreak after UK carrier Flybe.

TSA was due to close at the end of the year due to consolidation and a pilot shortage. But it has decided to shut its doors next month as travel demand dries up due to coronavirus travel restrictions.

So far the confirmed cases worldwide have passed 220,000, and more than 8,000 people have died. This number will grow significantly as the US and UK are still tested less than 0.1% of their respective populations.