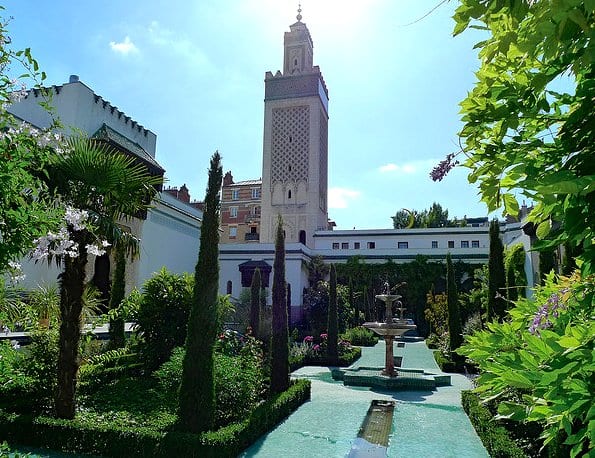 French authorities and French Council of Muslim Faith (CFCM) have advised all large Mosques to close in France for Friday (Jumma) prayers in France to combat Coronavirus Outbreak.

As of next Friday, all large mosques in places such as Paris, Ivry, Argenteuil and Strasbourg which accommodate more than 1,000 people would be advised not to open for Friday prayers.

The death toll in France has reached 30, and the French Council of the Muslim Faith (CFCM) has given instructions to the country’s 5 million Muslims to be followed in all Islamic places of worship.

According to the spokesperson from the mosques next Friday all large mosques in places such as Paris, Ivry, Argenteuil and Strasbourg which accommodate more than 1,000 people would be advised not to open for Friday prayers, and that worships should instead pray at home.

French Minister of Culture Franck Riester, who tested positive for the coronavirus, is feeling well despite his condition.

Riester is believed to have caught it from one of the five French parliamentarians to have thus far been diagnosed with the virus, having spent several days last week in the National Assembly.

The French government has instructed the population to regularly wash their hands with soap, not to shake hands, and to use towels for washing before prayers.

In the region of l’Oise, a decision had already been taken to close all mosques and other public gathering places. Both l’Oise and Mulhouse have experienced a spread of the virus and been advised to close all mosques for the five daily prayers. There were also instructions that unwell people and the elderly should not attend mosques in those areas until further notice.

He added that despite the coronavirus, there had not been a noticeable drop in the number of people going to mosques.

And this is the reason why the CFCM and the French Government insist on different imams advising the Muslim community to be cautious, to implement the necessary instructions in order to avoid the spread of the virus. So the advice to all is Mosques should close on Friday, including The Grande Mosquee in Paris.

How does coronavirus spread?

The Virus spreads through germs, when the infected person coughs, sneezes or is visibly sick. The person who coughs or sneezes should catch there cough/sneeze in a tissue and then dispose of it immediately.

Viruses can last for 24 hours

In a typical setting, in the home, a virus can incubate itself and survive for approximately 24 hours. So always wipe down all surfaces, especially when you cook. Protect you and your family by using antibacterial wipes when you enter the home, from germs that may have been brought in from the outside whilst shopping.

What to do if you see someone sneeze?

If you are 2.5 meters away from the person who sneezes you should be safe from infection. Or give them a mask. If you feel you were closer than approx 2.5 meters then you should wash your hands with antibacterial gel and also wash your face with soapy water.

Vitamin C will help against coronavirus

Drink and consume plenty of Vitamin C, although it is not a cure, it will help the immune system fight against the Coronavirus, COVID19.

Apart from in the region of l’Oise, no decision has been taken prohibiting people, even the elderly, from going to mosques for the normal 5 daily prayers.

The CFCM was created in 2003 as the link between the French government, imams, and the people running mosques in France. It was meant to take care of all problems in France relating to Muslims and their religion. It does not, however, represent the Muslim community.

The CFCM takes care of such religious issues as establishing cemeteries, authorizations for building mosques, and the appointments of chaplains in prisons.

In recognition of the seriousness of the situation, the protection of French President Emmanuel Macron has been strengthened. Elysee sources confirmed that his chief of staff, Patrick Strzoda, was working remotely as a precaution because he had been in contact with a person who had tested positive for coronavirus.

My Tweets
We use cookies to help identify your computer so we can tailor your user experience, track shopping basket contents and remember where you are in the order process. WTX News Our Cookie Policy
WHO declares coronavirus a pandemic
Daily News Briefing: Trump bans Europeans – Virus kills 2 more Brits & Tom Hanks has coronavirus
To Top
Weekly