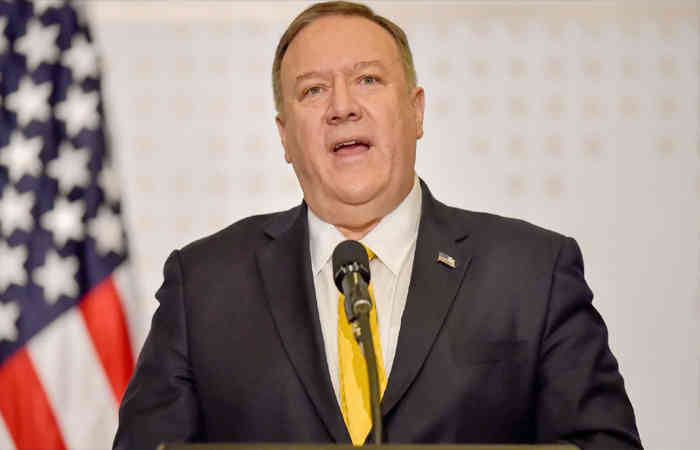 The US has called for Iran to release all American prisoners held in the country as the coronavirus outbreak is said to be spreading through their prison systems.

“The United States will hold the Iranian regime directly responsible for any American deaths. Our response will be decisive,” US Secretary of State Mike Pompeo said in a statement.

“Reports that COVID-19 has spread to Iranian prisons are deeply troubling and demand nothing less than the full and immediate release of all American citizens.

Iran’s response to virus which included the release of 70,000 prisoners was “too little, too late,” a UN rights expert said Tuesday.

Javaid Rehman, the UN’s reporter on human rights in Iran said Tehran was trying to “fudge” it’s handling of the virus outbreak. Iran’s outbreak has been one of the deadliest beyond China.

“The situation on coronavirus is highly disturbing within Iran,” Rehman told reporters at the UN in Geneva.

Iran reported 54 new deaths over a 24 hour period on Tuesday. It was the highest single-day toll since the start of the outbreak in the country. Tuesday’s confirmed deaths brought the overall Iran death toll to 291 out of 8,042 infected.

In December Iran said it was ready to swap more prisoners with the US after it secured the return of scientist Massoud Sleimani in exchange for Xiyue Wang – a Chinese-born American held in the Islamic Republic.

The tension between Tehran and Washington has been apparent for decades. But it has drastically escalated since 2018 when President Trump withdrew from a landmark 2015 nuclear deal and reimposed sanctions on Iran.