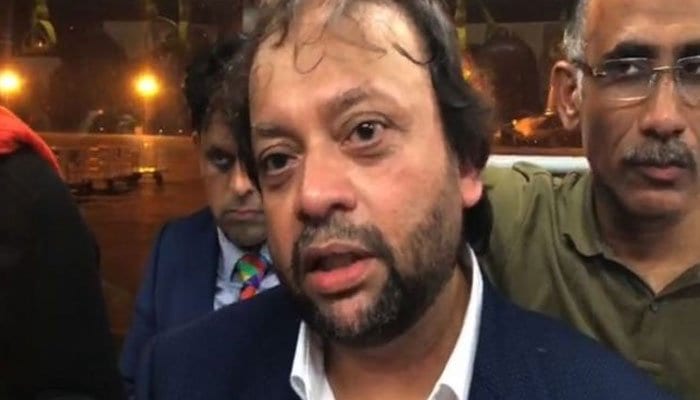 The personal doctor of PML-N chief Nawaz Sharif, Dr Adnan, was attacked in central London yesterday, by some ‘PTI goons’. It is alleged the frustrations of the PTI followers have led them to forcibly harass the former PM and his team, whilst he is in London receiving medical treatment. A source close to the incident has confirmed these allegations.

The doctor, who is not a political party member, was cowardly attacked in Park lane outside the Aston Martin showroom.

Mian Nawaz Sharif’s doctor @Dr_Khan got attacked near Park lane, received injuries and has been taken to hospital by London ambulance. pic.twitter.com/K9TucKZnsl

The Met Police confirmed that they have received the report about the assault and an investigation has been opened.

The attack happened in the evening whilst the doctor was going out for the daily evening walk when two men wearing masks attacked him from behind, punched him on the floor and used a metal bar to beat him before running away.

It has been suspected the Dr was targeted and the attackers were waiting for him to embark on his walk, which is a daily routine. The suspected PTI supporters quickly fled the scene however, the police are hopeful some CCTV will have captured some images that they can pursue further.

Police confirmed to have received a complaint of assault. Dr Adnan has been taken to hospital by the ambulance services. Ambulance services confirmed the assault. It has been reported that he had been receiving threats on phone for many weeks. And has submitted his phone to the police for further investigations.

A Sharif family spokesman has confirmed assault of Dr Adnan Khan. The spokesman said: “The cowardly attack is condemnable. Dr Adnan received several threatening calls on his number. We reserve our right to respond to assaults of such nature within the legal bounds.”

There has been a massive spillover in rivalry and antipathy between Pakistani Prime Minister Imran Khan’s PTI followers and the former Prime Minister Nawaz Sharif’s party and members. SO far the PTI team have not responded to our request for comments.