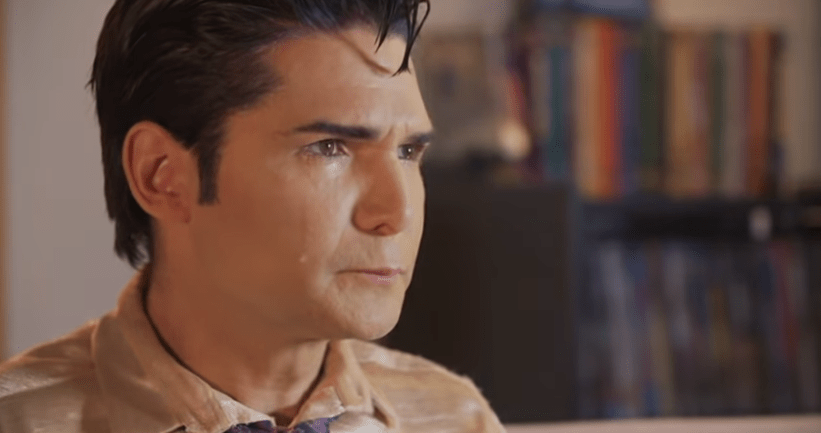 In his new documentary (My) Truth: The Rape of Two Coreys, Corey Feldmans film named those, he says, sexually assaulted him and friend Corey Haim when they were child stars.

Among the names, Feldman alleged Haim had told him, actor, Charlie Sheen raped him while making the 1986 Steven Spielberg film’s ‘Lucas Productions’.

Charlie Sheen has in the past denied ever engaging in improper behaviour with Haim.

“This wasn’t like a one-time thing he said in passing. It wasn’t like ‘Oh, by the way, this happened.’ He went into great detail,” Feldman said in the documentary. “He told me, ‘Charlie bent me over between two trailers and put Crisco oil on my butt and raped me in broad daylight. Anybody could have walked by, anybody could have seen it.”

Corey Haim died from pneumonia in 2010.

Haim was 13 and Sheen was 19 when they worked together on Lucas.

Corey Feldman tells Wendy about his new documentary 'My Truth: The Rape of 2 Coreys'. pic.twitter.com/frsm4YxPVM

Several other people in the documentary also claimed either Haim directly told them he had been abused by Sheen as a child or they had heard about it from other people years later.

He also accused former actor Dominick Brascia who was once a friend of both Coreys, of sexually abusing Haim.

“I said it’s not me I’m sick and tired of saying that when no one listens. So goddamnit I’m not repeating it anymore,” the comment said, according to Page Six.

Weiss has also previously denied the allegations, writing on Twitter last month, “Corey Haim would never grandstand sex abuse for profit nor would he have thrown innocent names around due to personal vendettas. The fact that Feldman uses me to convince ppl that CH was a sex fiend is horrific and exposes both his jealousy of Haim & CF’s friendship with me.”

‘Hackers trying to prevent the stream’

The documentary was a pay-per-view event online at $20 a ticket, but 45 minutes after it was supposed to begin it still hadn’t started. Instead, viewers saw an error message.

Later, the site read “Please be patient. The hackers are trying to prevent the stream from airing. The program will begin momentarily. We appreciate your patient and support!”

Feldman was in attendance as the movie was streamed in front of friends and media. Celebrity guests in attendance at the screening included Rosanna Arquette, Dave Navarro, Chris Kattan, Ron Jeremy and Jamie Kennedy.

Back in 2011, Feldman first publicly spoke up about what he calls rampant paedophilia in Hollywood. And again in his 2013 memoir Coreyography he alluded to who abused Haim but didn’t use the real name.

In his memoirs, he talks about the day he met Haim and how the pair bonded. Feldman says in the passage “Haim started to confide in me, about some intensely personal stuff, very quickly after that. Within hours of our first meeting, we found ourselves talking about Lucas, the film he made in the summer of 1985, the role I had wanted for myself. At some point during the filming, he explained, an adult male convinced him that it was perfectly normal for older men and younger boys in the business to have sexual relations and that it was what all the ‘guys do.’”

I support Corey Feldman. I hope he takes takes the bad guys down, there are so many. His documentary airs on Monday (google it.) Corey is brave and his truth should be heard. #coreyfeldman #itssohard #respect https://t.co/QnibsS2SSm

In 2017, Brascia – who is one of the people Feldman accuses – reportedly told the National Enquirer that Haim had told him that he and Sheen “smoked pot and had sex”. Sheen died the allegations and sued the Enquirer for libel.

Brascia also claimed Haim and Sheen had sex years later. “Haim told me he had sex with Sheen again,” Brascia told the publication. “He claimed he didn’t like it and was finally over Sheen. He said Charlie was a loser.”

Sheen denied the allegations and sued the National Enquirer for defamation. He gave a statement to TMZ at the time proclaiming his innocence.

“In my nearly 35 years as a celebrated entertainer, I have been nothing shy of a forthright, noble and valiant courier of the truth,” Sheen told TMZ. “Consistently admitting and owning a laundry list of shortcomings, wrongdoings, and indiscretions this traveller hath travelled — however, every man has a breaking point.”

He added, “These radically groundless and unfounded allegations end now. I now take a passionate stand against those who wish to even entertain the sick and twisted lies against me. GAME OVER.”

But the case had an unexpected twist when Haim’s mother Judy sided with Sheen and then accused Brascia of being her son’s sexual abuser during an appearance on The Dr Oz Show.

Sheen’s complaint filed in 2017 alleged that he had been the object of “a particularly egregious, hurtful, and disgusting campaign of defamations falsely asserting that Mr Sheen sodomised a thirteen-year-old celebrity actor Corey Haim.” It also questioned Brascia’s reliability since Brascia himself had also been accused of abusing Haim.