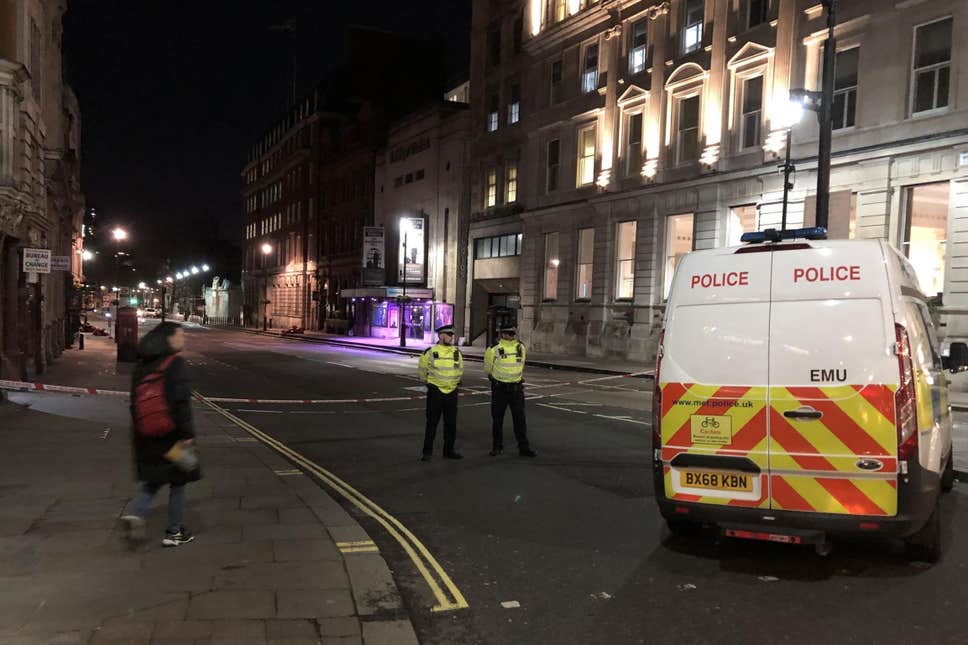 A man has been shot and killed by police in Westminister, Central London after pulling out two knives when confronted.

The incident is not being treated as terror-related, the MET Police said.

The Met said officers were patrolling the area at around 11:30 pm on Sunday when they noticed the man “acting suspiciously.”  When he was challenged by the officers he produced two knives, police said.

Armed officers responded by firing a Taser and a gun at the suspect, who was pronounced dead at the scene not long after.

No officers or members of the public were injured during the incident.

The Met Police tweeted: “A man has been shot dead by officers following an incident in #Westminister at 23.27hrs on Sunday, 8 March.

This is NOT being treated as a terrorist incident.”

UPDATE: Full statement on the incident in #Westminster.

Road closures will remain in place for some time.

The Directorate of Professional Standards and the Independent Office for Police Conduct (IOPC) have been informed.

The IOPC said its “thoughts and sympathies” were with those affected.

“It is mandatory for us to conduct an independent investigation when the police fatally shoot a member of the public,” it said.

“We have established protocols with the police to ensure our investigations do not hinder their ability to conduct enquiries as part of their related investigations.”

My Tweets
We use cookies to help identify your computer so we can tailor your user experience, track shopping basket contents and remember where you are in the order process. WTX News Our Cookie Policy
Daily News Briefing: Iran’s virus death toll leaps – Cobra meeting due after third Brit dies of COVID-19 & MH17 trial begins
The Scottish Highlands from Space – Monday Motivation from the International Space Station
To Top
Weekly