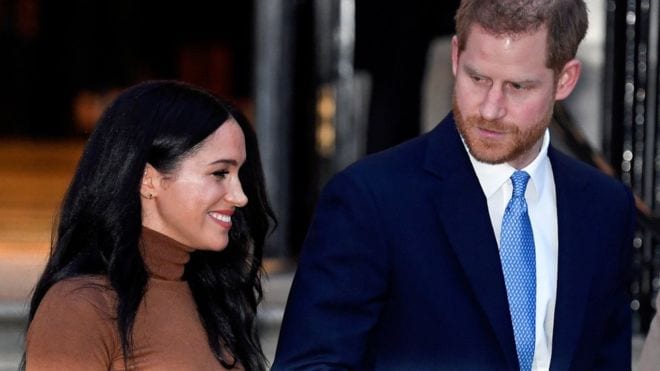 Meghan Markle has been slammed for ‘ruining’ her husband Prince Harry’s happiness and turning him into an “awful sad man” over the course of their marriage. Meghan slammed on International Women’s Day by the royal photographer Arther Edwards.

According to royal photographer Arther Edwards, the former royal was merely acting during the first half of her marriage to Prince Harry. He accused her of “playing a very good part.”

Edwards also suggested that “I personally think that he will come back and whether she comes or not, I don’t know. He will miss it so much. He’ll miss his own family and he’ll miss this country.”

This revelation comes on the night when Duke and Duchess of Sussex were greeted with a standing ovation as they attended one of their final official events as working royals. They were guests of honour at the festival, The Albert Hall performance marks the 75th anniversary of the end of World War Two and the 80th anniversary of the formation of Britain’s Commandos.

The Duke and Duchess of Sussex were greeted with a standing ovation as they attended one of their final official events as working royals.

The couple wore matching red outfits for the Mountbatten Festival of Music at the Royal Albert Hall.

The duke and duchess received a long round of applause from the audience as they took their seats in the royal box.

They will step back from royal duties at the end of the month.

“They say Meghan gets what Meghan wants”

During an interview with Dan Wootton on talkRADIO, Mr Edwards said, “she is an actress and for the first year I thought she was wonderful. I thought she was a great ambassador for the country. I now realize it was acting. She turned Harry into this dour, awful sad man.”

Wootton interjected and asked, “So you think Meghan was acting when she first took on the royal role?” Edwards responded by saying, “I think she was playing a very good part.

The Duke and Duchess of Sussex last night attended the @EndeavourFund Awards.

‘The Endeavour Fund came from seeing the gaping hole that can be left after taking off that uniform.’ – The Duke of Sussex https://t.co/5nxhB0NZur

“They say Meghan gets what Meghan wants but I’ll tell you this, she’s lost the love of the British public and she’s got to work very hard to get that back.” attacking The Duchesses character as he slammed Meghan on International Women’s Day.

The radio host then went onto say, “It feels like Meghan had made her mind up” and that “nothing was going to keep her in the UK in the end.” Referring to the Duke and Duchesses move to Canada, which Edwards suggests was forced upon Harry by Meghan.

Edwards concluded the conversation by stating, “and you wonder what it is in America that’s drawn her there – whether she’s had an offer of a big film.

“I wouldn’t be surprised because any producer that would put her in a film would sell a lot of tickets because we would all want to go and see it,” he added.

Harry and Meghan will cease to be working members of the Royal Family on 31 March, but the arrangement will be reviewed after 12 months.

Before announcing their plans to step back from royal duties in January, they had spoken about how they had struggled under the media spotlight.

There is now nothing Royal about them other than their names, the Duke and Duchess of Sussex, and their private connections with their relatives.

There will be no public royal role, no military commands, no royal tours and now not even use of the word “royal”.

The loss of “Sussex Royal” will be a blow. It is their public face, their brand, their hugely popular social media name.

A spokesperson for the couple has previously said they intend to split their time between the UK and North America.